At our cruise altitude of FL240 I changed the SPD/MACH hold from indicated airspeed to Mach # and dialed in Mach .80. Increasing the Mach number above Mmo into the red “overspeed” warning area of the airspeed tape led to total pitot/static instrument chaos with the altimeter jumping all over the place and the airspeed tape dropping all the way to zero at one point. Easing back out of the overspeed condition the instruments returned to their normal functions. Even in a minor overspeed condition the flight instruments should function normally but there appears to be a glitch in the SSW model for that condition. 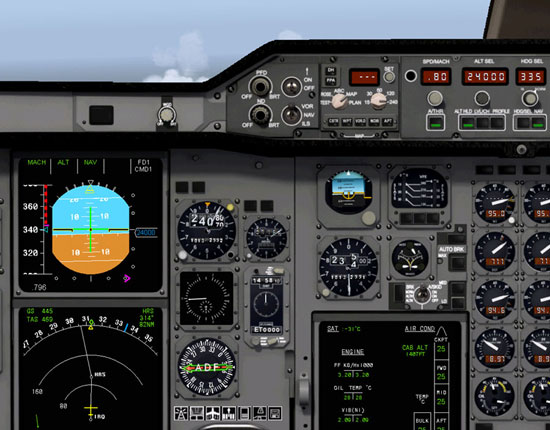 Soon we pass over the Nashville VOR (BNA) and start flying the published WLDER FOUR arrival to Memphis. 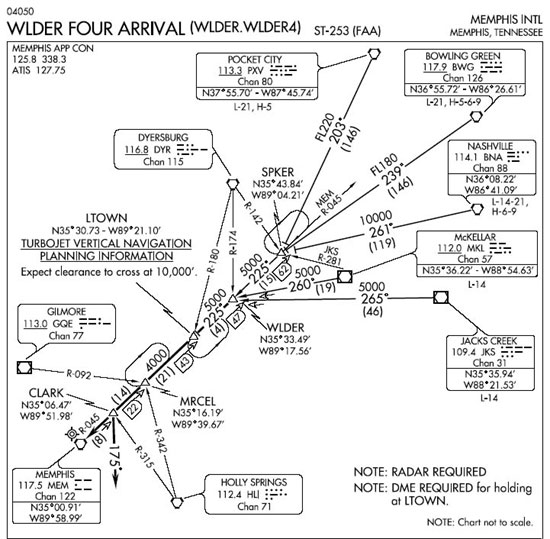 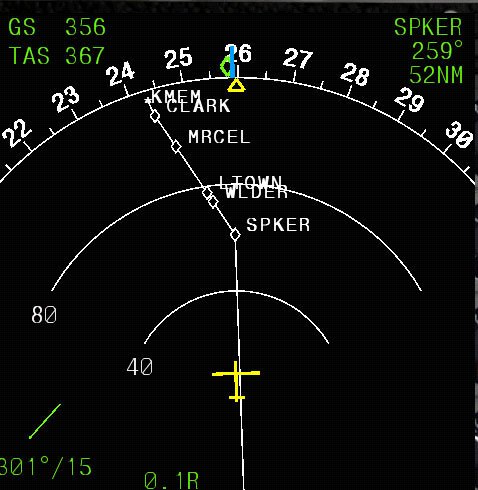 On the throttle pedestal I tune in the VHF radio to the ATIS frequency to copy the current weather and approaches to expect. 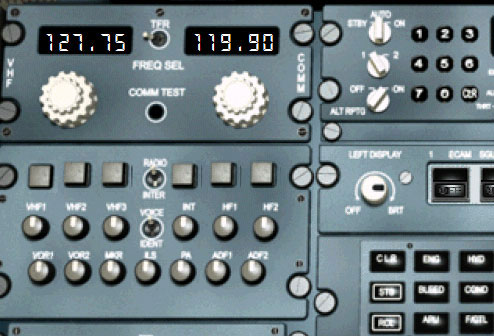 On the eyebrow panel I dial in 10-thousand feet to meet the crossing restriction at WLDER intersection and use the vertical speed mode to manage the descent (this could also have been done via the FMC).

Just after passing WLDER intersection I start getting vectored for the ILS approach to Runway 27 on the north end of the field since that is the location of the FedEx ramp. I’ve also slowed my speed up to 250 knots under 10-thousand feet (an FAR requirement). 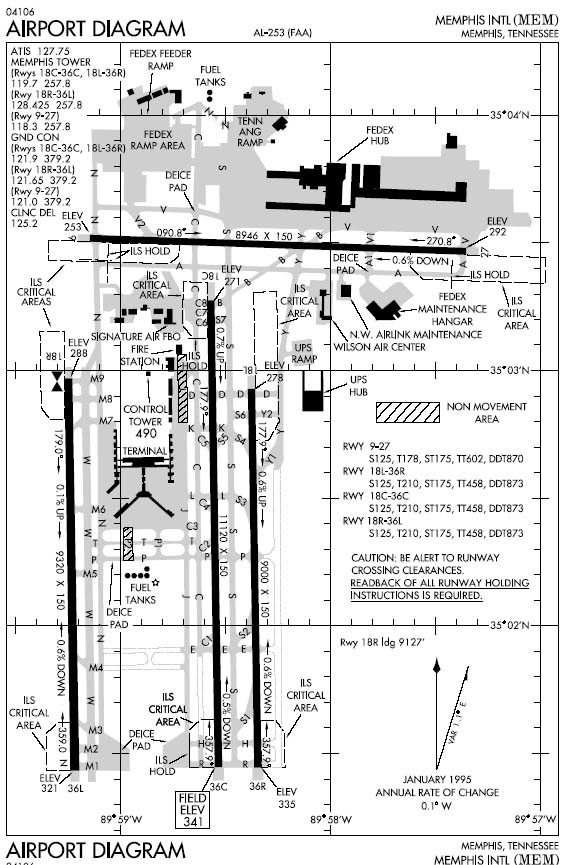 Now that I’m out of FMC lateral guidance I switch my EHSI to ILS mode, tune in the ILS and set the inbound course on the HSI. Here I’ve set the 200 foot decision height, 180 knots of airspeed for the initial approach, and we are on the localizer approaching glide-slope intercept at 2000 feet. 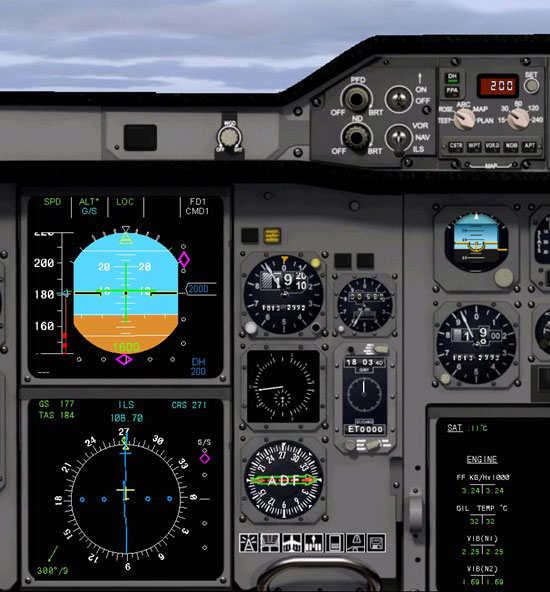 When the glide-slope is one dot above capturing the landing gear gets extended and the rest of the flaps start running. 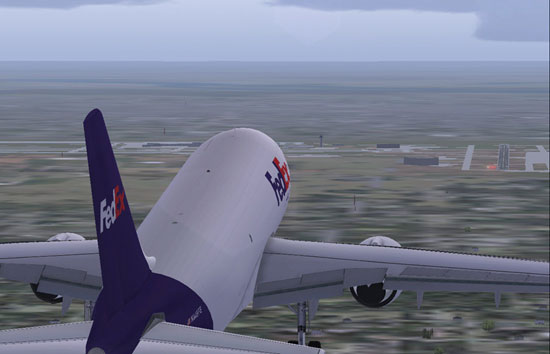 While localizer tracking works very good with the SSW Airbus the glide-slope capture and subsequent tracking suffered a bit of variations so I disconnected the auto-pilot and stabilized the approach by hand-flying the aircraft. On the airspeed tape you can see we are flying a Vref of about 158 knots or so and the red and black warning area is the beginning of Vss speed or the point at which the stick shaker will activate. 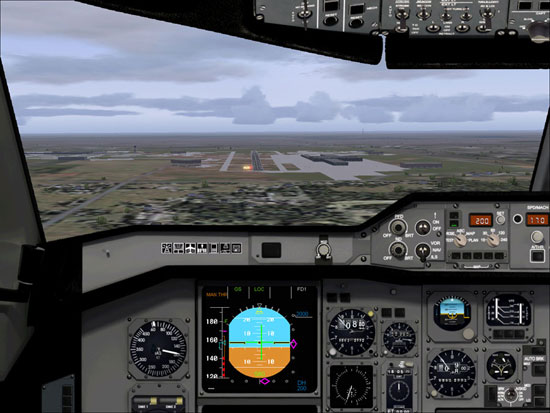