As we streak across the sky ticking off the waypoints on the flight plan I don’t waste any of the enroute time. On a flight as short as this one there isn’t much time for doing anything other than planning for the arrival. Pulling up the APPROACH page I see the Vref speeds for our arrival gross weight relative to the flap setting for landing. I’ve selected the ILS 33L runway (the longest runway at BOS, at least I learned my lesson!) and the FMS shows it to be 10,083′ which matches what I show on my airport diagram. 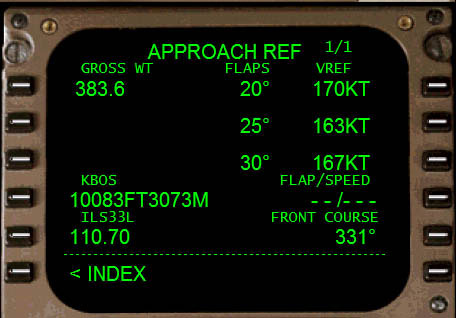 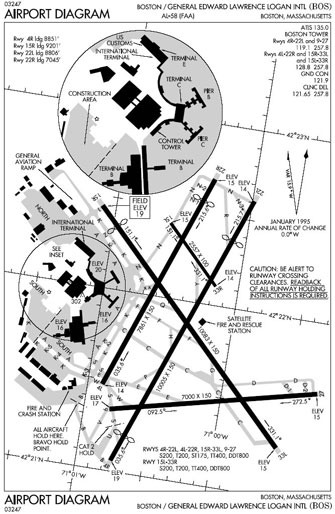 The fuel burn prediction pages get my brain to churning and I can’t figure out what’s bothering me. Obviously if I took off at 402-thousand pounds and the proposed landing weight is 383-thousand pounds I’m not burning much fuel. As a matter of fact, I’m not even making a significant dent in the fuel aboard. Looking around the cockpit I finally spy it, the thing that has been bugging me. 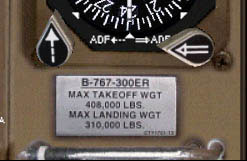 (240 passengers aboard) (I know, it’s supposed to be a freight flight) multiplied by the average weight of your average obese American (230 lbs.) = 55,200 lbs. Drat! Even if I push all of my passengers out of the emergency exits in flight (I’ll lure them there with salted nuts!) I’m still nearly 18,000 lbs. overweight. Scrap that plan.

Eureka! Fuel dumping! I know I saw it up there on the overhead panel. Boeing just saved 240 passengers (and perhaps some flight attendants!). Reaching up to the panel I select the left and right fuel dump nozzles open and turn the fuel jettison knob to ON. 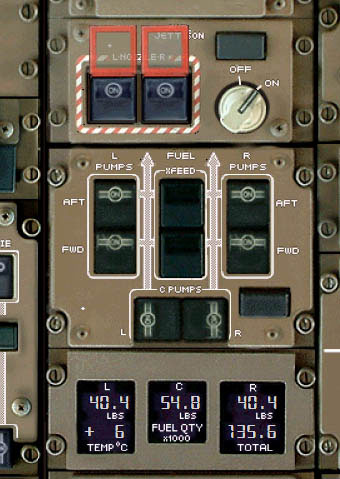 I dance a jig (not really, I actually just continue to sip my coffee) as fuel streams from the wingtips, coating all of central Pennsylvania with greasy kerosene (it’s a heavily industrialized state, they’ll never even notice). 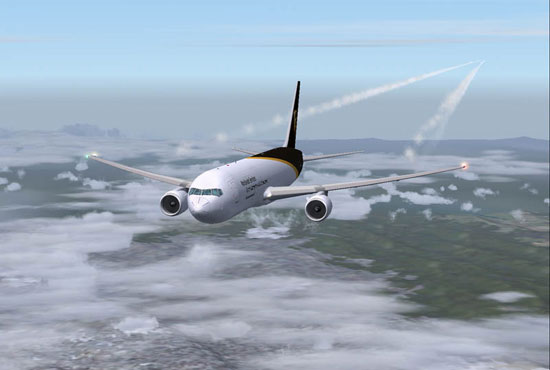 The manual (the one that mentions things such as fuel planning and take-off distances) states that fuel dumping occurs at the rate of 2,600 lbs. per minute (or in easier to visualize terms, 11.3 passengers per minute). HAL 9000 detects the fuel dumping and asks: “Dave, why are we jettisoning fuel?” No, actually the FMS senses the fuel dumping and broadcasts a FUEL DISAGREE warning indicating that its predictions no longer match reality. 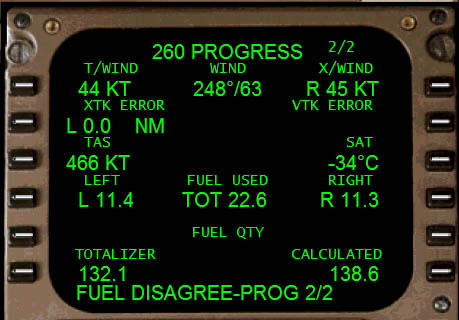 Happy with the clever solution to my landing weight problem I turn to the First Officer and admonish him for screwing up the fuel order in Louisville. The Captain would never make such an egregious planning error and someone is going to have to explain the mystery fluid falling from the skies (just ask Dave Matthew’s bus driver).

Studying the EHSI map I can see our ETAs and crossing restriction altitudes that I earlier programmed into the FMS. 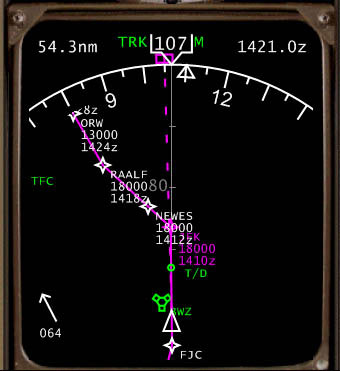 I’ve armed the VNAV guidance and the FMS directs the aircraft to make the altitude restrictions that I’ve programmed in while the auto-throttles respond to keep the airspeed nailed on the 300 knots I’ve also pre-programmed. While approaching JFK VOR I spy LaGuardia off the left side. 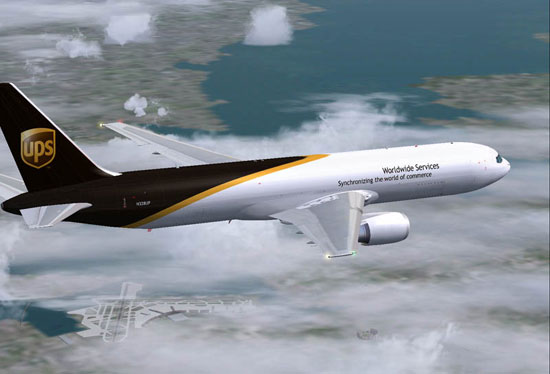 Upon crossing JFK we start flying the published NORWICH THREE STAR into Boston. 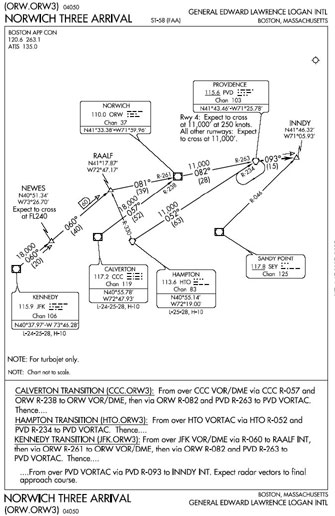 Though probably a bit premature, I go ahead and move the lever to arm the speedbrakes for automatic deployment upon touchdown in Boston. 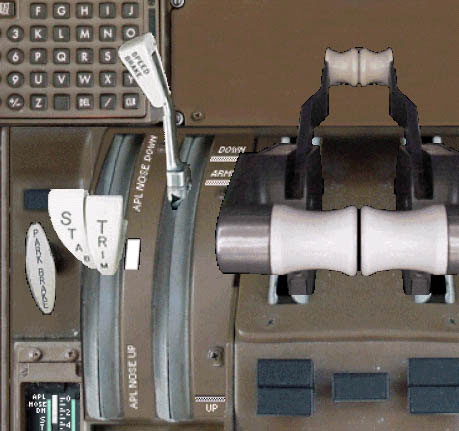