Crossing RAALF intersection we are still descending and tracking the STAR while we continue our fuel dumping. 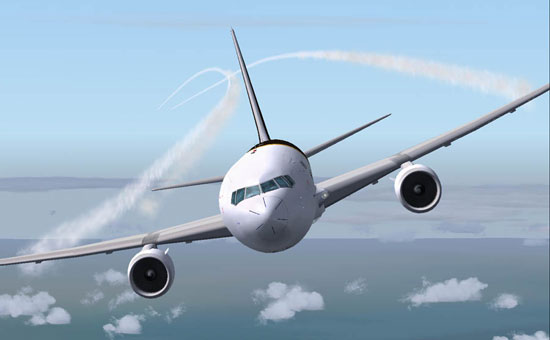 While I’m reviewing the approach plate for the impending ILS 33L at Boston I notice a couple yellow caution lights on the EICAS that weren’t there a minute ago. 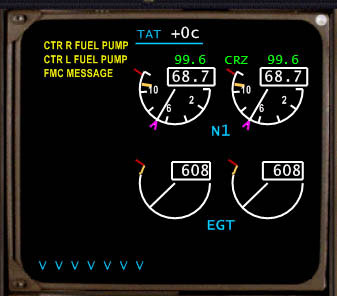 The center fuel tank pumps have a fault and when I look at the overhead I can see that the center tank fuel quantity is zero. The fuel dumping can only be done from the center tank so in addition to the internal fuel pumps not having anything left to pump (thus the fault) the fuel dump panel shows a fault as well since it can no longer find any fuel to pump overboard. 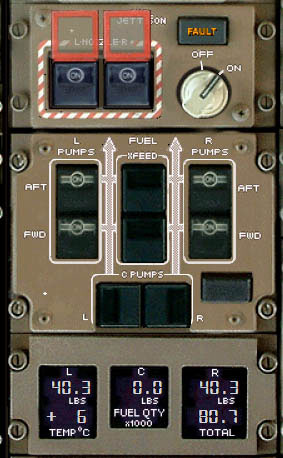 Altogether we were able to dump about 55,000 lbs. of fuel overboard (roughly $16,000 worth of fuel) but we are stuck with the remaining fuel in the wings. We are still going to be about 30,000 lbs. overweight landing in BOS and I guess we could circle around awhile and burn it off, but Boeing builds strong airplanes so we’ll go ahead and attempt the overweight landing.

We are approaching INNDY intersection which is the termination of the arrival. From INNDY we can expect to receive radar vectors to our final approach course to 33L. I enter the ILS 33L approach waypoints into the FMS so they show up as a final approach line on the moving map.

Refiguring my gross weight by adding my remaining fuel (minus a bit for the approach) to my zero-fuel weight I come up with 337,000 lbs. and the FMS churns out the new and significantly slower Vref speeds. 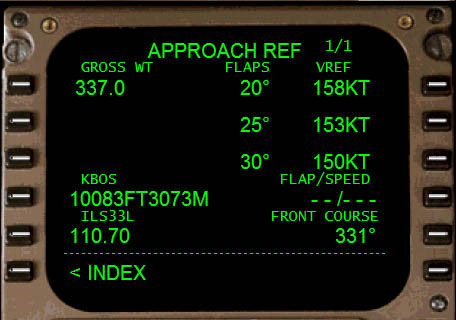 I’ve set the inbound course and the switched my side to the ILS display while the First Officer keeps his display on the FMS moving map to provide additional situational awareness, allowing us to track our position relative to the initial and final approach fixes. 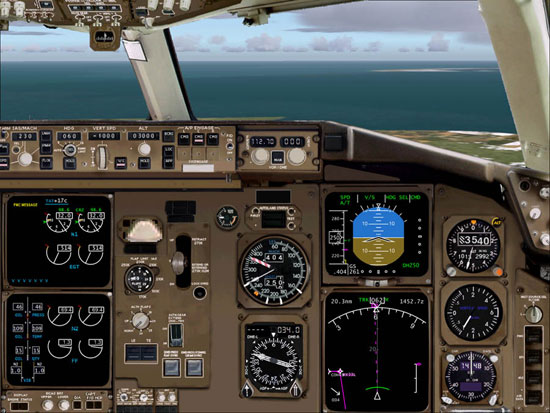 Using the auto-pilot we descend down to the initial approach altitude of 3000 feet and the speed is set for 220 knots in the terminal area. 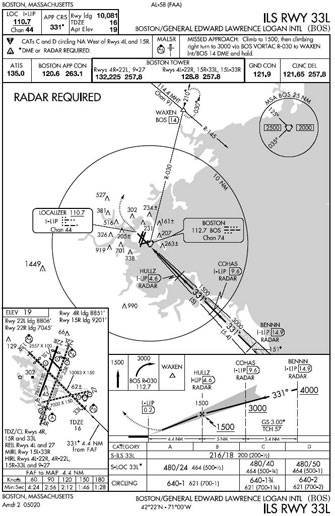 On our final turn to intercept the localizer the First Officer’s map clearly shows the inbound ILS path as defined by the FMS waypoints. You can also see the green F on the airspeed tape shows that we are below flap speed and the First Officer has automatically selected 5 degrees of flap. 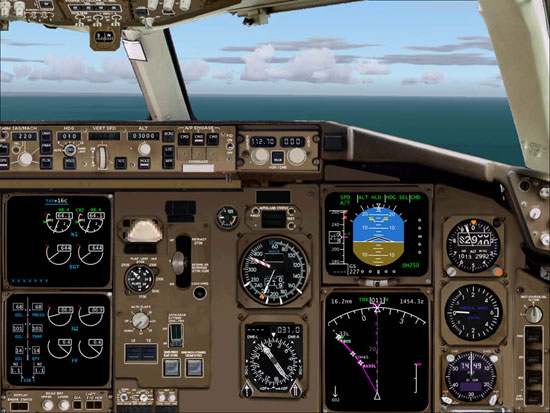 On my side the autopilot has captured the ILS and is tracking the localizer while waiting on the glide-slope and we are showing about 23 DME from the airport. 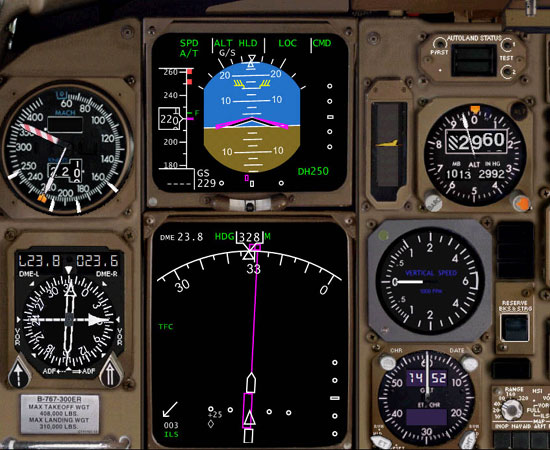 Over the Atlantic south-east of Boston with approach flaps out tracking the localizer inbound. 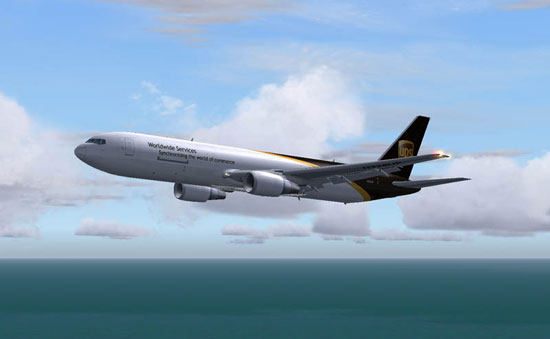 Approaching glide-slope intercept I’ve dialed the speed back to 180 knots and the G/S annunciator boxes on the EADI indicating that it has captured and the aircraft starts to descend on the glide-slope. 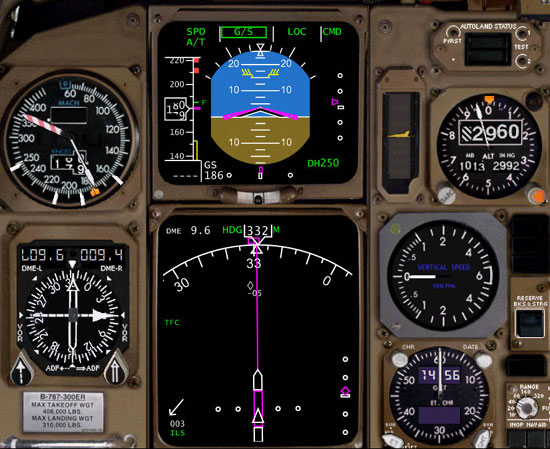 Arriving at the final approach fix the gear gets extended, landing flaps are selected and the speed gets set to 160 knots. You can see on the airspeed tape the upper and lower airspeed limits in the landing configuration, the upper red bar is the maximum full flap speed and the lower red bar is the stick shaker. 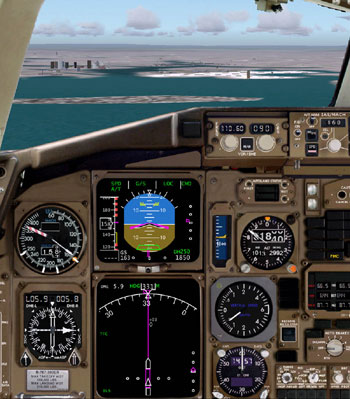