PSS also has a payload editor which did leave a bit to be desired. While the design is nice the implementation was a bit buggy. After entering the data for my charter flight and saving the configuration I found that when I entered the Airbus within Flight Simulator my airframe was bouncing all over the place on the tarmac. I was a bit baffled until I pulled up the fuel and load menu and saw that my zero-fuel weight had somehow been loaded as something around 900-million pounds. I exited the sim and tried to get back into the payload editor only to be given an error message saying that the module could not load. A quick jaunt to the PSS support forum gave me the procedure to replace a few lines of text in the aircraft.cfg file which solved the problem, but I remained unimpressed with the payload editor. 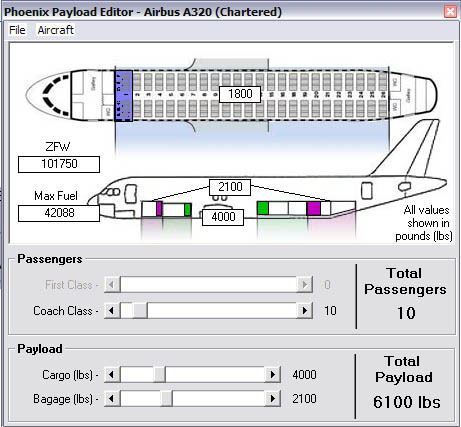 Entering the sim I immediately go to the fuel page and put on 30,000 lbs. of fuel, almost double what I need for the flight, but with my limited Airbus systems knowledge I figure I might just get in a jam that would require me to carry a bit of extra fuel. 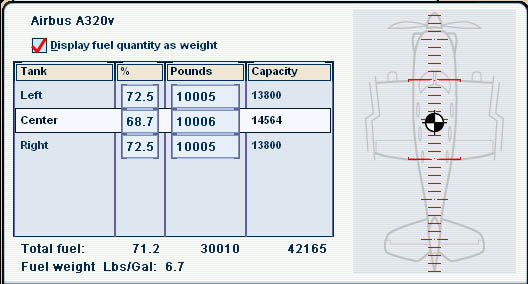 With my light load of passengers (just the demo team), baggage and fuel we tip the scales at a mere 124,464 lbs. gross weight. 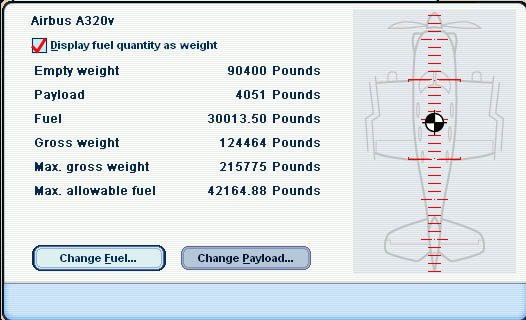 The PSS Airbus in the factory livery sitting on the ramp in front of Airbus headquarters at Toulouse. 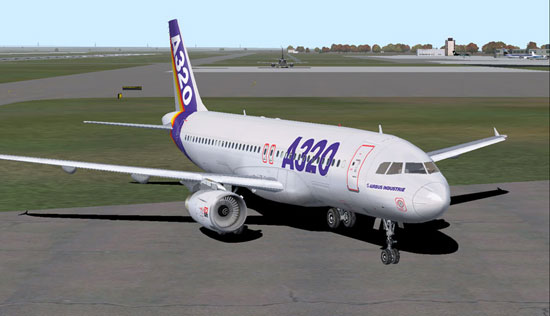 Sporting International Aero Engines (IAE) the A320 is a beautiful aircraft. The 3D modelers at PSS did a top notch job with the external model and the moveable 3D parts. 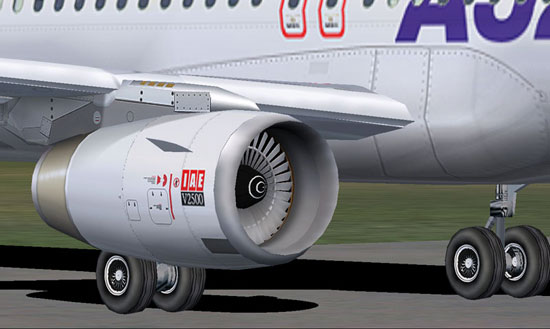 With fuel and cargo loaded, and the passengers getting loaded (French wine), a perfect day of flying lies ahead. Cozying down into the left seat of the A320 I’m presented with the “cold and dark” cockpit. With only a few analogue standby gauges on the panel the A320 does indeed look rather lifeless when the power is off. 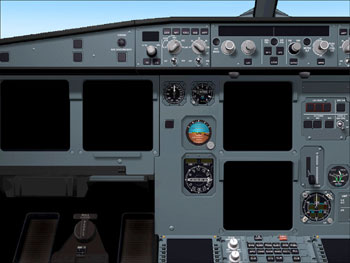 All of the panels share a good bit of commonality with the A310 which should come as no surprise. One of the hallmarks of Airbus aircraft is their commonality and relatively painless transition from one aircraft type to another. Looking up at the overhead panel I see the clean lines and orderly arrangement I’ve come to expect from Airbus aircraft. 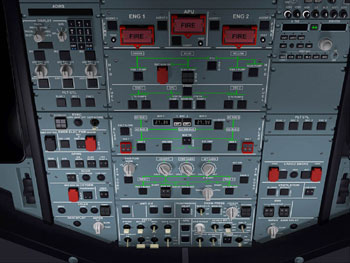