As we taxi out I tune in the ATIS and listen to the winds and set the QNH pressure to 30.12. The eyebrow panel contains many of the controls we will use to fly the A320 when coupled to the auto-pilot. Airbus calls this area the Flight Control Unit (FCU) and we will spend a lot of time manipulating controls in this area. For takeoff I have the map set to ARC mode, 20 mile range, 146 knots (V2) on the speed preselect, runway heading (144 degrees) and our pre-cleared altitude of 7,000′. (I was going to attempt this flight using the Metric system, but my brain imploded when I tried to convert pounds of fuel to liters!)

The long taxi from the south-east corner of the airfield to the north end of the field for departure takes us past all of the sights to see at Toulouse. 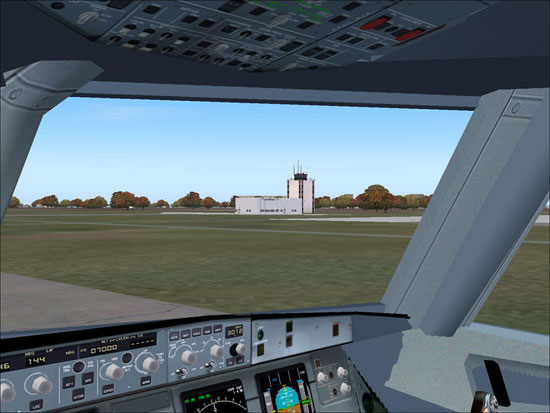 Reaching the end of the runway only a few items are left on the checklist while we taxi into position. Lights come on, the transponder goes to TA/RA and we review the departure procedure one last time. 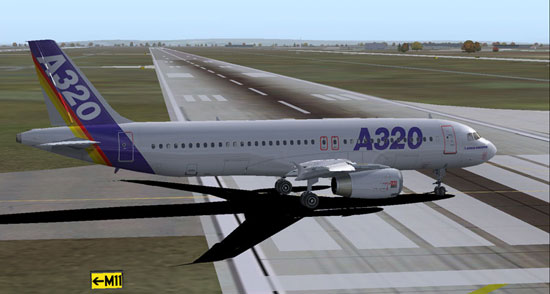 The PSS Airbus has an excellent takeoff/landing panel that gives a great view of the runway while keeping the 3 upper EFIS tubes in view. 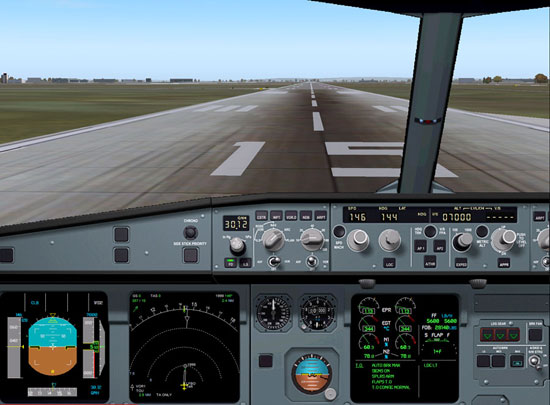 Cleared for takeoff we initiate the procedure by releasing the brakes, arming the auto-thrust and advancing the throttles to approximately 50%. Reaching 50% we put the throttles into the “FLEX” gate by hitting the “+” key twice. The throttles will move to the FLEX detent and take-off power (reduced since maximum power isn’t required for this takeoff) will automatically be set. Information about the currently selected modes is displayed above the EADI and on the upper ECAM. 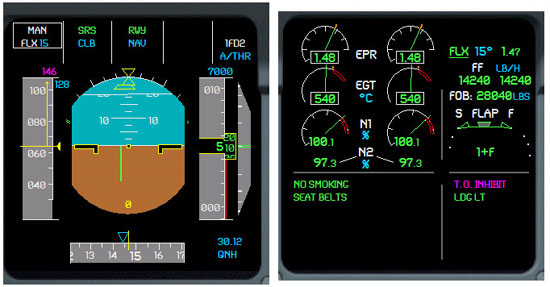 Manual thrust control is available whenever the pilot wishes by disabling the auto-thrust button. The throttle pedestal contains 5 different detents for different modes: Takeoff/Go-Around (TOGA), FLX/MCT (Flex/Maximum Continuous Thrust), CL (Climb), 0 (Idle), and REV (Reverse). Once the takeoff has been completed and the aircraft has crossed the thrust reduction altitude (programmed into the MCDU) the throttles are moved back to the CL detent and are left there for the remainder of the flight until touchdown at the other end. Speed control is now done via the speed selector on the FCU. 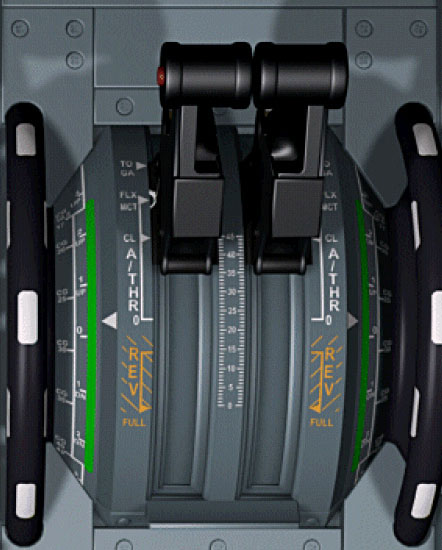 Watching the auto-thrust system work is really fascinating once you get used to the fact that you aren’t moving the throttles. With an airspeed set in the pre-select, pitching up results in an immediate increase in engine thrust while lowering the nose obviously causes the thrust to decrease.

With the power levers set the aircraft accelerates steadily down the runway and the V-speeds scroll down the speed tape as we aim for the purple triangle (V2) immediately after liftoff. 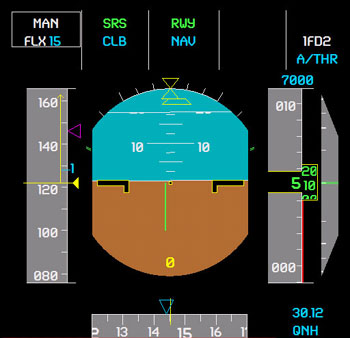 Rotating the aircraft into the climb attitude the Airbus lifts off the runway, gently bobs her nose and climbs away. 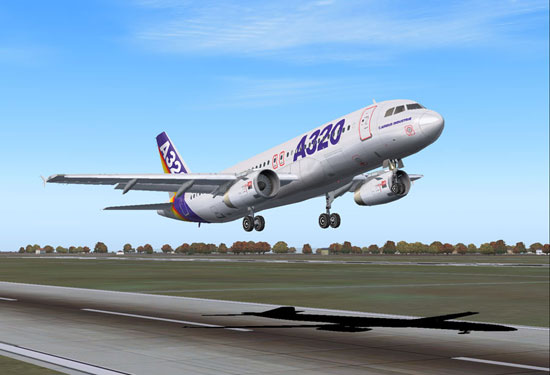 Selecting the landing gear to the up position results in a bit of noise and a couple “thunks” as the wheels settle into the wells and the doors close. It is no great surprise that the gear retraction animation is outstanding. 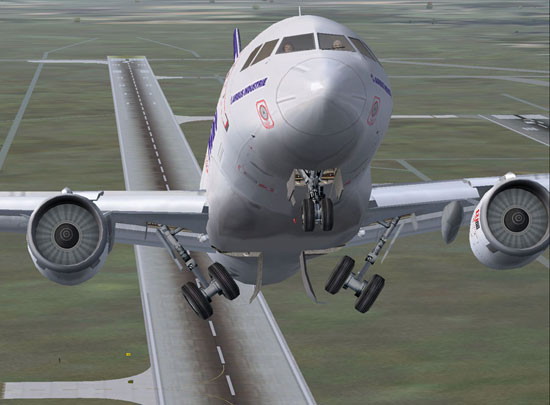