On the lower FE panel the caution annunciators indicates that several of the exits are still open; prior to engine start we finish the loading and button up the aircraft. 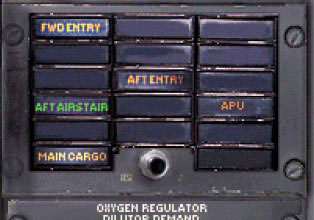 Our cruise altitude today will be 33,000′ on our way over to Telluride. Turning to the pressurization control panel I dial in our cruise altitude, landing field elevation (9,100′) and based on the scale below the instruments I set the cabin level at 5,000′. 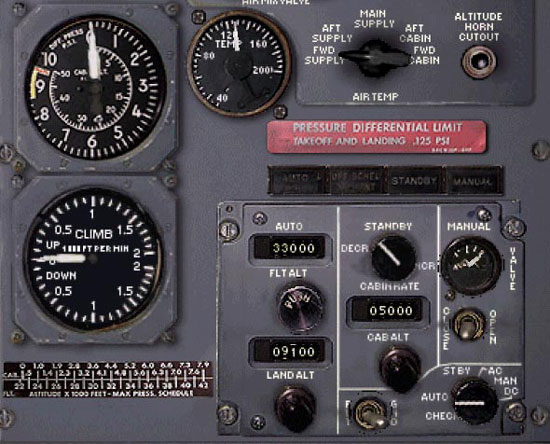 Hitting the test button on the secondary flight control indicator panel I verify that the leading and trailing edge flaps and slats all light up.

The pedestal holds the autopilot controls, navigation and communications radios, transponder, and headphone selectors. Our departure from BFI today has us enter a climbing left turn direct to the Seattle VORTAC so I dial the SEA frequency into the #1 and #2 NAV radios. I also dial our transponder code into our modern TCAS capable (mandated by the FAA) transponder. 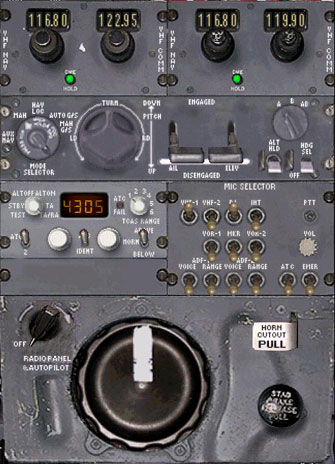 With no FMS or FMC to help derive performance data, the 727 is an old fashioned charts and tables kind of aircraft. First we derive our takeoff V-speeds based on our estimated takeoff gross weight which today will be approximately 145,000 lbs. We will use flaps 15 and go into the table at sea-level pressure altitude and about 15C. According to the table V1 will be 121, Vr 127 and V2 is interpolated to be 141. 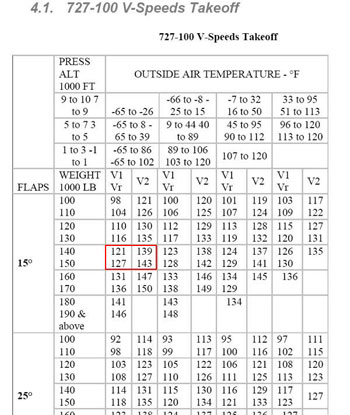 Next we go to the bottom of the FE panel and find the center of gravity as a percentage of mean aerodynamic chord (MAC) of 28.7%. The CG affects the trim setting of the aircraft so we look up the MAC for flaps 15 and see we need to set 4 units of nose-up trim on the stab trim. 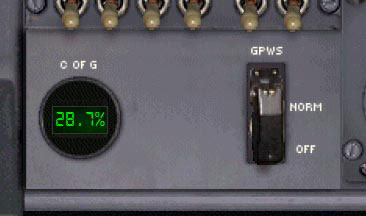 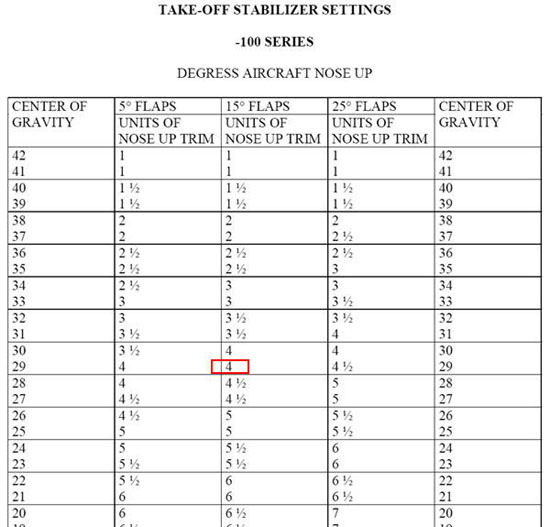 Now we need to derive takeoff power settings for the engines since these engines aren’t FADEC equipped. At 15C (59F), we enter the chart at sea-level and see our takeoff EPR will be 1.96. 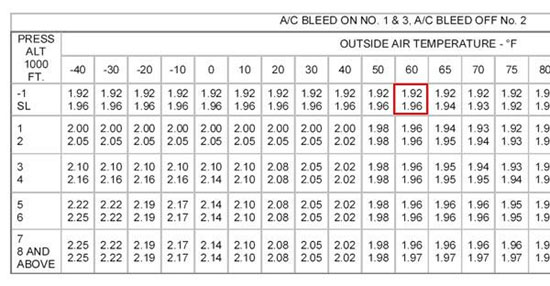 While we are in the books now is a good time to look ahead to see what our planned true and indicated airspeeds will be, and cruise EPR (provided conditions are standard at FL330). 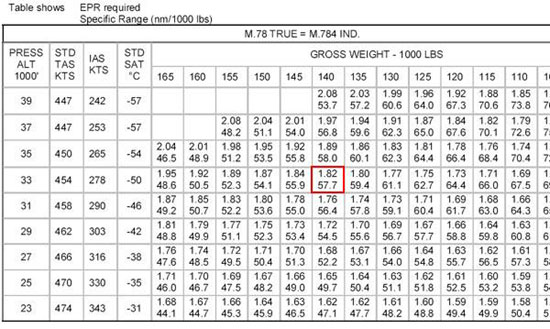 And for flight planning purposes it is nice to know the climb schedule, in this case at 320 knots / Mach .78 up to our planned cruise level. Our brake release weight (145,000 lbs.) falls between the two columns, so we interpolate about 21.5 minutes to reach cruise altitude and we should burn somewhere on the order of 5,400 lbs. of fuel during the climb. 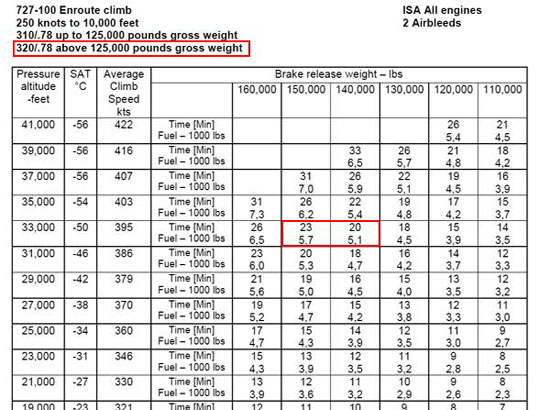 Back on the panel I set the airspeed bugs on the airspeed indicator to show me the speeds we derived: V1=121, Vr=127, and V2=141. V1 is takeoff decision speed, which basically is the go/no-go decision point in the event of a malfunction. Once you pass V1, you are going flying (except for loss of directional control). High speed aborts are statistically one of the most dangerous maneuvers performed in high performance jets. Vr is rotation speed and we will aim to rotate the aircraft to approximately 15 to 18 degrees nose up at a rate that will allow for lift-off prior to any danger of the tail striking the runway. V2 is takeoff safety speed and allows for the best climb performance in the event of an engine failure. Generally we will aim to fly at V2+10 knots for the initial part of the climb until we are clear of obstacles before lowering the nose for a more docile 250 knot climb until the transition level (10,000′) where we will then transition to the 320 knot climb to Mach .78 climb (got all that?). 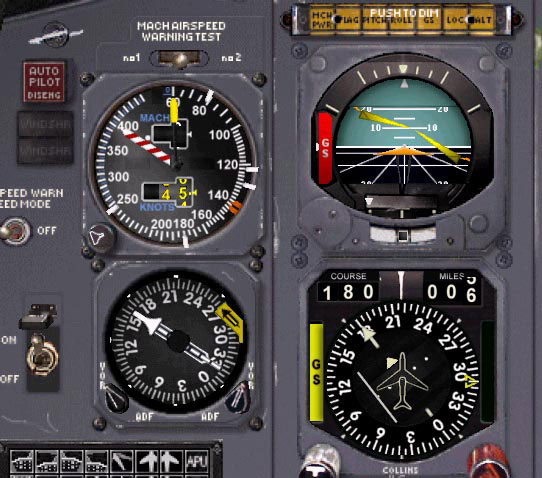