Looking at the pop-up engine gauges I now set the table derived climb EPR of 1.96 into the EPR selector bug on the engine gauges so that I have a target to aim for when I set the power. The 1.96 is merely for reference, it has no limiting function whatsoever on engine performance since the throttles are totally under manual control. The generally accepted method of setting power is for the flying pilot to roughly set takeoff power and for the non-flying pilot to fine tune the settings while the flying pilot concentrates on directional control. 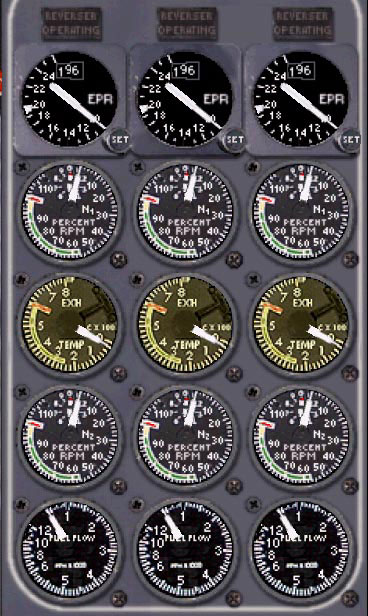 With the pre-flight performance calculations done and all of our freight loaded, it’s time to shut the doors and crank this puppy up! Closing all of the doors I double check the FE warning panel to assure that the door warning lights are extinguished. It doesn’t look like we are going to get a break in the weather as the steady rain continues to drum down on us. 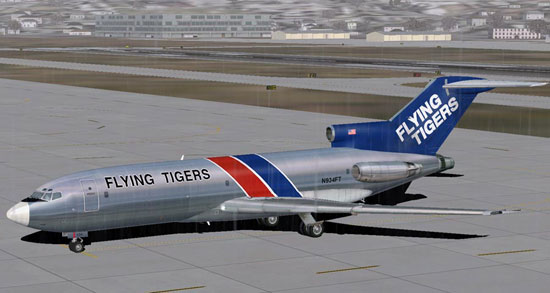 By now you know the mantra: consult the engine start checklist and follow the step-by-step instructions. On the upper FE panel I’ll once more verify the fuel load-out and move the pump switches UP to the ON position which will extinguish all of the orange LOW PRESS lights. 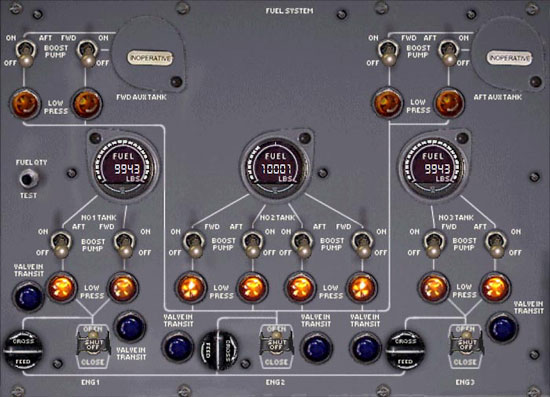 A few more checks get completed and we are finally ready to crank the engines. The pilot overhead panel contains the engine start switches and moving the respective engine switch to the GROUND position initiates the engine spool up while the crew makes audible announcements confirming the engine start sequence is proceeding normally. 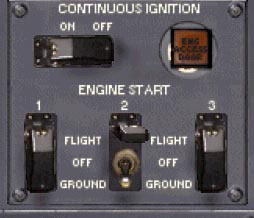 The normal callouts include “oil pressure”, “N1”, and “19%”. At 19% N1 I reach under the throttles on the pedestal and move the fuel cut-off switch to START allowing fuel into the engines. Light-off is confirmed by rising ITT. At 35% N1 the start sequence is complete and the start switch gets moved back to OFF and the switch guard is lowered over the switch.

The process repeats itself for the other engines and the AOM notes that normally engines #1 and #2 are started during the push-back and #3 is started after the push-back is complete. Since I’m a rookie 727 pilot I elect to start all three engines prior to push-back. Here we’ve got #1 and #2 up and running with good engine readouts indicating normal operation. 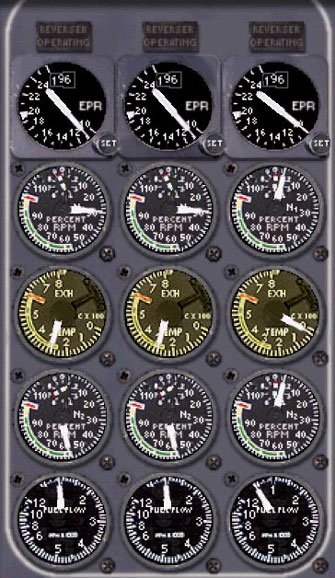 With the engines running we can now shed the electrical load from the APU by turning on each engine’s generator to provide power. An interesting feature is the need to manually match the frequency of all three generators so that they are providing constant and uniform AC frequency to the electrical busses. Setting the correct frequency is done by rotating the knob below each generator load gauge until the flashing lights under the frequency gauge extinguish; it’s a bit like manipulating the controls on an oscilloscope. 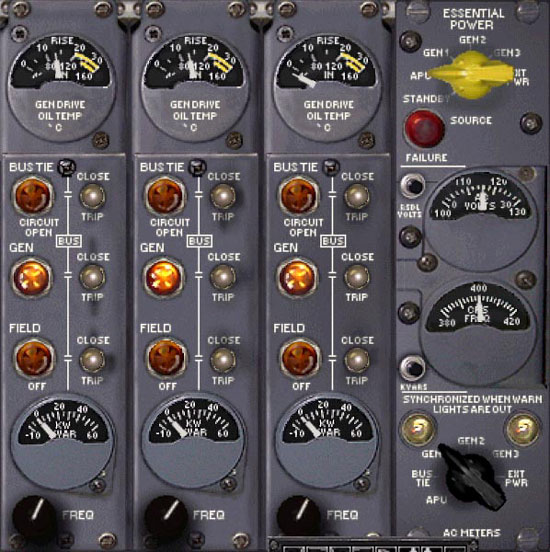 Last checks of switch positions are made for hydraulics, pressurization, cabins signs, fuel heat, boost pumps, anti-ice, pitot heat, etc. You definitely get the feeling that there is a light at the end of the checklist tunnel. Looking down at the pedestal we verify once more that about 4 units of nose up stab trim is set (I actually have closer to 5 units set, a slight oversight!), the flaps get run out to 15 degrees, the speed brake lever is up and the speed brakes panel is indicating the speed brakes are retracted. 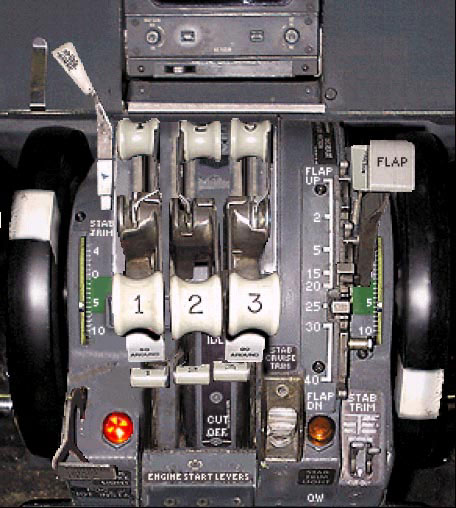 I shut down the APU and set the flaps at 15 and the leading edge slats extend for takeoff. 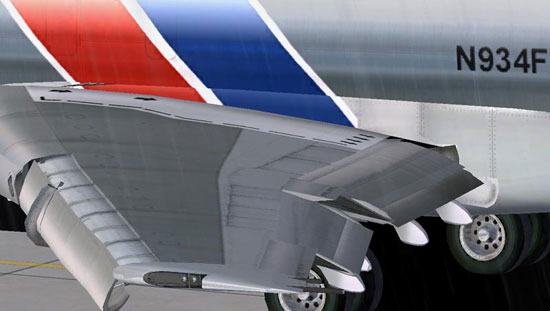 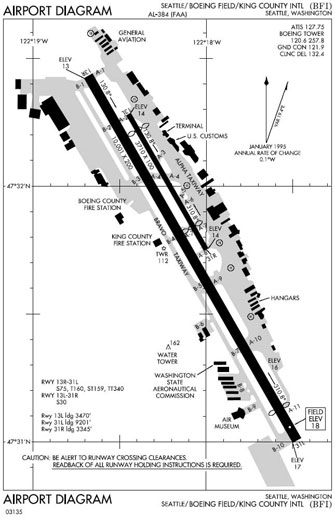