Taxiing past the control tower I take the opportunity to look around in the virtual cockpit. The DF727 has an extremely nice VC with great detail and a feel of “completeness”. 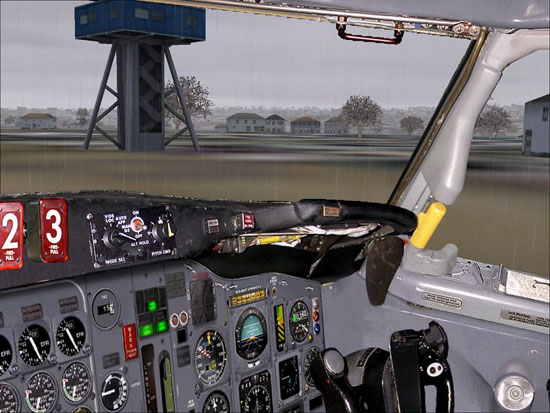 The grey skies and the constant drizzle of raindrops accompany us out to the runway. 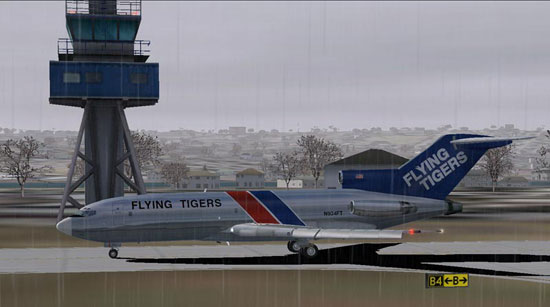 The departure procedure has been amended by ATC to provide a left turn-out direct to the SEA VORTAC to join our route, and an unrestricted climb to our flight altitude. 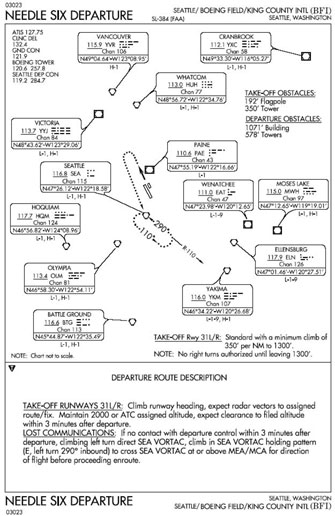 After hitting the SEA VORTAC our flight plan has us joining J523 to Kimberly VOR (IMB) then continuing on J15 to Grand Junction (JNC) which will dump us out of the jet route structure into the Telluride area; a total of about 880 nautical miles.

The tower clears us for takeoff and I quickly glance at the fuel gauges once more to jot down our departure fuel so that I can monitor total fuel burn enroute.

Pulling on to the runway I can honestly report that it took me just over a full hour to properly pre-flight, start and configure my 727 for this flight! It should come as no surprise however, since I’m unfamiliar with the aircraft and I’ve been doing the work of three crew-members!

Lined up on the runway centerline I anxiously scan the gauges wondering if I’ve missed anything. With all of those extensive checklists and time devoted to this flight I don’t want to screw up now! 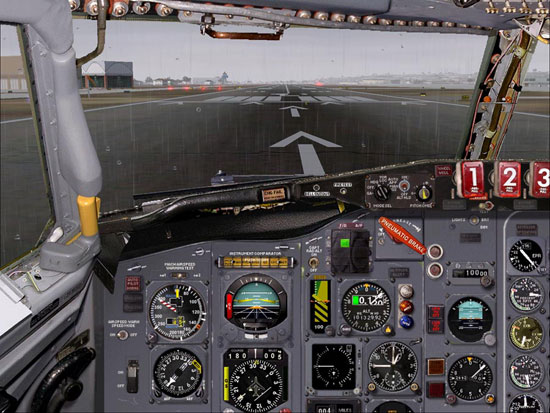 Pushing the throttles forward I nudge them the last little bit to set the target EPR just right and firmly grasp my yoke and work the rudder pedals as we accelerate down the wet runway. About 2/3rds of the way down the runway we rapidly pass through V1 and Vr and I ease back on the yoke and the 727 gracefully lifts into the air. 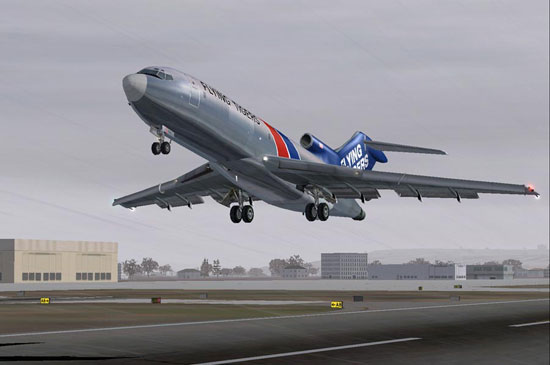 Pushing a toggle switch on my yoke the beautifully articulated gear thumps and clunks into the wheel wells. Those DreamFleet 3D modelers are just flaunting their talent! 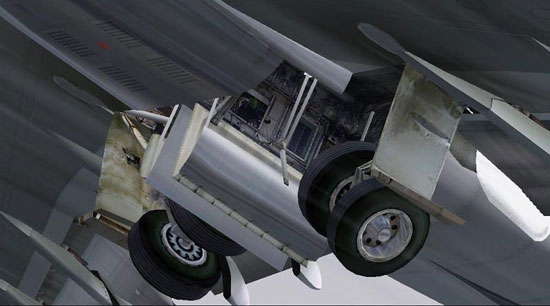 Observing the flap limiting speeds I checked prior to takeoff I have target settings for gradually reducing flaps as we enter the climbing left turn away from Boeing Field heading for the SEA VORTAC.

With the aircraft cleaned up and accelerating to 250 knots I set the target EPR bugs back to the pre-computed climb EPR of 1.87. As we pass through 10,000′ a shrieking alarm goes off in the cockpit and I’m confused as to the source. I know for a fact it isn’t the shrill jangle of the fire-warning bell, so I’m confident that whatever the malady, it isn’t super-critical, just annoying! After 10,000′ I lower the nose slightly to accelerate to the cruise climb speed of 320 knots and realize I’m quickly approaching the SEA VORTAC. 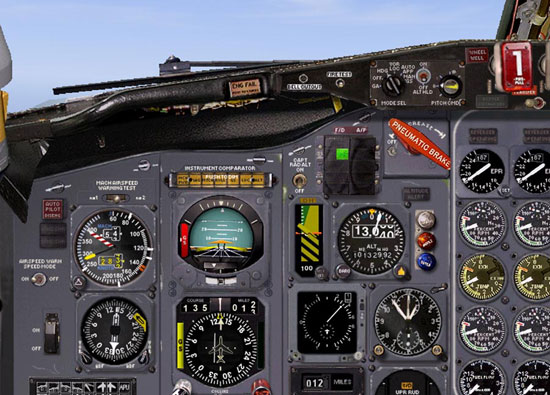