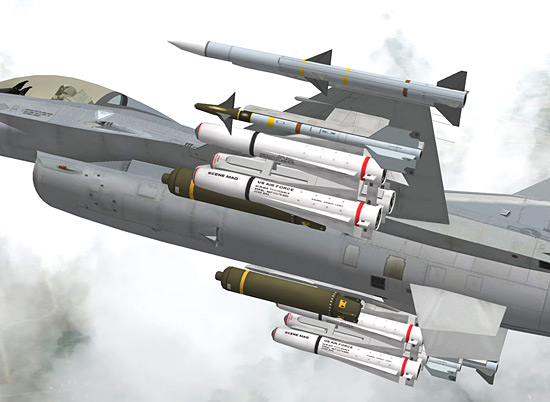 Q. In some of the add-on developers work, the stability is not as good in the “simplified” settings as they are on the more “realistic” settings. Have you made the stability equal for all complexity settings?

A. Yes, stability is our most important feature in all parts of the game.

A. Lead Pursuit has some of its roots in the modding community so we have a great appreciation for what benefits and life such a dedicated community can bring to a sim like Falcon. We have a clear vision on how we are going to leverage that enthusiasm to bring Falcon 4 Allied Force to new heights, and will be laying out that vision shortly.

Q. Will there be other player-flyable aircraft, such as the modded versions of F4 now have?

A. The flyable aircraft will be the F-16 variants. Allied Force is a product committed to providing the most realistic experience of flying an F-16 jet outside the military. We do realize some people might be disappointed with this, but it does not make a whole lot of sense to fly another aircraft when you are using the avionics of the Viper. It might be fun for a short period, but soon you realize that you’re just flying a F-16 in different clothes. Allowing other aircraft to be flown without the same attention to detail, would compromise realism. We’re 100% committed to realism because that’s what Falcon and Lead Pursuit are all about.

Q. If not, will these be added later, either free or as a pay package?

A. Let’s concentrate on Allied Force for the moment, but for sure the future’s bright.

Q. Please namedrop. You mentioned Julian Onions was working on F4:AF, what other F4 community “notables” are involved?

Q. Falcon 4 fans are nuts about details, whether it’s radar seeing through mountains, the smoke trails of missile variants, ECM effectiveness, SAM ranges, etc. How does F4:AF hope to meet such high expectations?

A. By applying and maintaining our own standards. Many of the changes are detailed in our development notes and we hope that these give a taster of that commitment. Take Air-to-Air engagements as an example. This snippet from Sylvain’s development note gives a good indication of our attention to detail:

“The use of radar on an AI aircraft is also optimized. If they can, they will use Range While Scan and Track While Scan where the conditions require. If they’re launching a Semi-Active Radar Homing missile (SARH), which requires a constant radar lock from the launching aircraft to reach the target, the AI will wait until the last moment before switching to Single Target Track (STT), a radar mode which sounds an alert in the targeted aircraft’s cockpit, warning of impending attack. But they won’t switch to STT at the last minute if the AI determines that the target aircraft isn’t carrying a Radar Warning Receiver. This latter condition is determined by target type.”

Of course there will be things in the game some people might not like or would prefer to see different, but we have made great strides in achieving a much more realistic and functioning environment.

Q. Obviously the AI wingman commands and functions have been reworked in the OCA role. Is this true of other mission types as well?

Q. Has the AWACS menu and operation been redone, such as the ATC?

A. Yes, there are improvements generally to the menus — additional commands and features.