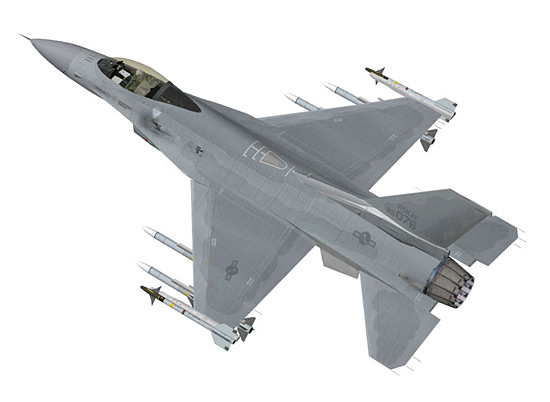 Q. What kind of documentation will be shipping with the game? PDF, paper or online?

A. There will be a 110-page printed manual, as mentioned before, plus a PDF manual for the hardcore enthusiast.

Q. Will it be a total rewrite of the F4 manual or will it incorporate sections of the SP3 / 4 manuals or other later modifications?

A. The printed manual is very much redone for new players to quickly appreciate the most important features of the F-16.

Q. Any thoughts to an extended paper manual for a supplemental price such as the original Falcon 4 had?

A. We are seriously considering it, yes. It depends very much on demand though. We would love to produce a highly detailed manual in a metal-bound folder but that is likely to be expensive for the consumer. If the demand is there, and people are happy to pay a little bit more for it, then we’re game on (I’d buy it anyway!)

Q. Will data edits be permitted under the new EULA?

A. An announcement will be made soon.

Q. Is 100% of the development the result of members of the F4:AF team or are additional skins, terrains, and cockpits being imported from the modding community?

A. They’re the work of Lead Pursuit.

Q. Has there been major tweaks to the campaign AI?

A. The campaign engine has undergone extensive changes and it hasn’t been an easy task! The campaign of course is part of a Virtual Universe. It is in many ways a database that tracks tens of thousands of entities every tenth of a second. This Virtual Universe controls everything that exists in the Falcon world, be it an F-16 jet, an enemy MiG-29, a surface to air missile site, even the status of a bridge that might have been damaged. Much more detail again is contained on our web site in our campaign development notes.

Q. Will users be able to manipulate the ground campaign progress manually or will the campaign engine handle that automatically?

A. Yes, for example, they can manually task ground engineer units to repair a bridge or order a unit to attack other troublesome enemy units.

Q. In previous versions of F4, if a friendly airbases runways were damaged, the runways remained damaged for the remainder of the campaign despite being fixed; has this been corrected?

A. Yes, that has been fixed.

Q. What kind of multiplayer enhancements and stability will be a part of F4:AF? Will campaign servers be implemented?

A. Falcon and multiplayer has been a difficult union in the past because so much is happening in the game. The multiplayer engine has to keep track of what happens across the entire network, prioritize the most important messages, such as positional updates of aircraft, while maintaining a grip on bandwidth. Significant resources have been targeted at the multiplayer engine and there has been a big improvement.

We hope online squads will enjoy campaign flights with their squad as much as their specially-constructed TE missions. We’d never say there will not be oddities in Internet campaign flights with multiple clients, but they have been significantly reduced. Given enough CPU power and enough bandwidth, multiplayer in Falcon is a dream. Our recent MP flights while doing final testing have been a blast.