If there was any disappointment to the symposium, it was that the crowd didn’t get many details or stories out of Archie Donahue, who finished the war with fourteen kills and three probables. Donahue had the rare distinction of being an ace-in-a-day twice, downing five aircraft on both May 13, 1943 and April 12, 1945. Moderator Jerry O’Neill introduced Donahue as one of the few pilots to survive an F-14 Tomcat shootdown; Donahue was one of the pilots performing flying scenes in the 1980 movie “The Final Countdown,” ironically piloting a simulated Japanese aircraft for the scene.

On a late night, and a schedule running behind, Donahue offered a single short answer to the question of what was his most memorable mission.

“I remember one time we were surrounded by a hell of a lot of the other side, and I didn’t think I was going to make it. But I made it!”

If there was one theme running throughout the night’s event, it was the pride these men had in their leaders and their machines. Bill Hereford, who earlier had been answering questions outside, told the crowd, “I’ll remember my days in the Corsair forever.” 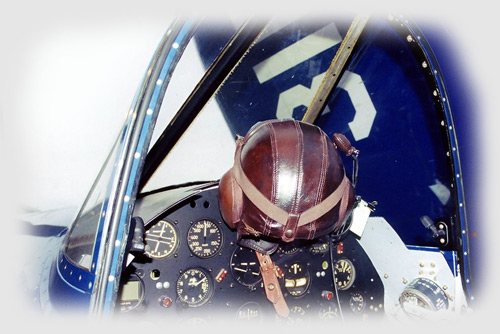 This theme was echoed by Capt. Jack Cook, who began with a humorous story about his first solo in the Corsair; thousands of feet up, he glanced over his shoulder and saw that a small red flag on his starboard wing showed that the wing was unlocked.

“I knew that it had to be locked, because I was still flying, but it was all gentle turns from then on in!”

Cook finished by echoing so many comments made before him, about the chance for young men to take to the air in these awesome, powerful machines.

“Flying the Corsair was a privilege.”

For the crowd assembled on that rainy evening, the privilege was being present for this gathering of eagles.

Published for the Atlantic Flyer aviation newspaper and SimHQ.