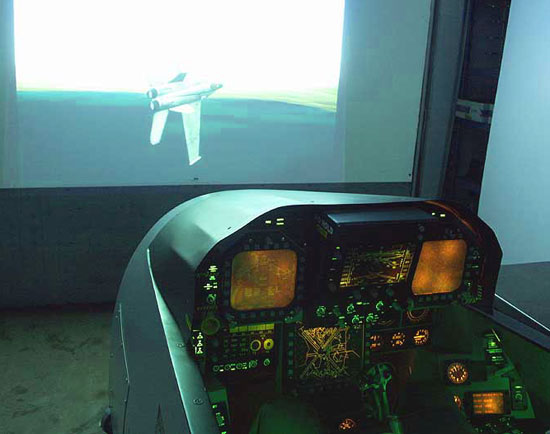 Nestled in the gently rolling hills of North Central Texas, a small town hides a secret in plain view. Azle, Texas lies in the buckle of the Bible Belt, where high school football scores are the priority news of the day and men wearing gimme-caps advertising the local tractor repair company still congregate over their morning coffee. Gas wells, once scarce in this part of the country, are drilling into the energy-rich Barnett Shale lying directly below the city of Fort Worth. Going about the business of keeping our nation’s military aircraft in flying condition are the 40-plus employees of Clark’s Precision Machine & Tool. 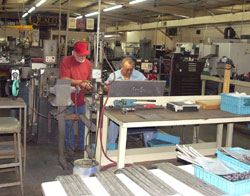 To average passers-by driving down Commerce Street, the facility looks like a typical machine shop you’d see in any other Texas town. Scrap metal lies in piles outside of a collection of nondescript metal buildings, the parking lot is dominated by diesel-engined pickup trucks belonging to its workforce of professional machinists, welders, upholsterers, and metalworkers. Inside these walls, is another story altogether. The unassuming and prosaic exterior masks a dedicated manufacturing firm working on classified material for the Department of Defense, its major client. If you think they get their feelings hurt by the anonymity, believe me, they prefer it that way.

B.J. Clark, the president and owner of the firm, opened this shop in 1969. A gunsmith by trade, he spends on the average of two days a week at the firing range, extending his skill and expertise in the field of firearms. His work on firearms led him to this calling, and his knowledge of precision tooling is encyclopedic. He’d done some work on weapons belonging to employees of General Dynamics (now Lockheed-Martin), the factory being a scant twenty miles away. Noting his craftsmanship, they asked him to fabricate a few parts for the then-new little single-seat sports car of a fighter plane, the F-16, recently approved by the Carter Administration’s Department of Defense. This has grown into a business all its own, and now spans into fabricating parts for the F-22, the F-35, and every last variant of the F-16.

Also on Clark’s staff is Paul Miller. An imposing figure at over six feet and in a tailored suit, he’s not what you’d think of when you’re asked to describe a flight simulation enthusiast. But that’s exactly what he is, and he has a vision, sports fans. Paul’s vision is to bring military flight training tools to the nation’s armed services at an affordable price so that every pilot in our nation’s uniform has the training he needs to stay alive. Miller knows two speeds, on and off. A dynamo, he effortlessly strides through the office to greet my photographer and I, and it becomes patently clear why he works here. He’s a man on a mission.

Our tour in the shop began with a meeting with Mr. Clark himself. His office is decorated with trophy buck mountings (evidence of his skill as a firearms expert), along with an entire wall of cabinets filled with classic cameras, another passion. A dignified gentleman, his poise and demeanor exude an air of confidence, he’s the kind of guy to whom you instinctively say “Yes, sir.” Telling us to make ourselves at home, we began a tour of the shop.