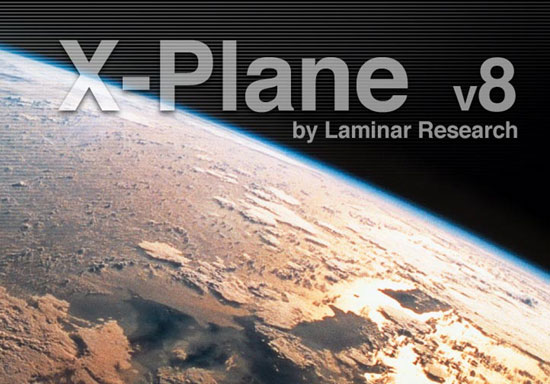 We all know who the “heavy hitter” is in the computer flight simulation genre. Since 1982 Microsoft’s Flight Simulator series has dominated the flight simulation market but that doesn’t mean there isn’t room for either improvement, or competition. Over the years I’ve come into brief contact with multiple versions of X-Plane, which always interested me, but I never took the plunge. It wasn’t until recently that I fully committed to thoroughly evaluate X-Plane, and I can’t believe what I’ve been missing.

An entire article could be written about the evolution of X-Plane and how it’s founder, Austin Meyer, has built his company from a personal project to an internationally successful personal product. For the most part, the X-Plane franchise has remained a one-man show, which is astounding in itself. As you will see however, X-Plane has grown by leaps and bounds, proving that one man and a vision can lead to some pretty impressive results.

The first thing you must do is clear your mind. This is going to be difficult. Over the years you have been assimilated by Microsoft, which will skew your perspective and make your entry into the X-Plane world all the more difficult. Just because Microsoft says “S” means “change views” doesn’t mean you have to live out all of your days bound to that convention. Free your mind. Good. Now I have to confess. It would be difficult, if not impossible, to do this review without occasionally referring back to my Microsoft imprinting. Comparisons must be made and for that I apologize. So let’s get going!

The most recent base version of X-Plane is version 8.0, which is continuously updated throughout its life-cycle via downloadable updates. The updates are a source of both amazement and frustration for the community as Austin tweaks, modifies, corrects and adds features to each new build. This is great because bugs are often found by the community and fixed rapidly for the next release. The addition of new features in each release, however, often comes at the price of new bugs. That is to be expected however since X-Plane is pushing ever further into new territory. One of the more vocal complaints I’ve seen in the community relates to the incompatibility of user designed aircraft with each successive version that is released. This isn’t always the case, but apparently it happens enough that some aircraft designers have given up on keeping their version current for each new update.

Updates are relatively simple and painless, provided you have a healthy and speedy internet connection. Basically the “update” is a whole new main program module that you download and install. Then you import any add-ons from your previous version into the new base program. The main module not only serves as an update, it is also a demo that allows new users to give X-Plane a test drive. The flying area is limited (Southern California region) and the controller inputs are restricted to 6 minutes per session, but the demo allows potential customers full access to the program for evaluation purposes. So there really is no reason NOT to try it; give it a shot! The demo/update is currently at version 8.11 (with 8.15 due out any day) and weighs in at 315MB. X-Plane is unique in that it has versions for all the major platforms: Windows, Mac & Linux. This review was conducted running X-Plane version 8.11 for Windows, the most recent (non-beta) build available.

There are also several retail options available for buying X-Plane. You can order the full version from the X-Plane web-site directly, or you can find it in many retail or online stores. X-Plane 8.0 comes on a DVD which contains the main program, scenery files and documentation. The install offers you the option of installing Version 7 or Version 8 scenery with Version 8 being the newest and best looking. Version 8 scenery is currently only available for the United States, so the rest of the world will be Version 7 scenery. The documentation leaves a lot to be desired, consisting of an HTML file located in the install directory that gives some basic instructions via linked sub-HTML files.

Your first few minutes after firing up X-Plane should be spent browsing through the menus at the top of the screen. Here you will find all of the options and selections to tailor X-Plane to your particular preferences and hardware. The “Rendering Options” screen will be the screen you initially spend the most amount of time at while you try to figure out the best blend of performance and quality.