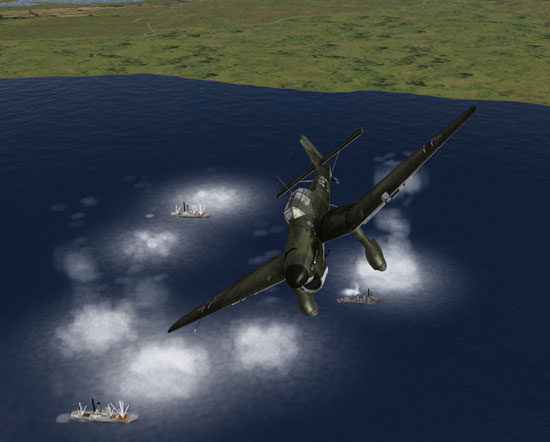 Phase two is considered to be the airfield attack phase of the battle; where the Luftwaffe concentrated its attacks on the airfields in Southern England in the hopes of both knocking the RAF out of the air. While the British gave as good as they got, in most cases better, after a couple of weeks of fighting the RAF was near its breaking point. This was the closest the Germans got to victory in the battle and had they continued to press the Brits they might very well have taken control of the air. 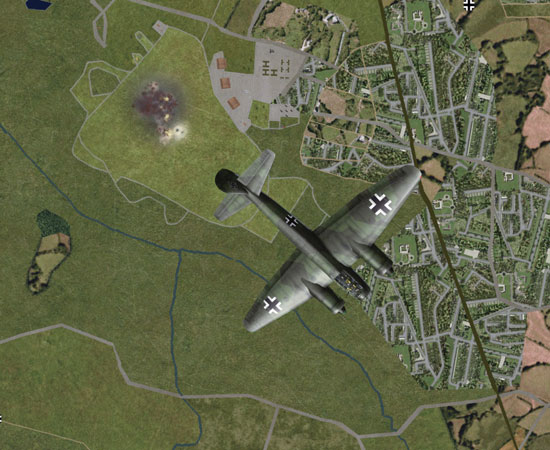 However, a mistake by a German bomber crew and the British reaction led to phase three, the city bombing phase. During a night bombing mission a German He 111 accidentally dropped its payload on London, in direct violation of Hitler’s orders. In retaliation Churchill ordered a night attack on Berlin. While neither attack accomplished much physically, the attack on the German capital infuriated Hitler.

In one of the biggest blunders of the war, Hitler changed the target of the Axis assault from the airfields of England to the major metropolitan areas. While the population suffered during these attacks the RAF received the reprieve that it desperately needed. Despite the damage the attacks created on the British population it was very apparent that any attack against the British Isles would be met with overwhelming resistance and air supremacy would not be achieved in 1940. Hitler shelved the assault (Operation SeaLion) and decided to wait until 1941 to take care of England. Of course his mind turned east and England was never seriously threatened again. 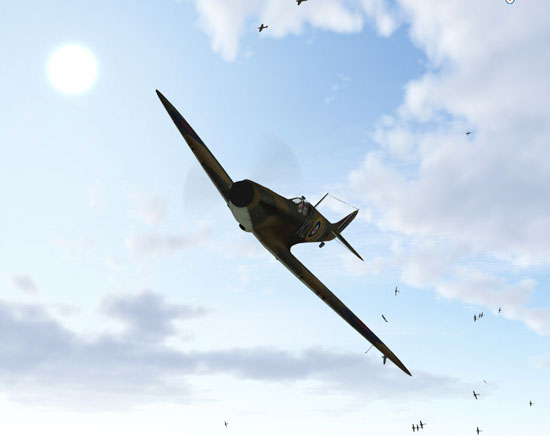 Battle of Britain II certainly isn’t the first title to bring this conflict to the PC. LucasArts was the first when they released Their Finest Hour and contemporary titles like EAW and CFS1 visited the battlefield and online games like Warbirds, Aces High and WW2 Online regularly fight a similar aerial battle. Still, at least until the future release of Oleg Maddox’s next simulation (tentatively called Battle of Britain as well) BOB is the only flight simulation completely dedicated to the battle.

Of course the question most people are going to ask is ‘Why should I shell out money for Battle of Britain II, isn’t it essentially the same game?’ In many respect, well most respects, yes this is essentially the same game. Players of the original game will be able to dive right into BoB II with a limited relearning time. Many of the changes in the game will not be readily noticed until you start comparing it to the original game.

The game will ship with the traditional CD and keycard that comes with most games these days (not all though) along with what will seem to be huge 131 page manual that should get most new players off the ground. This is roughly the same size as the original manual that came with the game. In addition the game will ship with an impressive looking 19″ by 14″ map that shows the entire game area along with the important targets, radar ranges and distances. I have a jpeg of the map (sorry, not going to show it, buy the game to get the map) and it looks pretty impressive.

In addition there will be a 52 minute Battle of Britain documentary covering the battle from start to finish. Given today’s tendency to ship 25 page manuals and little documentation these goodies seem pretty impressive. It is too bad that a 131 page manual is considered huge by today standards but anything that makes getting into the game easier is by far well worth it. Ultimately the extra cost (It’s retail cost is $39.99. $49.95 for the game at Shockwave’s online store includes shipping and handling anywhere in the US from the Shockwave site.) of adding manuals, keycards and maps to the game should be considered well worth it when you try to find someplace to print a manual.

The interface is relatively unchanged. The menu screen has changed a little as far as the name of the single missions (they aren’t called quick shots anymore). Notable is the lack of the multiplayer selection option. More on that later. One thing you will note is the change in the background visuals. Almost all of the stock backgrounds have been changed although I suspect anyone who has not played BOB in several years will not even realize the change. 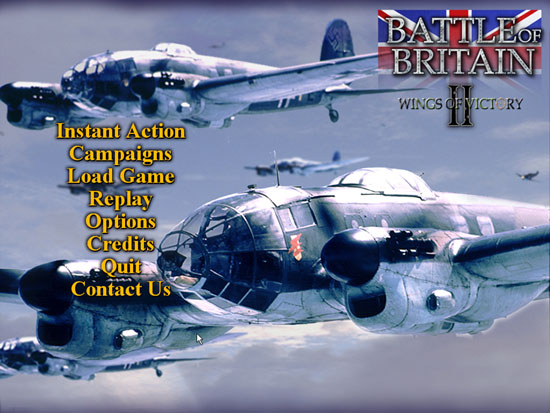 The setup menus haven’t changed much although some of the capabilities have been improved. Controller setup has improved to allow multiple controllers in use with the game plus the ability to remap keystrokes, something that I believe was not possible with the stock game. This is significant; the inability to map keystrokes or to assign keystrokes with controllers was a major problem with the original game. Track IR enhances support is available with BoB II as well as the option to override the TrackIR when padlocking. How the TIR system works with BoB II will be discussed later.

The in game graphics have also improved substantially. In a couple of screenies I have done some side by side comparisons of the original game (with the BDG .99 patches added) with BoB II. As you can tell the aircraft models looks substantially better than the stock models. Scott has done an amazing job overall with the graphics in this game.

Cockpit graphics are also amazing. Scott has done some really nice work with the Shockwave add ons so it was expected that his BoB II cockpits would be nothing less than amazing. Well, he certainly delivered on this. As you can tell from the screenshots the improvement is substantial.