I am very impressed at how well the game looks in cockpit, especially when I fire up the original. The original game almost looks cartoonish in comparison to the updated version. There will be the inevitable comparisons between IL2 and BoB II when the game is released and I think the two cockpits will compare favorably with each other. Enclosed is a side by side shot between the Bf 109E4 in IL2:FB and BoB II.

Each side will claim that theirs is the more ‘realistic’ but as you can tell the attention to detail is in place with BoB II. Personally I think the cockpits look a lot better in BoB II. That isn’t taking anything away from the IL2 series; they are beautiful in their own right but the job done on BoB II looks outstanding.

The exterior graphics are improved as well. Minimized is the block o tree look that was prevalent in the first version. Trees are still in block form (as are some buildings) but they have a much softer look and from altitude look much more realistic. Down low they are still blockish but it is improved. The ground textures are improved as well, creating a palette that looks darker but earthier than in the original. 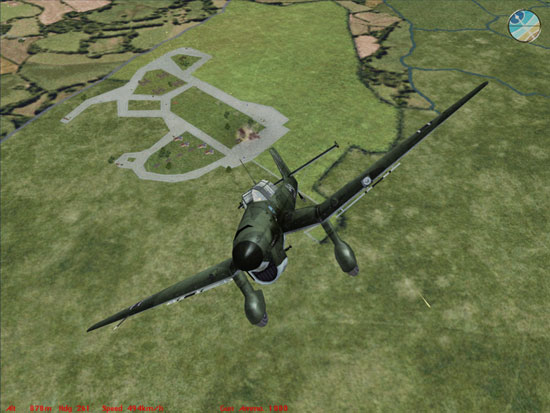 I cannot say that the terrain is outstanding but it does look better overall. In essence there is only so much you can do with what was given you and Scott has done an OK job with the buildings and other terrain features in the game. Some things do look significantly better, like the water graphics. While not perfect, they tend to shimmer from a distance, they look much better than the awful water that was found in the original version. It isn’t up to the level of SHIII for sure but it, like the terrain, looks very good up high and is passable enough down low to keep disbelief suspended on those low attack shots.

Battle of Britain was one of the first games to introduce the volumetric clouds common in today’s simulations and Shockwave continued to improve on the original. Clouds are pretty close to the level of games like LOMAC and are better than most contemporary simulations. You had better bone up on your instrument flying. Dusk shots are downright stunning; you may spend your time looking more out the cockpit windows than you will look at the enemy.

The explosion graphics are substantially improved. I discussed in my E-3 look how nice they looked and they still look just as good as ever. The explosions are individual; meaning that every explosion will look different every time. Since there is no individual sprite for all explosions you get a nice effect when a lot of ordinance hits the ground. The improved effects are carried over to water and air effects. Smoke trailing from bombers looks realistic and water hits are equally impressive. The whole thing is a major improvement over the original game. 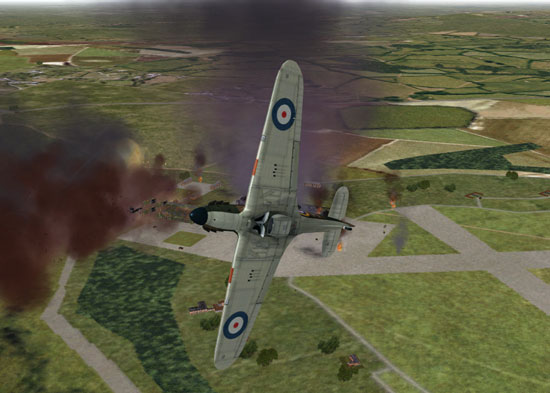 A game that looks good is worthless if the flight models, campaign and missions are worthless. A game like Battle of Britain was known for its campaign engine and its variety of interesting single missions. BoB II hasn’t really changed the campaign or single mission setup which is a good thing IMHO.

The flyable aircraft in the game are the Spitfire 1, Hurricane 1, Bf109E4, Bf110C4 and Ju87B. I won’t go too deep into each aircraft; most people have a decent idea of the history of these aircraft. In addition you can crew the He 111, Do 17 and JU 88 bombers that flew against the isles. You still cannot actually fly the bombers in the game (other than the Skuka) which is something I wish you could do but making flyable bombers would have meant a code rewrite that would have taken much too long and probably would have opened a can of buggy worms that the Shockwave team didn’t want to endure.

The flight models are pretty tight and give a feeling for flying these early war aircraft. In addition a lot of the troubles that people had with the quirky joystick inputs seem to have been corrected. I remember the worst part of the original game was the absolute lack of control that I felt when trying to maneuver these aircraft. I know that these planes were quirky but the control input with the old game was so over the top that sometimes flying was more effort than fun.

I’m glad to say that this doesn’t appear to be the problem. That doesn’t mean that the flight models are dumbed down, it appears far from it, but now you can actually fly the aircraft. Of course the aircraft have their own quirks that most of us know about now. The Spitfires and Hurricanes have that expected engine cutout when pulling negative Gs. The Bf 109E4 has excellent low speed handling and climbs like a demon but cannot turn with a Spitfire or Hurricane. The Bf 110 is pretty quick (it was faster than a Hurricane and almost as fast as a Spitfire-it dove better than both) but sluggish and slow to accelerate. I am finding the Stuka to be the most fun to fly, it is a docile plane that is easy to control and place on target. 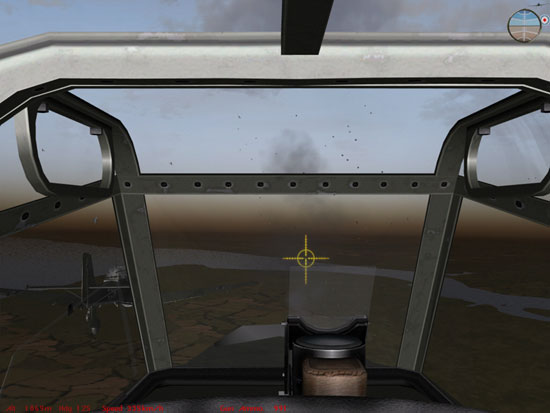 One great improvement, something that makes flying a lot easier (at least for me) is the addition of TrackIR support. If you have a TIR3 with the 6DOF addition you will be in for a treat with this game. 6DOF works well with the game, zooming in is smooth and seamless and panning the cockpit works well. In addition with BoB II you have the ability to override padlock with the TIR (if you chose), something not available with the updated original version. 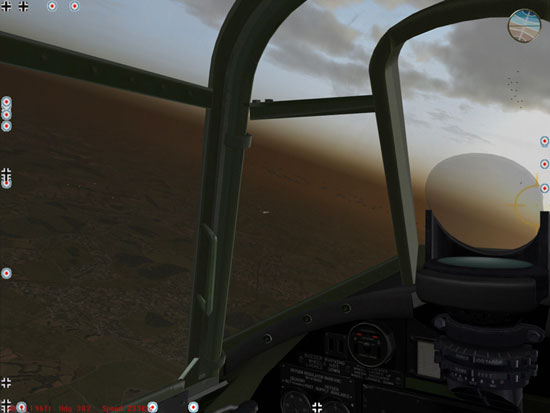