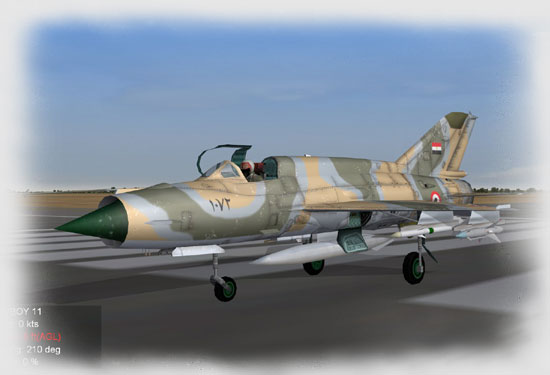 I seem to spend my life in terminals and hangars at various airfields, waiting for something. My friends, do you ever find that life often is a sort of waiting game? One waits…for what is next to come, and then it is come and gone, and again you wait for the next one. All this waiting around will make me too philosophical, I think.

You of course know of our narrow escape in my brother’s tank from the hated mujahids, yes? Sergei had a new member of his crew, an American spy named Dan Phinin, who works with my Navy friend Captain Bones in the Iran war. And it seems that Captain Bones and his friends have a part to play in ours, still. Kemal told me so. I had a message to Captain Bones from him, and it was for a U.S. Air Force cargo aircraft, one of your C-17 Globemasters, that I waited for in that drafty hangar in Sochi’s military compound. Dan was gone by now, Sergei and I saw him off in a tiny Lear jet as he was off on another hush-hush trip. It was I who had the mission to brief Captain Bones, to tell him of the words Kemal spoke to me in Aacy, to give him the tokens of his men in Iranian hands, one’s watch, another’s ring. They were with me, secure in the zipper pockets of my camouflage flight suit. I did not, however, yet know how Lt. Lindel and Lt. McDowell would be rescued. All I knew is that Bones, and through his efforts Dan’s unit, had a most important man in their captivity, the key to the Americans’ release. Mohammad, the son of the IRLF’s Sheikh Muqtadeh, and the protégé of the Iranian ayatollah himself.

The next piece to the puzzle fell in a most peculiar way. I heard someone walking up behind me as I meditated on Kemal, curled up comfortably in the American cargo team’s ready room. I looked up, beheld two men approaching me. One, in uniform, was of course my Commander. And with him… a tall, sparse man, with thick, steel-grey hair and laughing green eyes that I well recognized, for I see those eyes in the mirror every morning!

He smiled, casting a glance at the Commander as he said “You see, Yuri? She is as observant as ever. Come, Shoura, give me a hug!”

I jumped up and did just that, only at the last restraining myself to salute my Commander, whose ice-blue eyes melted just a bit. “Relax, Alexandra Dmitrievna. This is a social call, after all.” He turned to my father. “She still looks nothing like you, Dmitri. This, I think, is well for our Sacha.”

The Commander was nonplused. “Indeed. Like you, your daughter often runs in where angels fear to tread. It is fortunate for us all that she has her father’s luck, as well as his skill.” He nodded at me. “You are off to the Americans again, eh? I have spoken to Dmitri of this. A new message has come, purporting to be from the Turk spy that you have befriended. And I have need of your skills once more, Sacha. After this mission, you will return to the Regiment.”

“Da.” Father cut in. “But now, Shoura, your American heritage from your beloved mother will still be of use to this. Arranging the rescue of these captured American pilots will be most tricky. Americans have a great sense of pride, as do we. It will be in the cursed Emirate that the rescue takes place, daughter. I have read this message. It was delivered to me, in Moscow, while you were with your brother in the south. Let us be seated, that we may discuss this after you read it.”

He held out a large Manila envelope to me. Inside, photographs of the American airmen, which I recognized from the earlier briefing. Both of them, in captivity. Torn, stained flight-suits and obvious injuries spoke of the pain they must be experiencing. A handwritten letter, in Arabic, accompanied them, and a cover letter, rather thicker, along with an envelope bearing my name, sealed. I opened the sealed letter.

If you are reading this, then you have the items which I gave you at our meeting and you have my message for Bones. Your translators will have seen the Imam’s letter, written in his own hand, and you will know that it demands Muhammad’s return to the Iranians in return for the American prisoners. Muqtadeh places himself as the intermediary in this letter, ostensibly to propose the exchange in a neutral ground, the Suhumi airbase in the Islamic Emirate of Abkhazia. This “neutral” ground is chosen in reality because of who Muhammad is, do not be deceived that the Imam is merely an impartial cleric who wishes to facilitate this exchange.

Be wary, my friend. The Imam has demanded the following: At a time of his choosing, I am to contact the Americans in Manama. There, they will send a transport aircraft to Suhumi of the American air force. Bones himself is to be aboard to escort Muhammad. The Americans will not be allowed to escort the aircraft into Emirate airspace. The Imam has demanded that your VVS escort it, and has insisted upon you by name to lead the flight. You and one other, Sacha-Captain Sandakchiev. He states that you yourself are to contact the control tower at Suhumi by radio when the American aircraft nears the field.

This is a trap, Sacha. For you and Captain Sandakchiev, for Bones, and for me. I know it. It is obvious to me. But the Imam speaks not of it to me. He is wary in his words to me now and I fear that I have been found out. I will bring the Americans to Suhumi, and I will fly out with them. My usefulness here is at an end. When you come, prepare yourself for battle, Sacha Andreeva. My life will be in your hands, this time, as will your American friends’ on the ground. Take great care.

I folded the letter carefully and tucked it away.

“So, daughter. This is from the Turk?”

“Yes.” I nodded. “I believe him, Father. A bounty is on my head, and Vasily’s as well, for the mujahids dead by our hands. And Bones’s name is cursed by the Iranians, who we now know are the Sheikh’s greatest support. If he knows about Kemal, then all his most hated enemies will be….”

“Together. At the same time.” The Commander spat on the floor in disgust. “Does he think we are so easily deceived?”

“Nyet.” Father shook his head. “He knows we will come anyway. The Americans will demand it. I am quite sure that their Marines will also be on the transport with this Bones, and they will have aircraft nearby. The key, Shoura, will be you and Vasily. For a time, you will be alone over Suhumi, and the MiG you usually fly is not designed for pinpoint ground strikes.”

The Commander’s brow furrowed. “You mean the Starfighters, Dmitri? What does that have to do…”

“I will explain, old friend. All will be clear.”