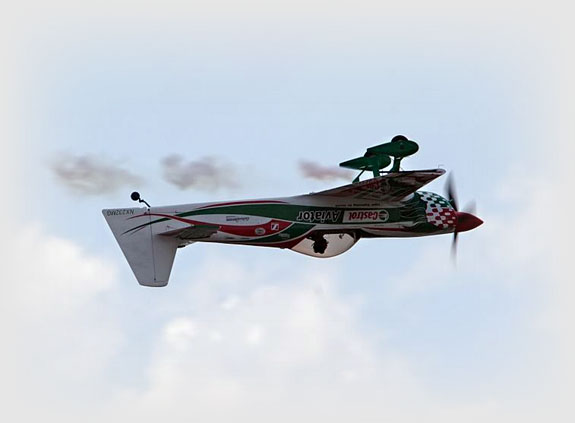 If you follow airshows or competition aerobatics, you are already aware that Michael Goulian is one of the preeminent aerobatic pilots in the world. He also has a well-earned reputation as one of the most personable and accessible performers on the airshow circuit –– a fact I was able to easily confirm during a brief conversation after his performance during Saturday’s airshow at Wings Over Pittsburgh 2005.

Having watched Goulian perform for many years, first in his Extra 300 and now in his CAP 232, I was curious to know how the performance of the ubiquitous Extra and the increasingly popular CAP differed. As razor sharp and as similar in performance as both aircraft may appear from a layperson’s perspective on the ground, I was surprised to learn that there are huge differences in handling characteristics. “The Extra is a very stable aircraft, which is of course good for airshow flying,” Goulian said. Goulian noted, however, that stability comes at a price. 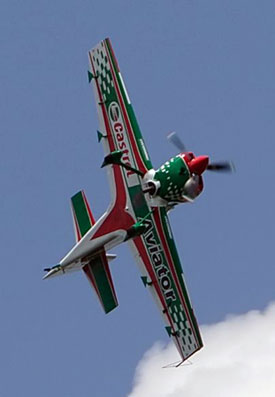 Taking a moment to explain, a stable aircraft will tend to return to level flight after being placed in a turn or a climb, making it easier to fly; a fact about the Extra’s handling that Goulian confirmed in our conversation. While this may be perfect for a commuter aircraft, aerobatic pilots spend most of their time in what pilots, in a typically casual deadpan fashion, refer to as “unusual attitudes.” Thus, stability is something of a liability in competition and airshow flying. Of course, the word “stable” is a relative term. While the Extra 300 may be more stable than the CAP 232, the Extra’s handling characteristics are still light years away from you local dentist’s famously docile V-tailed Beech Bonanza. However, the fact that the CAP 232 is that much sharper than the Extra must mean that the CAP can be quite a handful.

Nonetheless, for a man of Goulian’s supreme skills, basic aerobatic proficiency comes relatively quickly, but to fully exploit the machine takes longer. Goulian said it took him 150 flight hours to become completely comfortable with the aircraft. He now has logged about 500 hours in the CAP and really feels that he able to explore the aircraft’s full capabilities. And those limits are truly dizzying, with a maximum roll rate of 420 degrees per second and a G-force limit of positive and negative 10Gs. Mike uses every ounce of those capabilities during his show, rarely leaving the CAP 232 in level flight for more than a second at a time.

To help him explore the limits of his CAP 232, Goulian enlists the assistance of 1998 World Aerobatic Champion Patrick Paris. Paris acts as Goulian’s aerobatic coach, a role Paris assumed shortly after Goulian made the transition into the CAP 232. Paris has the most time in the CAP 232 of any aerobatic pilot in the world and it for this reason that Goulian works with Paris on developing his airshow. “Patrick, with his experience in the CAP 232, really helps me find the limits of the aircraft, especially when it comes to experimenting and testing new maneuvers for the show.”