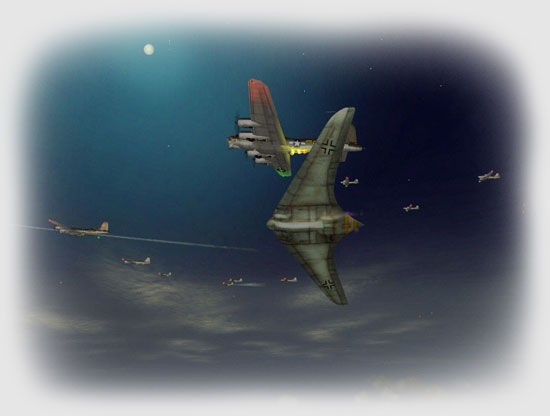 You have to give some credit to the IL-2 game engine; it has continued to maintain a following years after the initial release. Oleg has released his own updates, first with Forgotten Battles, then his own Aces Expansion for IL-2:FB, then his final in the series; Pacific Fighters.

These different versions created a very good base in aircraft and areas to fly. Unfortunately Maddox Games has not been able to completely fill the need for campaign and single mission structure. This has been and continues to be, considered the weakest point of an IL-2 game. Even after spending over 120 dollars (if you spent retail on IL-2:FB, AEP and PF) more often than not the player was left with a technically sound but somewhat less than engaging game.

To be honest, I don’t really like the name of the title, it is somewhat confusing when you look at the name of the official add-on pack for Forgotten Battles. While very few people will be confused by the two games there may be a small percentage that will buy Aces Campaigns thinking it is Aces Expansion.

There has been and always will be, heated discussion over pay ware add-on packs for games like IL-2. While there are quite a few very good freeware add-ons for games like IL-2 often pay ware add-ons like Aces Campaign or The Last Days can add fun quickly and with less hassle. I suspect that most IL-2 players, like myself, have a combination of pay ware and freeware add-ons, skins and utilities with their game. While the devotion of the followers of IL-2 may not equal the degree that say the Flight Simulator has it still is a very robust market and one that should have some following for a while.

The game ships with a standard DVD style CD case and nothing else. This is pretty much the norm for most games although some kind of paper documentation would have been nice to have with the game. The version that I received came directly from GMX media so there may be some documentation on paper that came on PDF with this CD.

The manual that comes with the CD is an eight page PDF or Word document format that covers the basic installation of the game. It also includes a somewhat helpful command structure tree for allied and axis aircraft. Using this guide people can create macros that can quickly order your wingmen and squad mates in offline (or online with the AI) to do your bidding. While you can do this yourself it is a nice addition and worth the toner to print out.

Like any other autorun game the installation is fairly straight forward and proceeded without a hitch. It almost seems an anachronism these days to mention installation but occasionally there can be problems. The game installs into the default IL-2:FB directory. This game is for the original IL-2:FB and can be played without the AEP or PF add-on.

Once the game installs you have the option to select one of five different campaigns in the game. A screen comes up giving you the selection of campaigns (which will be discussed later) although I am not totally sure what this does. It appears that any campaign is accessible in the game no matter what campaign you select in the Aces interface. 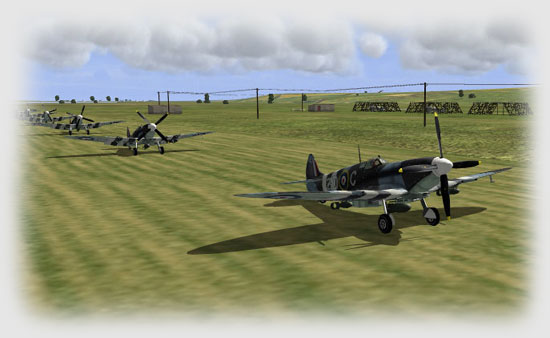 I suppose I probably should mention some of the controversy concerning this game and the upcoming SHIII add-on that Combat Planes is currently working on. I have been assured by the developers of the game that the skins used in the game were authorized by the authors. In the readme there are links to various sites for skins and places like Hyperlobby for those that want to play the game online.

I know some folks have complained about this but let’s get realistic here. What is in the PDF is nothing more than recommendations on where to go to get more add-ons for the game. This essentially is no different than Ubisoft putting a link on their web site or recommending someone go to another web page devoted to the game. I won’t get too much into the argument over the correctness of such things. I think the issues were resolved but I suspect someone will bring this up.