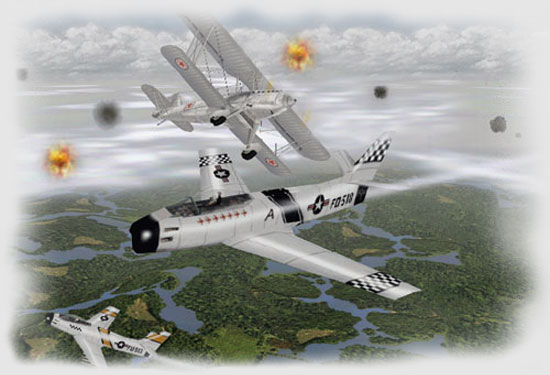 “Col. Gibbon” (John “Col. Gibbon” Graham ) played it cagey with the announcement. He just put up a post with music-playing smiley’s under the heading “The day you’ve all been waiting for is here!” And nothing more. Shades of old martial music before a big announcement in 1940’s Europe.

“All we could have hoped for is about to happen… well, actually it already has happened “, “Pobs” (Brian Egan) added mysteriously.

The secret did not last long. The loyal and long-suffering EAW community quickly came close to the truth. “RAF_Roy” (Roy King) said it first. “Wow, let me guess: I won the Lottery, we have World Peace, and EAW owner has released rights to the source code!!?”

The explosion of posts was a madhouse of congratulations and speculation as to the meaning of this, with many old names reappearing in the list of over 100 posters within a day. 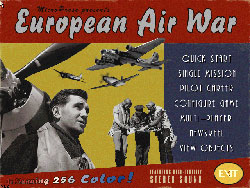 Well, not quite. Atari Interactive CEO Frederic Chesnais had simply agreed in a letter to “Col. J Landers” (Nathan) that forum members could contact former employees. “Col. J Landers” was among a group of EAW fans like “Col. Gibbons” who pressed Atari for the better part of a year as the owners of EAW and quested for the original staff and their secrets.

“Atari Interactive has no objection to your engaging in open discussions with a group of individuals, to include Chris Coons, John Parquin, Will Gee and Nathan Medford, with respect to your development of the old source code related to the “European Air War” software game title” the letter read.

Is this big news? A game first released in November of 1998 by MicroProse has its source code “sort of” released to a sim community. If they can find it. No one seemed to know — or was ready to admit-if it even exists. And the community can’t sell it or misuse it “for any commercial or profitable purpose, that diminishes or dilutes the good will in or to such game and/or its trademark, or that otherwise disparages or casts a negative light on Atari Interactive, any of its affiliates…” etc. in the small print.

In other words, Atari still owns and has all legal rights to the mysterious code.

Nevertheless, the murky issue of whether the community can legally modify and use the code is at last cleared up. And that is important news, since fans have been working on modifying the code for years.

Mr. Chesnais concluded his letter in a very friendly way, saying he was available for more information, and signing off with… “AND ENJOY EUROPEAN AIR WAR”.

Atari’s goodwill streaked to the sky at the EAW forum, along with CEO Fred’s status.

Atari’s founder Nolan Bushnell probably would have approved. His “Pong” game consoles in bars and restaurants started the whole computer game revolution. He loved games and wanted everyone to enjoy them.