The sound effects from engine startup, to power changes, to avionics and warning annunciators are very nicely done. The fact that the warnings can be configured in four languages (English, French, German, and Spanish) is a nice touch. The Pratt & Whitney Canada PT6A married to the PC-12 is unique in that the engine operates continuously at 1700 RPM unlike most PT6 engines which have a propeller control to vary the RPM. In the King Air B200 I fly the PT6 engines operate at 2000 RPM for takeoff, 1900 for climb, and 1700 for cruise (the quietest setting). Doing away with the multiple configuration changes makes flying the PC-12 a single lever affair (power only).

The avionics, flight director, and autopilot on the Flight1 PC-12 are excellent and provide a useful crutch for single pilot IFR operations. Not that the PC-12 is a difficult aircraft to fly, but an owner/operator aircraft with a speed range of 64 to 270 knots (TAS) and a ceiling of 30,000 feet is no Piper Cherokee. Once again I’d encourage you to read the manual and watch the tutorial on how to properly operate the autopilot and flight director. One item that took some getting used to for me was the altitude preselect and vertical speed select combined unit. With the selector knob pushed in, the unit operates as an altitude preselect. With the selector knob pulled out, you are selecting a rate-of-climb (in feet-per-minute). The buttons on the left side engage one or both of the modes. In every other aircraft I’ve flown (in real life) the altitude preselect serves only that function whereas vertical speed is controlled via a wheel or trim button on the pedestal (which is also present on the PC-12). I’m sure one gets used to the combined unit rather quickly (I did) but I do see a potential for error when using the unit. For instance, you are being vectored for an ILS in mountainous terrain and ATC gives you a descent to 8600 feet and a heading to intercept the localizer. You are high and tight and in order to make the altitude you dial in 2000 FPM down. If you are in the wrong “mode” I can envision an instance where you might accidentally dial 2000’ into the ALT mode instead of the VS mode, with tragic consequences. Has it happened? I don’t know, you’d have to ask a line pilot flying the PC-12. Here is the unit displayed twice, in each mode. 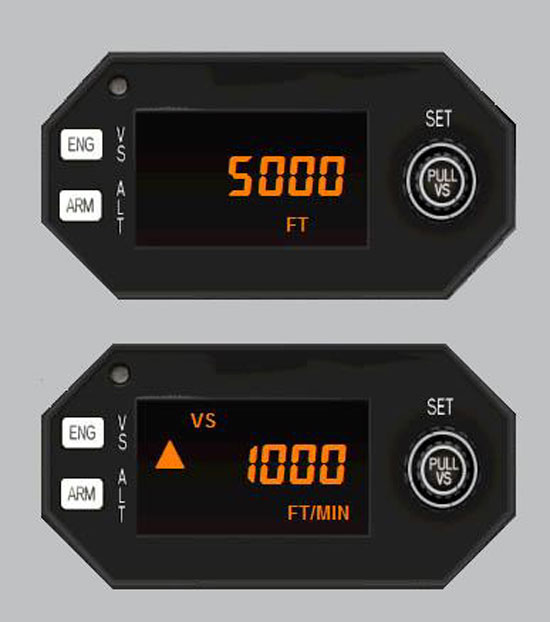 Once you get used to the avionics, they become second nature and are very nicely implemented. Flight1 made it so that clicking on the EADI causes it and the EHSI to pop-up to a larger size for better readability. Clicking on the EHSI causes the EHSI control window to pop-up unobtrusively at the bottom of the screen. Here I’ve cut and pasted the windows and drawn arrows to show how the MFDs interact with the other areas of the cockpit. 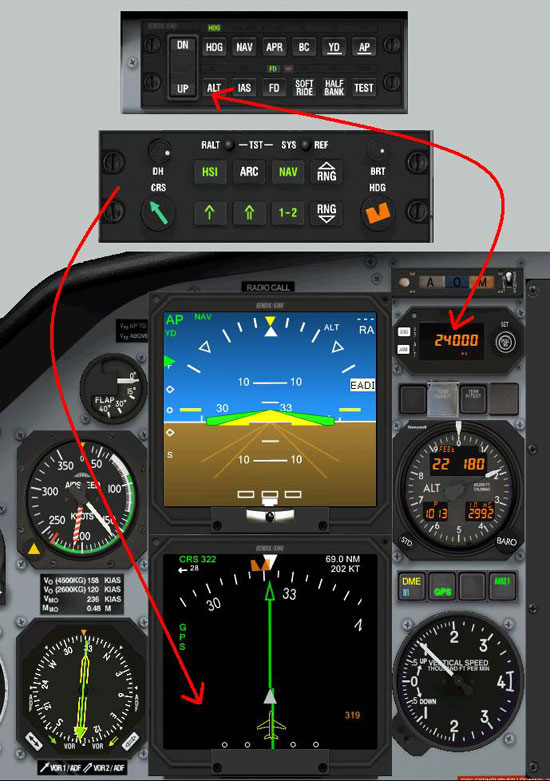