Approaching Annette Island VOR (ANN) I start descending; I am also entering the coverage area of the Misty Fjords add-on scenery area. As I descend the weather looks a bit sketchy ahead (real time / real world weather) so I plan on shooting the instrument approach into Ketchikan. 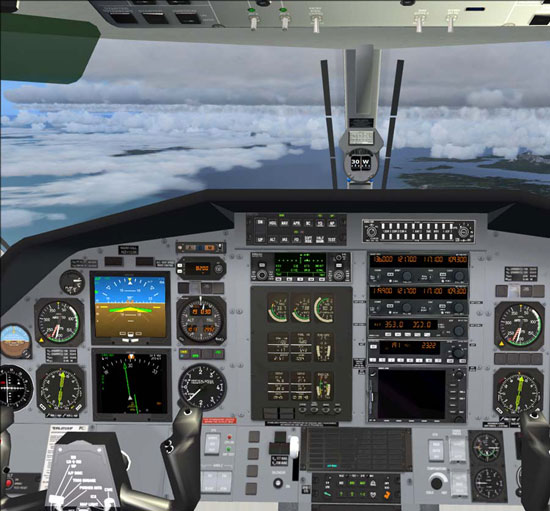 The plan is to shoot the ILS/DME approach to runway 11 via the Annette Island transition to the 35 DME arc. The approach plate depicts the transition out to the arc as the 295 degree radial and the transition altitude is listed as 8200’. After crossing the Annette Island VOR I join up on correct radial as I head down to 8200’. Since I’ve already captured 8200’ on the autopilot, I’ve selected the next step down which will be on the arc itself (6700’) so that all I have to do upon starting the arc is engage the vertical speed mode and arm the altitude capture. You will also notice I have the white needle on the EHSI slaved to the GPS which is set to the airport, giving me an excellent positional reference as to the bearing of the field at all times during the approach.

We’ve now reached the arc and I’ve started my turn so that I don’t blow through the 35 DME distance. I select vertical speed and arm the altitude preselect to head down to 6700’. At the lead radial (300 degrees off of ANN) I will next change the NAV1 frequency to the ILS (109.3), spin the OBS to indicate the inbound course for the ILS (109 degrees), and keep track of the very short remainder of the arc to the ILS on the RMI. I’ve already put out 15 degrees of flaps and slowed significantly to keep the sequence of events at a manageable pace.

We’ve now intercepted the ILS inbound and I’ve armed the approach so that the autopilot will capture the glideslope when it descends in the EHSI. I’ve also turned on the anti-ice features of the PC-12 since we are flying through visible moisture. The autopilot is struggling a bit to get back onto course because the winds are so fierce out of the south (50 knots) as indicated by the wind symbol on the upper left hand corner of the EHSI. 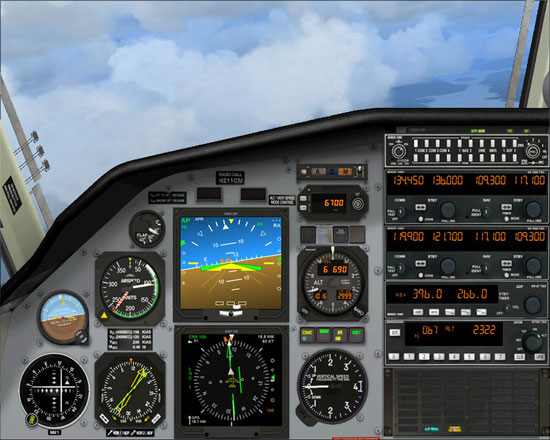 On 5 mile final I spot the airport as we descend below the broken cloud layer. The landing gear is down and three greens are showing and full flaps are selected. The PC-12 has excellent slow flight capabilities and it feels unnatural to this King Air B200 pilot to be flying at 70 to 80 knots down final. As we come out from below the clouds the beautiful Misty Fjords scenery starts to unveil itself as we see a cruise ship motoring through the straight next to the airport.