A problem I experienced only one time was my home airbase that apparently did not load upon returning from my mission. I was flying online with another community member at the time (Axe) and when I queried him, he stated that the airbase was visible to him. So I stuck to his wing and landed behind him. Since that time I’ve returned to base many times and not had the problem crop up again. 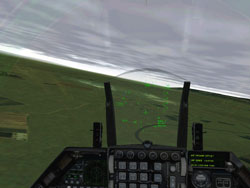 Another bit of excitement as an SA-6 site engaged Doug while I snuck in at low altitude to take it out. Unfortunately for me, my Master Arm switch was still on safe! 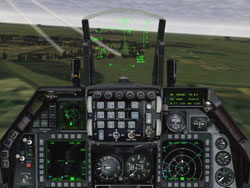 A low cloud layer over the target area can make CCIP bombing a bit of a chore, forcing you down into the AAA and low level IR missile threat area. The nice thing about flying with a human wingman is they can relay back the conditions over the target area including the ceiling and threat level below. Drawing straws for who goes first is a good plan. 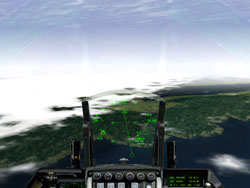 When the enemy does wake up they do so with a vengeance. AAA coverage is much more severe looking and sounding. 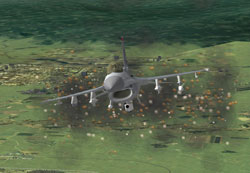