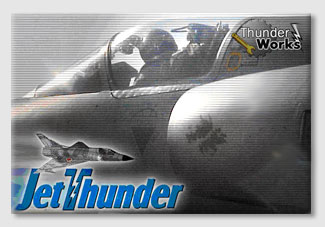 Chris: How much fidelity should we anticipate from the Harrier flight model? User controllable lift nozzles?

Dante: I don’t know how much fidelity will be inserted in our FM, it’s been a bit hard to get flight data about first generation Harriers; especially the Sea Harrier. But of course user controllable lift nozzles, since X-Plane and others already had these fully featured. We got also some veterans, real pilots of the featured aircraft, who volunteered to contribute with input and feedback.

Chris: Will there be avionics or cockpit differences between the FRS.1 and Gr.3 models?

Dante: A lot of differences! They’re very different in terms of avionics and operation, the Gr.3 with a Ferranti 106 laser rangefinder in the nose while the Sea Harrier has the Blue Fox multimode radar. This is the main difference. The Gr.3 model will be able to operate laser guided bombs (they were used in the last stages of the South Atlantic conflict). The Sea Harrier also has the NAVHARS inertial system while the Gr.3 has a GEC-Marconi color map display. Both versions, though, use the Marconi ARI-18223 radar warning receiver (RWR). 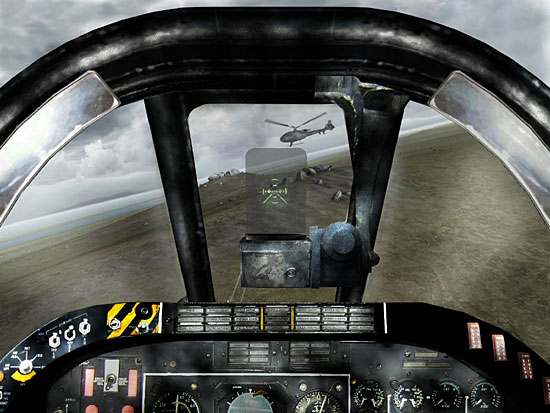 Chris: Will the Hermes and Invincible ships be active environments with other aircraft taking off and landing? Will deck crew be modeled?

Dante: Yes, deck crew will be modeled and animated, doing their correct job in the deck. Sea King helicopters will be busy/ready for rescue at each take-off or landing operation of the jets, so expect to see some action over the deck (but probably not soon in our alpha versions).

Chris: Will ships be subject to changing weather conditions such as rolling and pitching in different sea states?

Dante: This is not so hard to implement, as the aircraft carrier is also subject to a physics model just like the planes (instead of Flight Model it should has a ‘float model’); the biggest issue that needs more attention is the tweening between the moving carrier deck and the planes it carries in its deck, specially in online environment. Personally I think this rolling and pitching is a very important part of carrier operations that should be portrayed.

Chris: Will the Harriers have things like compressible wheel struts and complex ground handling characteristics or will they have a more scripted feel to them?

Dante: At the current alpha builds we’re testing, ground physics, interaction and handling is a major weakness, so in my tests I usually disable ground collision detection to avoid ending flipped upside down… but this will be fixed before showing our alpha build to anyone — I hope (because it’s so embarrassing and annoying).

Chris: Do you intend to model exhaust plumes and / or heat shimmer for aircraft?

Dante: Yeah, shaders! Vertex shaders, pixel shaders. Steve wants to do all the programming alone, he said JT progressed more in this way rather than if it was done by a coding team — perhaps Steve is right, but one thing is for sure: another programmer must help us in the shaders / effects department, because Steve has no experience in this kind of cutting-edge graphics programming. At the moment, we don’t have any ‘special effect’ apart from smoke (simple particles). I would like to have heat shimmer effects, smooth shadow effects, ocean bump/shinning effect and full scene bloom.