Chris: Will there be a multiplayer campaign or will online play be more along the lines of “deathmatch” type of play?

Dante: Very oriented to a multiplayer online campaign. Of course some fun death match maps will be available, especially in the islands themselves, as the distances between one airfield and the other (Goose Green and Port Stanley) are very short and suitable for deathmatch type of play. Problem is that neither of these airfields has a runway long enough to use the high performance jets of the game, only the Pucaras and Harriers. 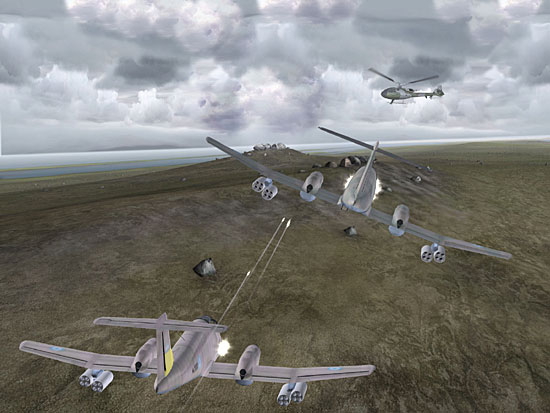 Chris: Work has progressed on the aircraft damage model with features such as parts falling off of aircraft and holes in the aircraft; will damage affect either systems or aerodynamic qualities of the aircraft?

Dante: One of the things Steve was adding a few days ago was pilot kills and fuel leaks, very important for a damage modeling of course. And indeed, lack/damage of one aileron will reduce roll, a bullet in the nose can kill your radar system etc.

Chris: The Harrier is reputed to be a rather difficult aircraft to fly. Do you feel that the Jet Thunder Harrier will require the demanding skills needed to fly it correctly?

Dante: In our current iteration, it’s very overpowered and the FM is very generic at the moment, so, at current alphas it’s very easy to fly, but this should change when the real engine trust is inserted in the FM and the payloads are variable both in weapons and fuel — also, a nice spin model should be added (we had some good tests with these in the past).

Dante: They will be modeled in the following way: An ‘infantry unit’ in campaign map is a infantry platoon (often 30 to 35 soldiers) These will be animated 3D characters, like the screenshot shows. They suffer casualties from bombing / strafing, and once all platoons members are casualties, the infantry platoon disappears from campaign map and also from the campaign server. A little status play will happen if two adversary platoons are within visual range of each other. They can engage, retreat, or hold position and call for air support. If they engage, the number of active soldiers in the platoon, their experience, and their ammo will decide the outcome of the land engagement.

Chris: Will damaging or destroying airfields result in reduced mission capability for those airfields and will they be repairable by engineers on the ground?

Dante: The “repaired by engineers on the ground” is a great idea of yours and we should ponder it a bit.

At the moment, as explained earlier, we have only infantry platoons designed. I thought loosely about having platoons near to makeshift airbases in the battlefield, so if you land your Harrier in a makeshift airbase that has a platoon near, you can rearm and refuel your plane — this will not happen if you land in a abandoned place, far away from any ground personal. But this isn’t yet available. For each new campaign feature, Steve has to go back to the Campaign Server code and make the whole client / server system “understand” the new unit class with their new functions and all that. 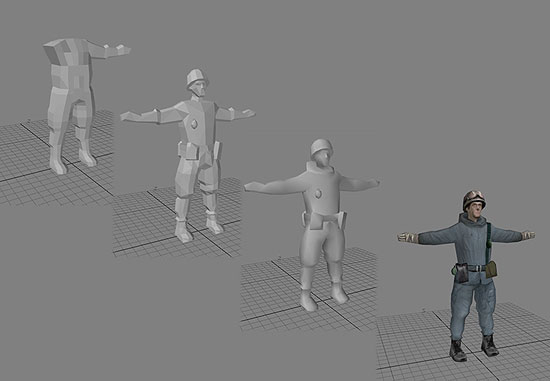 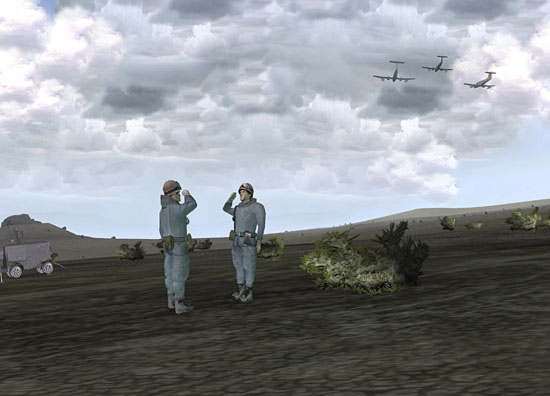