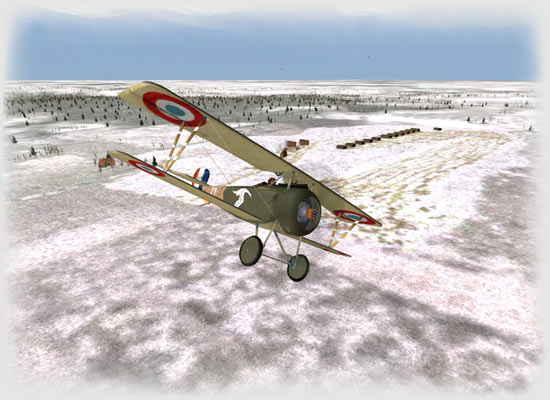 Graphics, Sound, Ambiance and Other Notes of Interest

If Microsoft has always been weak on AI they definitely spent the extra effort in the Graphics ‘shop’, OFF is no exception. The environmental eye-candy is as rich as your hardware can handle, it’s no longer cutting edge graphics technology but still looks very good. If maximum settings are selected there’s a huge effect on FPS, and it can bring a recent generation gaming machine to it’s knees… even as ‘old’ as CFS 3 is. The aircraft models and cockpits vary slightly, some are very good, and others are just OK. Not all of the aircraft ‘skins’ are as crisp as they should be. Other current games look better in some ways, but overall OFF’s graphics are acceptable. See some of the accompanying screenshots for examples.

I rate OFF sound files as a solid ‘good’, nothing spectacular, but much better than the noise that shipped with CFS 3. The GUI sound effects and music are above average; they contribute much to the overall ambiance of this game. Engine and weapon sounds are believable; the only area I find a bit overdone is the artillery sound that can be heard over your engine noise while flying near the front. 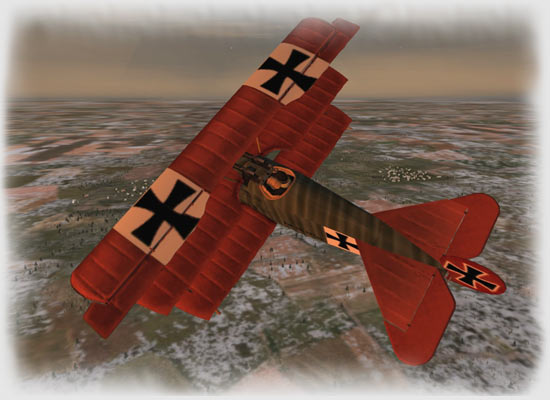 The requirement to create and select an active pilot for any and all missions modes is unique. At first I considered this an unnecessary pain, but after some time playing I came to like it. The selected pilot’s records are updated with all of his/her flights accomplished in any of the available ‘flying’ modes; this adds to the immersion as the same pilot begins to increase his experience and kill tally. While on the subject of kill tally… The OFF crew added a really neat little kill recording system. The kills that you get during a mission are just ‘claims’ until approved by higher headquarters, they only go into your pilot’s official record after confirmation. Pretty Cool!

The last item I want to note is the view system in OFF and CFS 3; it’s awkward, incorrect, and in my opinion very unrealistic. While no game can display an accurate representation of the human eye’s vision capability on a two-dimensional device, other game developers have demonstrated more acceptable compromises. Padlock view in CFS 3 is, well… odd, especially when compared to how the rest of the industry accomplishes this function. ‘Snap’ and ‘Pan’ view are mutually exclusive, unacceptable in an air combat simulation that requires the player to ‘see’ everything near him in order to ‘survive’. The 2D cockpit initial seating position is way too low with too narrow a field of view to be realistically useable. You don’t drive a car with your eye level below the instrument panel, why must we do so in these virtual aircraft! Yes, I know it can be adjusted, but that’s another ‘correction’ that must be accomplished by the player that really shouldn’t be necessary. 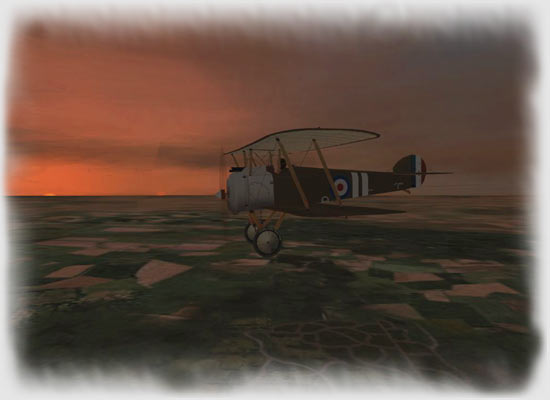