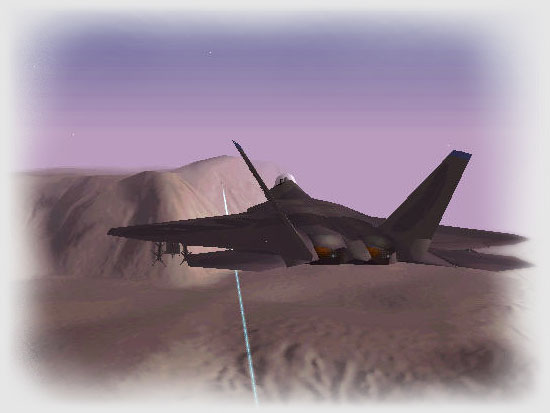 Hey there, flight sim fans! It’s time for another installment of Flight Sims: the Way They Were, brought to you by your good friends here at SimHQ! Today, the Cat’s taking a look at an old time favorite: the 1998 Digital Image Design classic Total Air War. I still have my original box that I bought brand new from the local CompUSA in the spring of 1998, hot off the presses. It cost me $34.00 brand new, and whoda thunk it, nearly ten years later it is still on my hard drive and this one is the only sim that’s made it so far with me. Why’d TAW, as its hardcore fans call it, have such staying power? A least for those of us who have stuck with it, you’ll find a lot of answers. Let’s take a truncated look at the history that led up to TAW, and maybe you’ll get some insight. 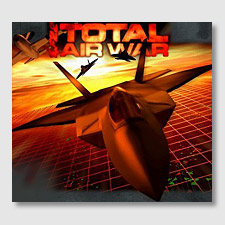 Digital Image Design is known in gamer’s shorthand as DID. Founded by simming legend Martin Kenwright, peace be upon him and God only knows where he is now, this pioneering house of sims was already a legend by 1995 when TAW’s immediate predecessor burst onto the simming scene. Ah, the roaring 90s. This is the time when the British sim designers ruled the roost when it came to great simulation titles. In 1995, the big broadly popular jet sims, as I recall them, were basically EA / Jane’s U.S. Navy Fighters / Advanced Tactical Fighters series, MicroProse’s legendary Falcon 3.0, and the great Flanker title from Eagle Dynamics / SSI. I started simming in ’95 with ATF, and quickly graduated to Flanker version 1.5, the “Squadron Commander’s Edition.” I’d developed a taste for the fast, ethereal advanced fighters of the Jane’s game, and so when I first saw Eurofighter 2000 Version 2.0 on the shelf I snapped it up. I still have it, and I can’t bear to give it up even though I can’t find compatible hardware to run it on today.

EF2k 2.0 starred things I’d only dreamed of. Interactive air-traffic control, for one. A dynamic mission control system called WarGen, that ran the war itself — I didn’t have to make up my own missions anymore! It looked great under 3dfx acceleration, and I loved flying with the Royal Air Force, I got used to the British accents and the different look to the control systems. I loved the working cockpit with real-time MFDs, I felt immersed in the environment even though the voices were basically all the same. The artificial intelligence was eerily prescient, and more than once I found myself hightailing it out of Norway with Russian fighters chasing me, howling along behind me while I sweated, out of ammo, dodging missiles over hilltops, running for my life with a weather eye on the JTIDS display and a Van Halen CD playing in the CD drive.

In 1997, DID started building on EF2k’s success with a look at the American F-22, so new, so radical that it had just got into the prototype stage. Featuring stealth characteristics, the ability to cruise faster than the speed of sound, internal weapons storage, and totally new phased-array radar, the F-22 promised Air Dominance. Kenwright and his staff, headed by Don Whiteford and lead programmer Steve Hunt, decided to take a crack at the F-22, with a plan to take their best comprehensive guess at its capabilities and to insert it in the world’s most volatile area… East Africa on the Red Sea, just this side of the Middle East. Their first shot debuted as F-22 Air Dominance Fighter in mid-1997 and took the flight systems modeling of EF2k to the next step. Crucially, it had support for both Direct 3d and 3dfx acceleration, and a new resolution of 800×600, which made ADFmuch prettier than EF2k, and a much larger and more detailed operations area. ADF lacked one crucial thing, however: WarGen. What is WarGen? Well, race fans, WarGen is What Simmers Want. WarGen I was EF2k’s dynamic campaign. Yes, the first, and one of the few, large-scale dynamic campaigns released, WarGen I featured a war that updated day by day, though not in real time. The player’s mission successes and failures translated into how well the war effort went. Players loved WarGen I and waited in anticipation for WarGen II, slated to appear as an add-on to ADF suffering through the canned missions, hoping for the add-on to bring things up to spec. But it didn’t happen that way. The revamped ADF became TAW, coming a year late, and as a standalone new game, outraging ADF buyers who thought they’d been hoodwinked. Yes, I was mad too, even though Infogrames, DID’s publisher in 1998, offered a partial rebate for ADF owners to take the sting off.

But… I bought it and I loved it, and I still love it today. God bless you, Martin, Steve, Don. This is your true legacy. Let’s take a peek and fall in love all over again.