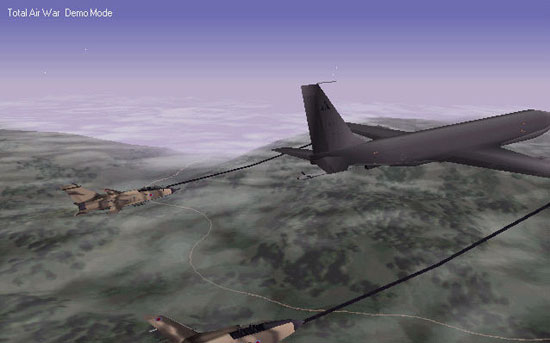 WarGen II assumes the General Worden “Five Rings” air-war strategy used by U.S. and Coalition forces in the 1991 Gulf War. You don’t have a ground war, because this is War in the Air. It’s a mean, ugly little air campaign like the one we had in Kosovo a few years back. You’re focusing on pounding the enemy into submission, attacking strategic targets and suppressing his will to fight, taking out his air assets, his command and control, political targets, and logistics. Driving him to the negotiating table so the politicians can settle things. The TAW campaign has several scenarios of increasing difficulty, with a twist. The very first campaign is “Operation Highland,” a brutal little incursion to suppress an extermination campaign by Sudanese radical Muslims against their Christian minority. If that sounds familiar, it ought to — it’s like Darfur, only with modern weapons on the Sudanese side. But don’t be fooled: it is by far the most difficult of all the campaigns. My favorite is Operation Urgent Shield, a United Nations intervention in the Ethiopia-Eritrea civil war on the side of the Eritreans. It’s a particularly nasty little exercise in air peacekeeping, and I’ve got pretty used to flying out of Dalol and facing down the Ethiopians and their Chinese partners. You’ll get mobbed with evil aircraft. They must have brought the whole Chinese air force to Africa for this one, and you will spend ages in airbase suppression missions. The constant spawning of combat aircraft is a source of irritation for many and WarGen II’s only real weakness I can see; it’s like Falcon 4.0’s original “Wall of MiGs” from 1999. But with the one and only patch for TAW, if you can find it, you can set flags in the config file that let you rearm self and wingmen, and most importantly, land at any allied base. That’s huge, because in the original TAW, you had to get to your home base… even if you were on fire and in trouble… to successfully complete a mission. That was the most gratefully received of all the patches. The other MUST have is the altered pilot log file. TAW has a scoring system that promotes you through the game. But the most fun missions are only available to high-ranked pilots. So if you’re reinstalling the game for the thousandth time, you have to start from jump and not be able to fly the best ground strike missions while you build points up…aggravating as heck. In response to the legion of complaints, DID released a log file patch that lets you play all the missions from jump.

The bottom line is that for all its warts, Total Air War lives today, and outshines most of its contemporaries in almost every department. In 2000, DID, less Martin Kenwright, had one last hurrah as a part of the game manufacturer Rage PLC, and that last hurrah is Typhoon. It was supposed to be EF2k reborn, and it was to debut WarGen 3, the next great advance in the WarGen system. With Typhoon, the great DID team forgot one signal fact: simmers want to feel like they’re Tom Cruise. The third in the EF2k / TAW line, Typhoon deleted all working cockpit graphics. No Quickdraw monitors in the cockpit. And the campaign, in these days of strife in the Middle East and Asia, centered on a resurgent Russia in Iceland, a theater almost one cares about and feeling like a Hunt for Red October retread. Typhoon felt more like Jetfighter V: Fortress America than the heir to a flight-simming legend, and it tanked bigger than the Edsel as a result. If you want the true, unvarnished experience that made Digital Image Design one of the most cherished names in all simming history, don’t bother with Typhoon — run to your nearest wholesaler or eBay and try to find an old copy of TAW. This is the true legacy of Don Whiteford, Steve Hunt, and Martin Kenwright, and as long as simmers own personal computers, someone will be flying it. Bon Appétit. 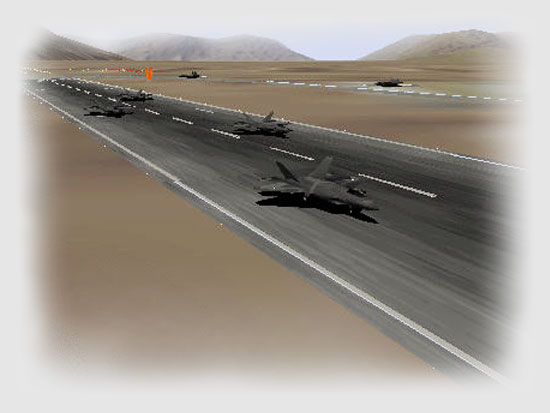