An Expansion for IL-2 Forgotten Battles 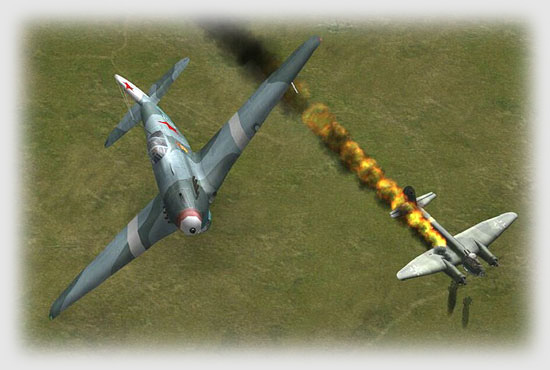 Since its release in early 2003, IL-2 Forgotten Battles has received continuous support and updates from Oleg Maddox and crew. Over the past three years, the series has evolved beyond the Eastern Front to include both Western Europe and the Pacific. With the release of “Ostfront”, an expansion for IL-2 Forgotten Battles, the series returns to the Eastern front to two regions in Russia not previously covered: Murmansk and Kurland.

In August of 2005, I interviewed Ostfront’s lead developer Ian Boys about the upcoming add-on. The interview revealed many details and generated quite a bit of anticipation amongst the Forgotten Battles community. At the time of the interview, Ostfront was expected to have a public release the following month in September 2005. However due to publishing delays, the English version would not be released for another six months. Now thanks to online merchants such as GoGamer.com, Play.com, and Simware Solutions, Ostfront is now available to the public on CD.

What Does It Offer?

Ostfront utilizes the games default campaign generator “DGen” to generate campaigns for the Murmansk and Kurland maps as well as a bonus German biplane bomber campaign. Ostfront also offers two new types of campaign variations for the first time; Reconnaissance Fighter for the Russians and Torpedo Bomber for the Germans. In total, Ostfront has twenty-four new dynamic campaigns and includes 106 new and unique skins for 39 different planes.

The minimum patch requirement for Ostfront is 4.01m which is located on the CD. As a result, a merged installation of Pacific Fighters with Forgotten Battles is needed in order to run Ostfront.

For those who are up-to-date with the Forgotten Battles / Pacific Fighters patch 4.04m, be sure to install this update that includes updated mission templates with two new campaigns, a fix for some of the bomber campaigns, and the online Co-op and Dogfight missions that were in the Russian version but missing from the English version here.

Although a printed manual would have been a nice addition, it really isn’t necessary. As is the common trend these days for most add-on discs, documentation is provided on two .pdf files located on the CD. One file is for the Murmansk campaigns and the other is for Kurland. Most players will find that the .pdf files are quite adequate and provide a good historical background for both sectors. Content also includes tips for mission builders, flying the FW-190 in Kurland, tables of available aircraft per period, and historical information on Russian, German, British and French units that fought in the areas.

One of the most enjoyable aspects of the new campaigns is the ability to fly on the Murmansk and Kurland maps. What is readily apparent when flying on these maps is the attention to detail that went into them. The Murmansk map really makes you feel as if you’re in some frozen barren wastelands. The Murmansk map is unique to the IL-2 series as it is the only winter map with an unfrozen sea.

One thing that some players may have a problem with the Murmansk campaigns is that there is no summer map for the region. Frankly, I don’t find the lack of a summer map an immersion killer as the region is frozen more months of the year than not. After all, the Murmansk region is in Northern Russia and inside the Arctic Circle. An interesting historical tidbit to consider is that in 1941, Murmansk received its first snow on September 9th. 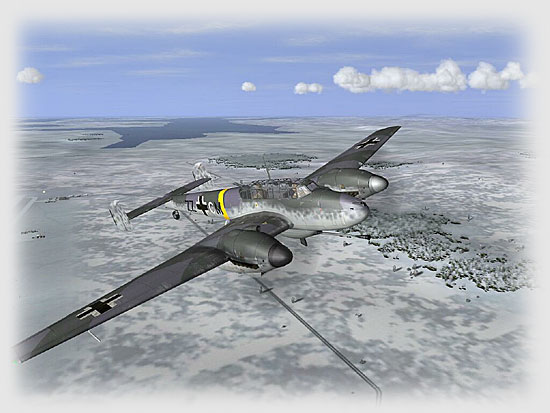