The recon campaigns are quite challenging as you will fly either alone or with a single wingman. The object of each recon mission is to fly to a waypoint inside of enemy territory and return without being shot down. It helps to imagine that your plane has a built in camera just as some of the real late war recon-fighters had. Successful completion of recon missions allows the campaign generator to create strike missions against discovered targets.

The recon campaigns are challenging as you’ll often find yourself outnumbered, and at times, alone. Some recon targets are heavily defended and you have to decide whether to go in and “get the photos” or turn tail for home. Once in a while, you’ll find yourself performing a scramble mission repelling an air-raid alone.

The Torpedo Bomber campaign adds a new dimension to flying the HE-111 bomber. If you’ve haven’t flown an HE-111 campaign because you’ve never taken the time to learn how to operate the Lofte 7D bombsight, then this campaign may appeal to you. In theory nothing could be easier than flying low, pointing your bomber towards a ship, and dropping two torpedoes with the hit of single joystick button. But in reality, aiming and aligning your bomber correctly is challenging. Before taking on this campaign, I recommend practicing in the Quick Mission builder on the Crimea map with unlimited ammo. 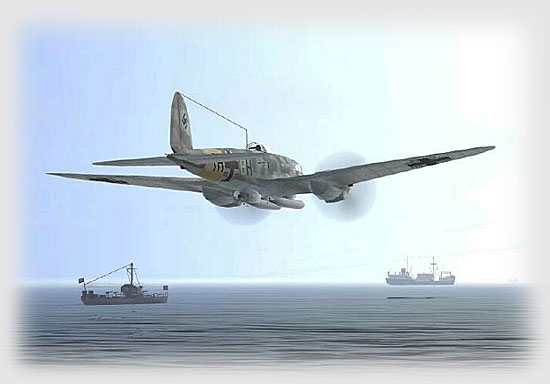 A feature that was not mentioned in the interview that bomber jockeys will be happy to learn is that large factories (recognizable by their tall smokestacks) are filled with parked planes. This effectively makes factories strategic targets. To compensate for fewer factories on the German side, closed hangars in some of the cities have also been filled with planes in a similar fashion. This gives Russian bomber campaigns an interesting twist as destroying large hangars which may or may not net multiple parked plane kills. A text file in the DGen directory will give players more specific details.

The bonus Schlactflieger Campaigns, which have been enhanced by SimHQ forum member “GregSM”, are the only campaigns from the Ostfront add-on that are not played on either the Murmansk or Kurland maps. The Henschel HS-123 Biplane, which was the Luftwaffe’s first dive-bomber and last biplane, is represented by the CR-42 in the following campaigns:

These campaigns give an interesting diversion and present a good challenge when up against the Russian fighters of 1941. Only the seasoned pros should take on the 1944 campaign as the biplane is no match against late war fighters. 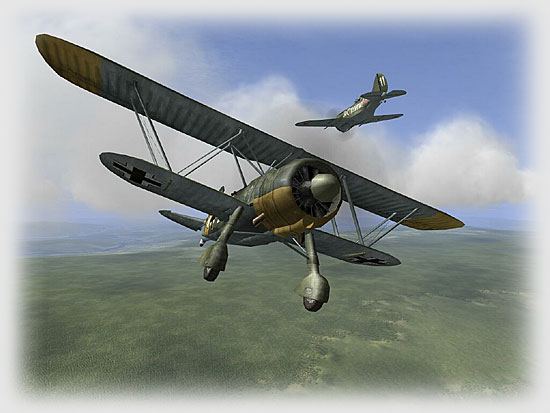