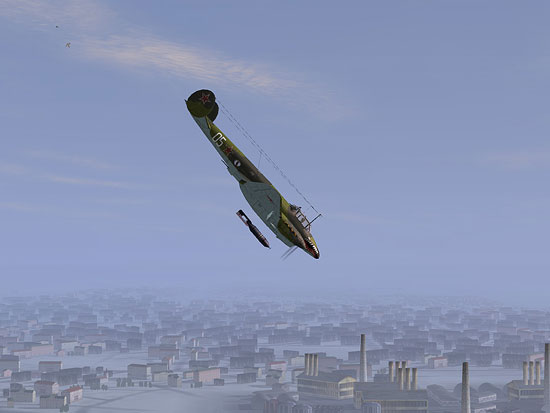 There is a good reason why the skies of 1945 were not full of fast, heavy twin-engined fighters like the Pe-3 or the BF-110 They just were not good general-purpose day fighters. The Pe-3, in particular, is fast but not fast enough, it has a poor roll rate and it is dangerous to turn-fight in. Give me a Yak any day.

That is not to say that the Pe-3 has no place in missions. If you need an aircraft to stooge around for hours up at 6000m on the approaches to Moscow, the Pe-3 will do it, as long as bombers are the target. If you need to cover a convoy approach Murmansk from torpedo bombers, the Pe-3 is ideal. Those natty little P-40’s may be handier in a fight but won’t make it back over 100 miles of freezing Arctic seas with an engine shot out by bomber defensive fire, as Froktistovich found out the hard way. Having two engines looks a lot cleverer when there’s nowhere to land.

It may be worth mentioning that there were in reality two main versions of the Pe-3bis. The later version had a gun that fired under the tail instead of straight back, but we have the early version. That accounts for differences in profiles etc. 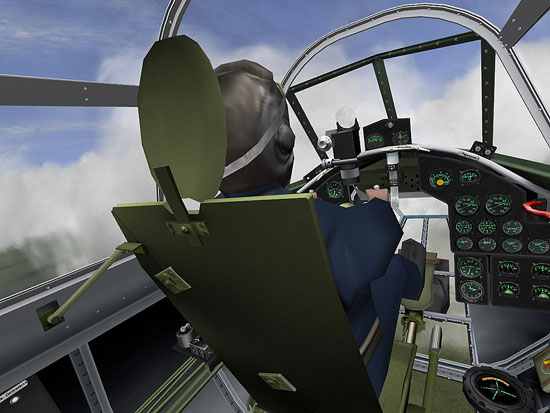 I have mixed feelings about these — they score very highly in the functionality stakes and lower for aesthetic appeal. They are not beautiful in the way Vraciu and Hammerd’s Tempest cockpit is. They do, however, offer all kinds of useful gadgetry — from the standard direction indicator to flap position warning lights, over-G warning light, trim neutral light and the very useful “bombs gone” lights. Several of the standard gauges are also now more detailed, for example the fuel gauge.

The level bombing sight is a work of art. It is a completely new design and for the first time contains a spirit level bubble to make it easy to ensure absolutely level flight while glued to the eyepiece. No need for a constant speed/trim battle anymore — it’s a simple and elegant solution. It is also worth noting that there is no automatic bomb release — you still need to toggle them off manually when the indicators meet.

The real Pe-2 carried both day and night sights and here we notice a problem: the level bombing sight is marked in black. It would have been nice to have an illuminated version for low light work as on the real aircraft but I recognize that only a tiny handful of simmers enjoy night missions and this omission is one that will largely pass unnoticed.

More important is the nonfunctional PBL-1 dive-bombing sight. Given its position in the cockpit it would perhaps have been impractical to implement, if not impossible. Still, it is in the nature of dive-bombing that you point the aircraft straight down and let go through the gunsight and probably few of us bother setting the Stuvi in the Ju-88 for 50 degree dives. So it’s a pity, but certainly not critical.

Another limitation is the tail stinger gun in the Pe-3. As with the Heinkel bomber, this only works on AI aircraft, but it would certainly be useful with a Messer on your tail.

There are lots of nice touches — look over your shoulder in the gunner cockpit and, reassuringly, the pilot is there. The gunner cockpits are sparse but effective, varying from a 7.62mm machine-gun in the early “tortoiseshell” hatch to a more effective .50 caliber gun in a proper turret. Actually, given the vulnerability of the Messerschmitt engine to light caliber hits, the 7.62mm with its higher rate of fire is probably a better bet early on anyway. You’ll want the heavier gun once the Fw-190 appears though.

The Pe-2 (but not the Pe-3) carried three members of crew but only two positions are modeled. This is probably wise as the third was stuck inside the hull hemmed in by radios and with limited views. He had two guns to operate in three mountings and, as with the Ju-88, allowing the player to do this would have caused AI problems.

To sum up, the cockpits are effective but graphically a step below the best recent work. It is also nice that the cockpits change as the Pe-2/Pe-3 grows up — from different gunsights to different toggles on the gun rechargers. You are always flying a Pe-2/Pe-3 but with small differences.