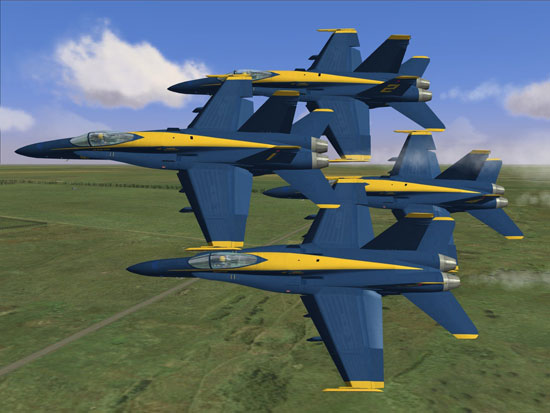 We had the opportunity to interview Cdr. Jeremy “Alias” Keelin, the “Boss” of the amazing Virtual Blue Angels. The interview allows us to take a peek into the workings of this amazing group of virtual pilots that duplicate the exacting airmanship demonstrated by the real Blue Angels. 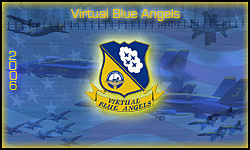 Q. Who are the “Virtual Blue Angels”?

A. The team was formed back in February 2004, a few months after Lock-On was released. Alias posted screenshots of a Blue Angels skin he was working on, and it turned out Kato was making his version of a Blue Angels skin at the same time. They compared notes, and decided that since Kato was a little closer to being finished, they would go with Kato’s skins. The flying started shortly after that. Alias and Kato started flying a 2 ship “Diamond” with two other guys from Alias’ former Falcon 4 days doing the solo routine. We added 2 more pilots to complete the Diamond, and went from there.