The secrecy surrounding the release of Wings Over Europe was better than that of the NSA wiretap story. It completely bushwhacked most of us and the beta testers did a fantastic job of keeping it under wraps until the day it was announced. Well done, you guys. Wings Over Europe allows you to fly the F-15 Eagle, the A-10 Thunderbolt II, the Hawker Hunter GR.9, the F-100 Super Sabre, the F-105 Thunderchief, three variants of the Harrier, and five variants of the Phantom II.

It offers three campaigns, each with their own unique time frame and era of aircraft. We shouldn’t sugarcoat this. With the disappointment that some felt in the F-15 and A-10 models in Lock On: Modern Air Combat, many were looking for a simulation that brought the fun back to the Eagle and the Warthog. Now, you won’t be able to ask your wingman what the temperature of his pitot tube is and there’s no keyboard command to do it yourself, but the ‘fun factor’ is definitely back. 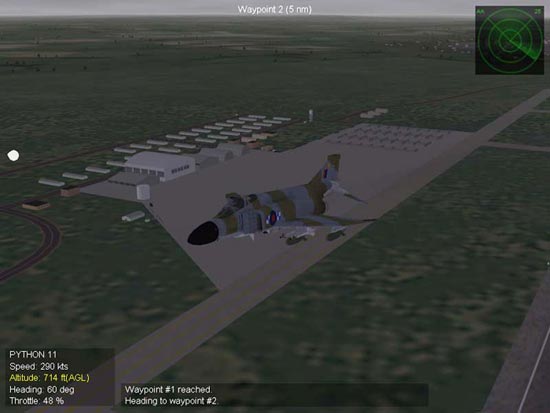 The campaigns are pretty much the same as what we’ve seen, but we have more to choose from. There are three major campaigns to pick from, and we’ve officially added the German Luftwaffe and the Royal Air Force into the mix, giving it a nice NATO touch. One yawp here. We would have been willing to swap one of the five versions of the F-4 for a Mirage III and a few squadrons from the L’Armee de L’Air, or maybe an RAF Lightning unit in a campaign.

The red line indicating the FEBA — forward edge of battle area — will move for or against your favor, depending upon whether or not you are successful in your missions. Fail to keep a Soviet armored push from moving into a city? The red line moves closer to you. Successfully intercept a bomber force before it can pummel an airbase? The red line moves away from you. Not really scripted, not really dynamic, it’s a pleasant goalpost to keep your focus on the ‘big picture’. 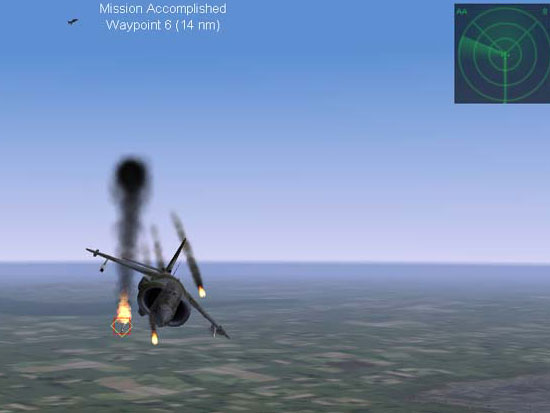 The friendly AI has gotten a little more of a motivational kick in the pants in air combat. Up until now, about the only thing that our wingmen were good at in the air combat arena were getting shot down by half-hearted enemy AI that we were bringing down in massive numbers. The wingmen have always been good at hitting ground targets in previous titles, but now they’ve been brought a little more up to par when attacking enemy fighters.

We can almost say we now feel like we’re at a point where the friendly AI is as good at their jobs as your wingmen were in Fighters Anthology. However, we did notice that when you give your formation the command to engage air targets that after all the shouting was over, it seemed that not everyone got the word to attack as some of the flight were not engaging the enemy. The friendly AI is better than it has been, but still needs some work. The good news is that you’re still doing less work than you’re used to with Wings Over Europe. 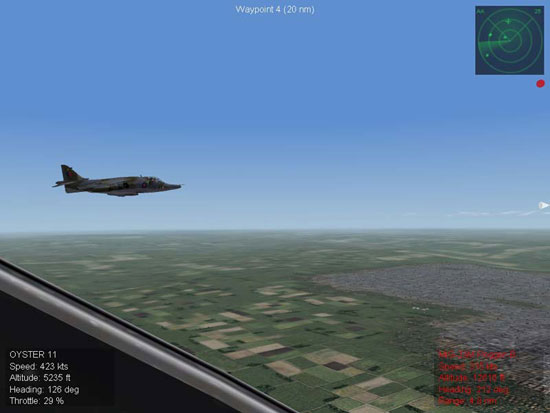