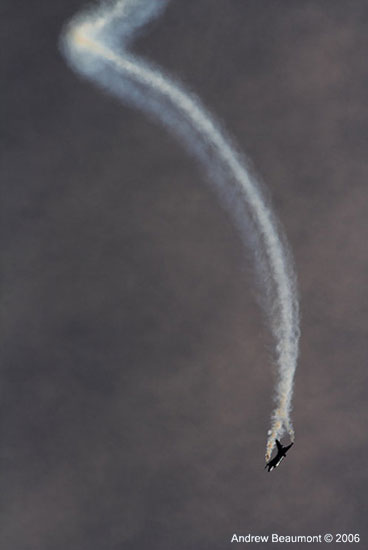 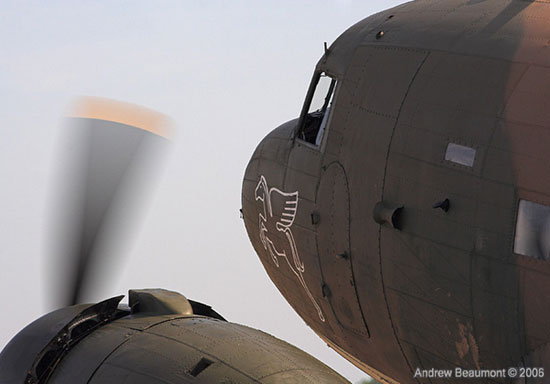 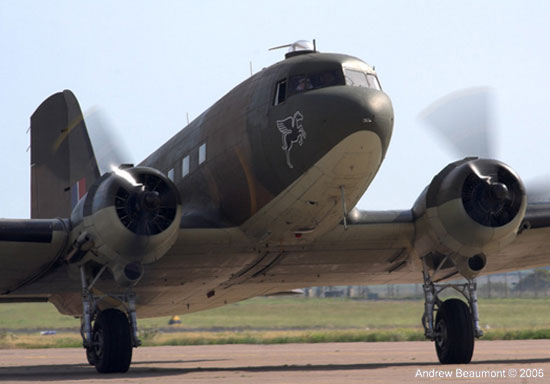 One of the difficult tasks of Show Day is to decide when to have Lunch! The reason being, you will have to sacrifice seeing a display or two and with only a one and a half hour time frame where lunch is served it does become a bit difficult. Just before we went for lunch we got word from some people “in the know,” that a single Nimrod from No.120 Squadron was on its way to do a single flypast in memory of the 12 RAF, 1 Army — Parachute Regiment and 1 Royal Marine personnel who were tragically killed in Afghanistan the weekend prior to the Air Show. This was a last minute addition to the Flying Display and a minute’s silence was held as the Nimrod flew past in memory of the 14 men. 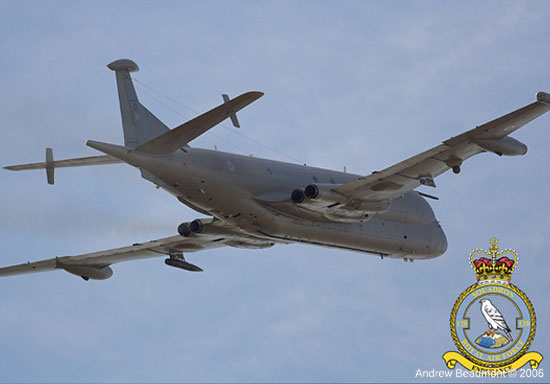 After Lunch we head back out to the enclosure. The RAF Tutor, Caledonian Chipmunks and the Danish Baby Blues Display Team are heading back to the VAS after finishing their displays. They were our sacrifice for attending Lunch in the marquee. 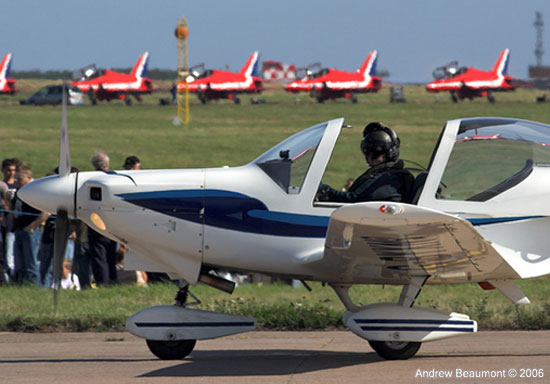 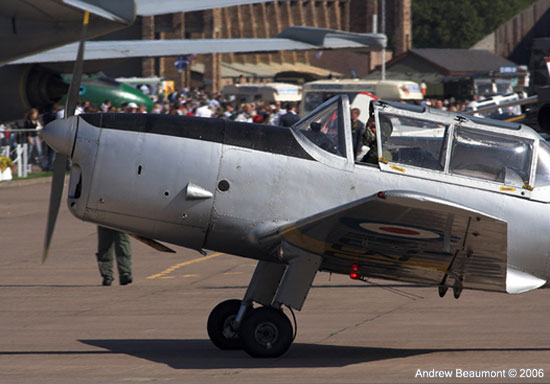 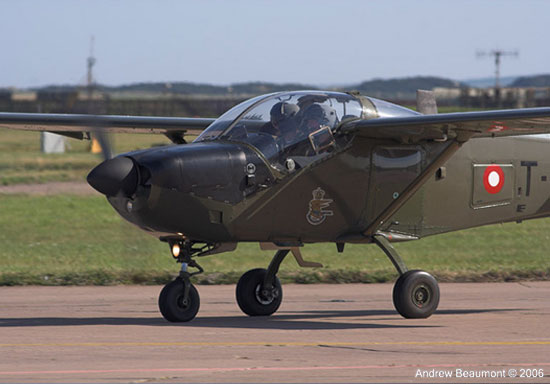