We are now three quarters of the way through the day’s program. The Displays still to come are the Mighty Mi-24 Hind Attack Helicopter from the Czech Air Force. Our 2nd look at the Polish Mig-29A, a Dutch F-16 display, RAF Harrier and finally the Sunset Ceremony performed by a Tornado F.3 from No.56(R) Sqn.

This was the first time I had ever seen a Mi-24 Hind flying. I have previously seen examples in Museums and always dreamed of seeing one in the air. The Hind display was even better than I thought it could be; glistening in the late afternoon sun light; looking truly majestic as it whizzed around the Air field with a very distinct “whooshing” sound from the rotors. One of those things you will never forget. 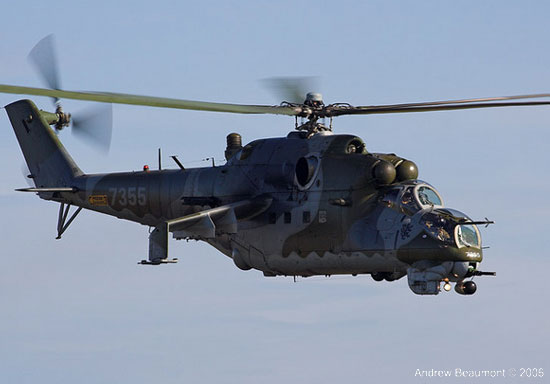 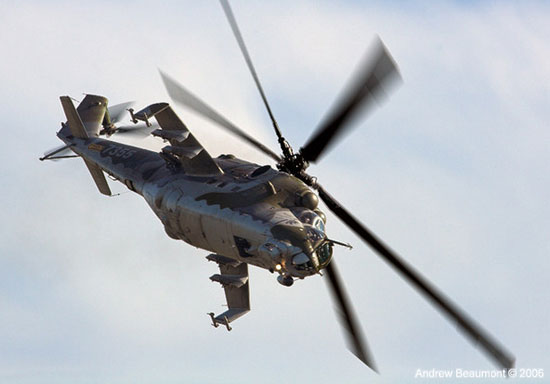 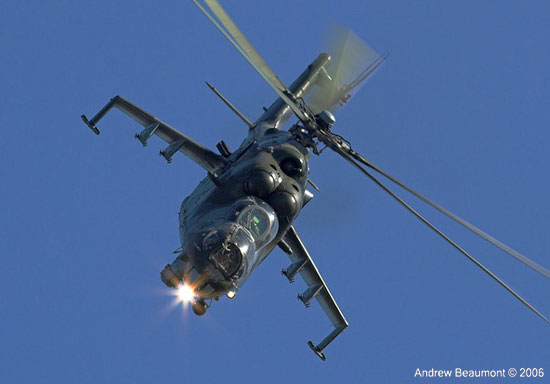 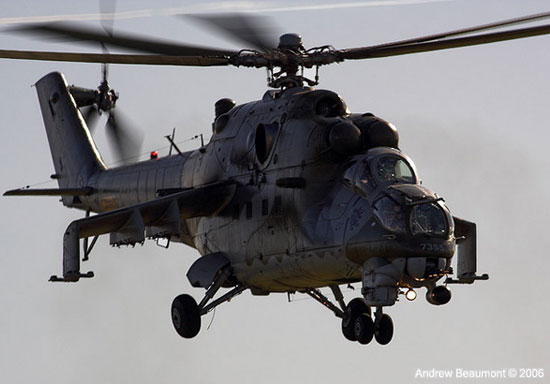 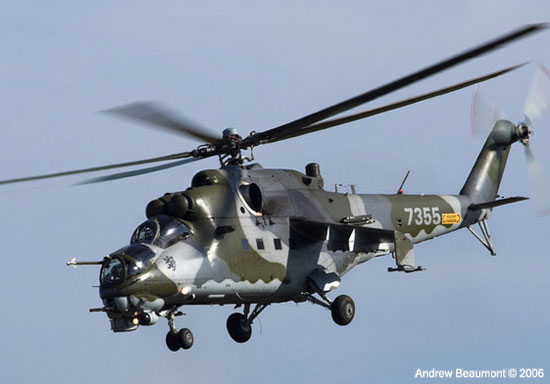 It’s time now for the 2nd Mig-29A display from the Polish Air Force. I thought it was a really great touch to have the Polish and Czech Air Forces at the Show. Their flying displays were a great tribute to all those who served during WWII and I hope they felt welcomed back to our shores. The Mig-29 display was even better the 2nd time round due to the light being a lot more forgiving. The low sun to the West was shining beautifully on the stunning curves of the Mig. 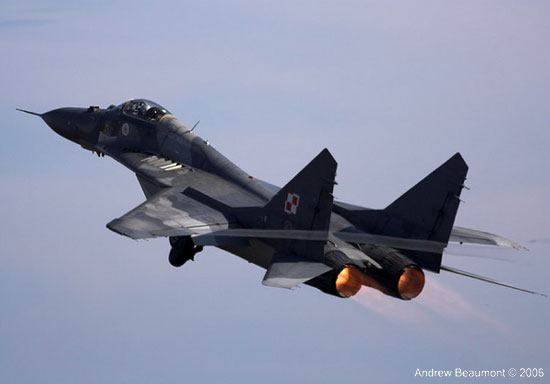 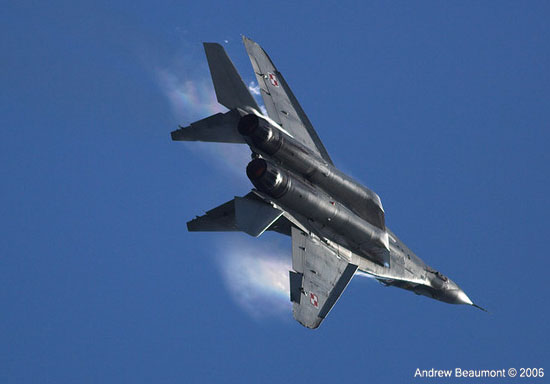 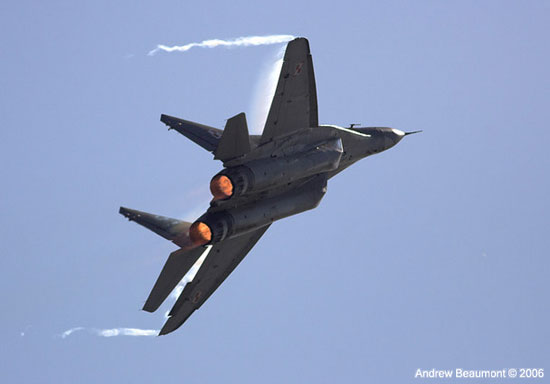 The Dutch F-16 display and the RAF Harrier GR.7 displayed next. The vast majority of people I spoke to didn’t expect to see the Dutch Air Force at the show after the tragic lose of one of their pilots in Afghanistan a couple of weeks prior to the show. It was, however, a nice surprise to see them arrive on the Friday evening. The Dutch F-16, in its special black and silver colour scheme, certainly looked the part.

Now, it’s the final act of the day; the Sunset Ceremony. It’s a tradition of the RAF Leuchars Air Show to finish with a Leuchars jet doing a fast pass with the setting sun. This year it was performed by No.56(R) Sqn flying a total of two fast passes down the display line to officially close the RAF Leuchars Battle of Britain Air Show 2006. 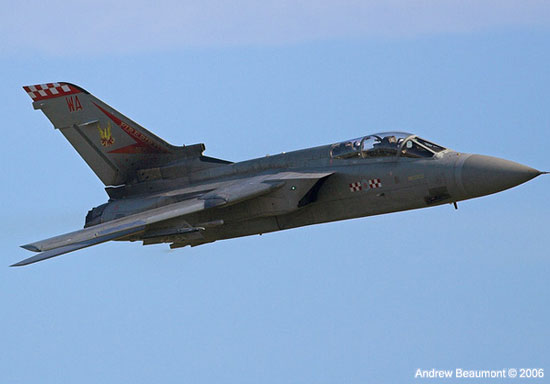 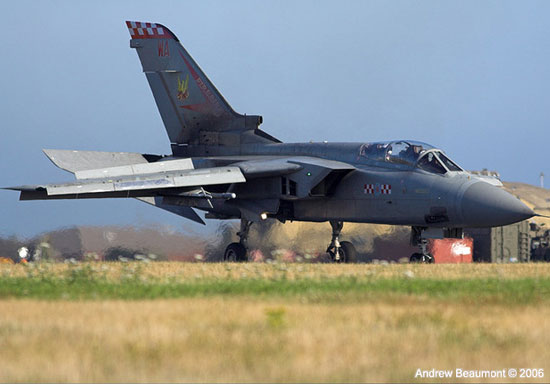 And That’s a Wrap!

I hope you enjoyed reading the reports and the pictures. The final part of the report about the two departures days can be found on my web site here. I invite you to visit it and check out some of my other photo reports.