An Mi-8 helicopter returned me to our base. I would loadout my MiG with rockets, and make the short flight south to the power plant. Sergei, carrying a squad of soldiers, led the 210th Regiment’s advance. Their T-72B started from the town, fording the river well away from the IRLF checkpoints on the road, and set out alone for the target, leaving the battalion in cover nearby. As evening closed in, we converged on our prey. 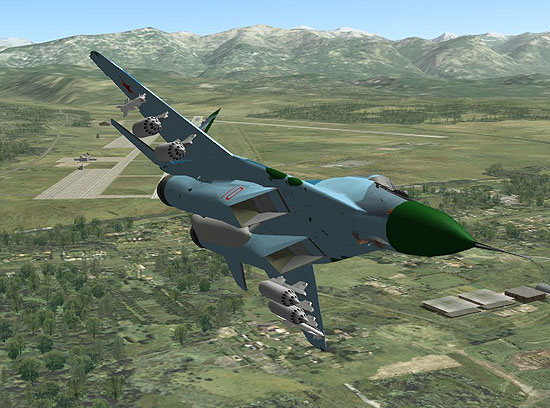 Looking through his binoculars, Sergei surveyed the power plant. Beside him, a forward-air controller’s radio in its green canvas bag crackled. Next to him, Vadim Golovko munched field rations, studying the map spread out over the turret top. Pavel Sokolov, the tank’s gunner, and himself a full lieutenant, dozed in his open hatch in the late afternoon sun.

“I do not like this setup, Sergei.” Vadim, an old enlisted campaigner with long experience of insurgent warfare, sounded sour. “Look here. You see how this complex is laid out? Our people are held inside. I cannot see where their vehicles are.”

“There are covering ridgelines through here, from the north.” Sergei pointed out terrain features on their map.“The land dips here. I think we may be able to get closer.”

“Da, depending on where their sentries are. If it were me, and knowing that we are on the other side of the river, I would deploy vehicles on the other side, the south side, and have the buildings as cover. We must take care.”

The radio at Sergei’s elbow sputtered as I called in to let him know I was on station. “Kursk, this is Chaika. I am in position.” I pulled out my binoculars and scanned the area. “There are trenches and camouflage netting to the south of the target. I see only one vehicle, on the move, also to the south, a tank of some kind.”

“Start us moving, Vadim.” Sergei rolled up the map and swatted Pavel with it. “Up, slacker! Time to go to work.”He picked up the radio handset as the tank’s heavy diesel roared into life. “Chaika, this is Kursk. Moving.” 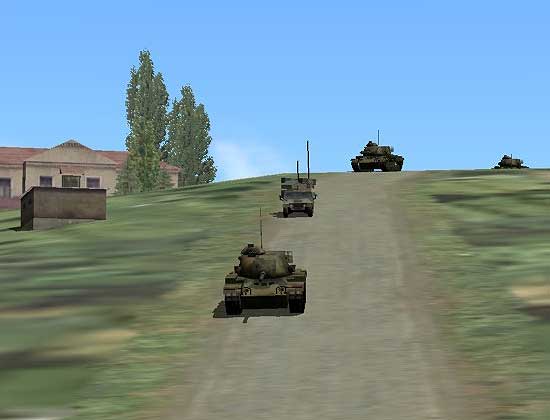 I could see the T-72 beginning its run to the south. Incredibly, the mujahids did not see them, even though they were but a kilometer away! We had chosen our time well, the enemy was at his evening prayers and had only the one tank active. I radioed its position to Sergei, who was trying to read his map in the cramped turret. They say that you do not climb into a T-72; rather, you put it on like your clothes, it is that tight inside the turret.

Between Sergei and Pavel, who was crouched in his chair behind his scopes, the huge 2A46 125mm gun and its autoloader between them, its stabilizer rocking the weapon steadily up and down as the tank jounced over the uneven terrain. Sergei panned his view.

“What?” Pavel looked over in irritation. “What do you see?” 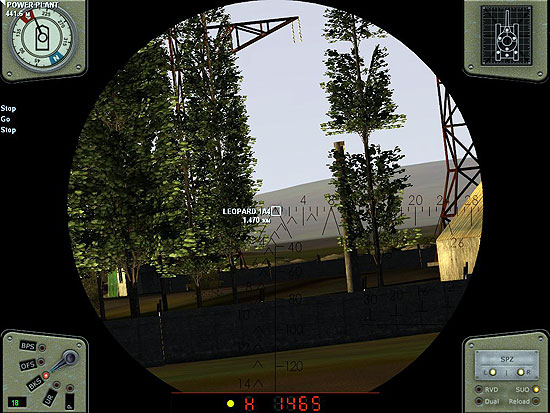