They carried only a small number of the modern triple-charge 3BK29M rounds, but these were proof against even the most lethal opposition. Pavel snapped switches, and the 125mm smoothbore gun elevated to loading position, the autoloader whining through the shell selection. As it loaded and began to return to firing position, Pavel centered his scope on the target. “Identified, Leopard, 1400 meters!”

The tank ground to a halt, the turret correcting slightly, and Pavel held his breath, squeezing the triggers gently. The T-72 rocked backward on its treads, and I saw fire spit from the cannon. Sparks flew from the enemy Leopard, and in my binoculars I could see the hatches pop open, smoke roiling out. 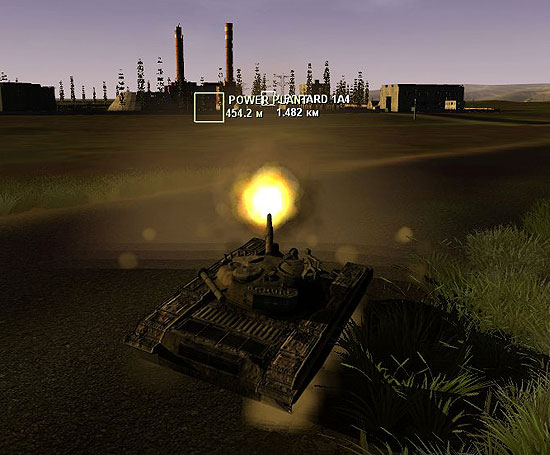 “Kursk, this is Chaika. Target down! Target is down!”

“This is Kursk. Roger. We will go round the complex, and come up from the south. Cover us, there are trenchworks to the west and to the east.” Sergei clicked the tank’s intercom. “Vadim, take us around in an arc to the east of the target. Put the small hill between us and it, we will use the confusion to reposition.”

Sergei began his run to the west, toward the small hill, and I could see that his plan was to use the hill to assault the south of the complex. Soldiers were running like ants, coming out of the front, the flashes of automatic weapons firing toward their former position. “Kursk, Chaika is in hot!” I rolled into a dive, calling up the zem-lya ground attack mode in my MiG’s fire control system. I had four B8M1 rocket pods aboard. Lining up on the running men, I squeezed off a salvo of rockets, which impacted all around the north wall. “Kursk, Chaika is off to the southwest!” 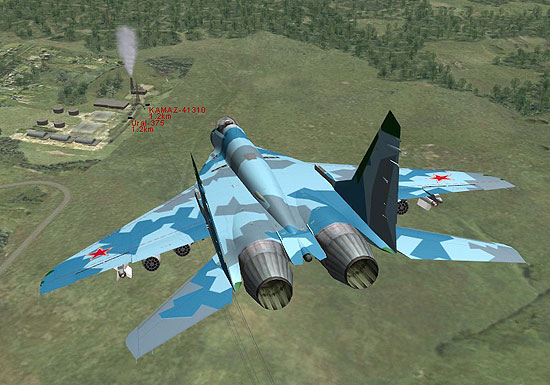 The T-72B can sustain 45 km/hour off-road, and Vadim made the most of it, the 840 horsepower V-84 diesel roaring as their treads churned earth in the air, flying toward their destination. The lull in the activity must have surprised the mujahids, who would have suspected a sustained assault, rather than one pass form an aircraft, and one cannon shell. Who was it? Was it the Russians? Was it the Western bogeyman? Who knows?

The agent of their misery was behind a small rise, now to the southeast, idling while I surveyed the scene. To the north side, men running, directing a hose on the fire I had started. Behind, to the west, the Leopard tank burned fitfully. There was activity under the camouflage nets to the south, on the other side of the hill from Sergei.

“Kursk, this is Chaika. Tanks in the open, ones without turrets. Count of two. South of the target. Moving west to east. Bearing 308 and 321 from your position, range 1100 meters.” 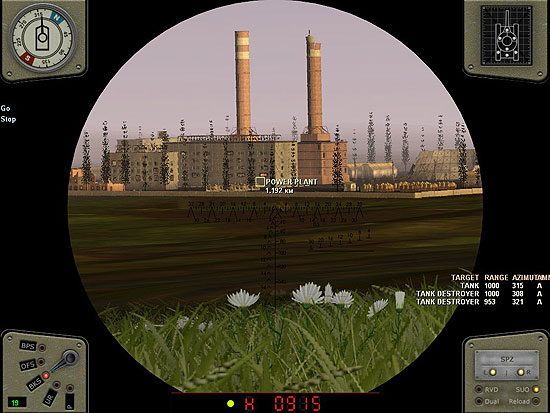 “Pavel, load HEAT. Vadim, hit it! Move us over this hill!” Sergei peered through his visor. As the tank crested the hill he could see his target, an Su-100 tank destroyer, an old World War II armored vehicle favored by the Wahhabists. Taking command of the turret from Pavel, he slewed the gun onto the first. “Vadim, stop! Target, AFV! Azimuth 321, range 1000, weapon free!” 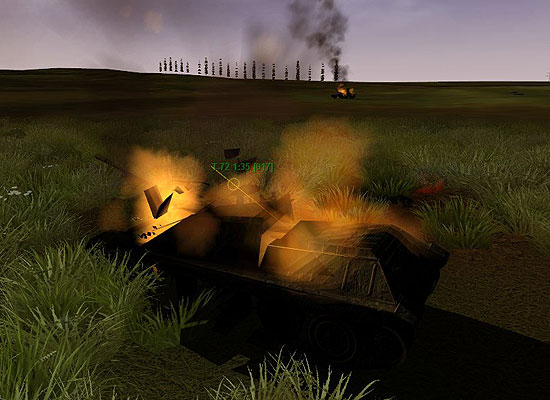 “Load HEAT!” Sergei again took command of the turret, pointing the gun at the second Su-100, his optics obscured by flying dirt as a near-miss from the enemy 100mm gun rocked their tank. “Damnit! Target, AFV! Azimuth 305, range 900, weapon free!”

The 2A46 gun snapped out of loading position as Pavel acquired the target, marking it with the laser rangefinder. “Identified Su-100, range 880. Firing!” Again the T-72 belched fire, the hit striking the enemy fighting vehicle at the glacis plate, sending smoke and fire high into the air. “Kursk, this is Chaika. Scratch two enemy vehicles.” 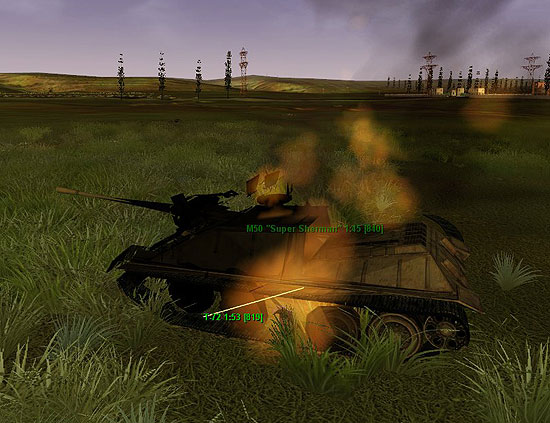