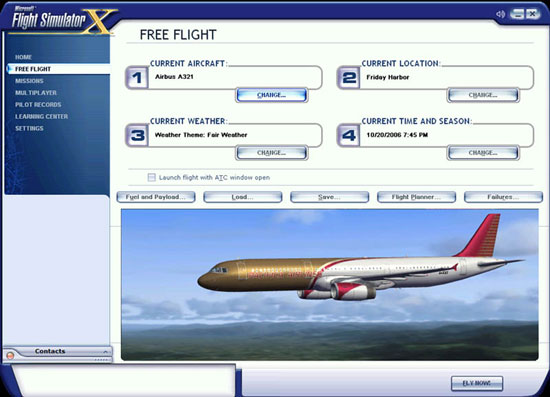 I’ll confess: I just had to know. I went to the SETTINGS menu and maxed everything out. Terrain, aircraft features, weather, dynamic scenery; all of it maxed. It took a couple minutes to load the textures and my frames-per-second (FPS) upon being dumped onto the airport were a staggering 2 to 3 FPS. Unflyable without question, but I just wanted to see what I’d be missing, and it was pretty darn impressive. FSX has pushed the visuals further than ever before. It isn’t difficult to see why FSX can cripple even the most recent hardware. The rendering that must take place in order to draw and texture the massive amount of objects is above and beyond anything we’ve yet seen. In addition to the static scenery FSX has upped the ante on dynamic scenery with moving objects scattered all across the environment. Particularly impressive are the ground vehicles populating the airports and items such as moving jetways and push-back tugs (more on those later). Highways are loaded with moving streams of traffic that follow road “nodes” that appear to be somewhat accurately depicted. 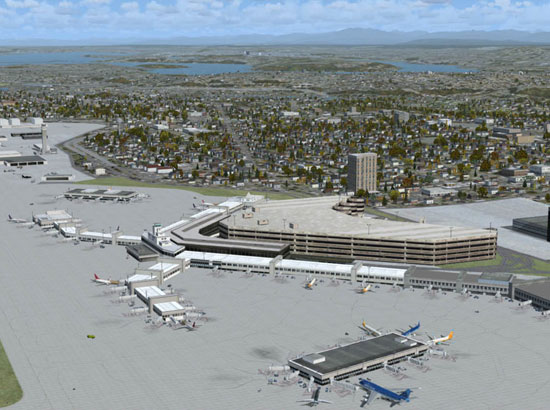 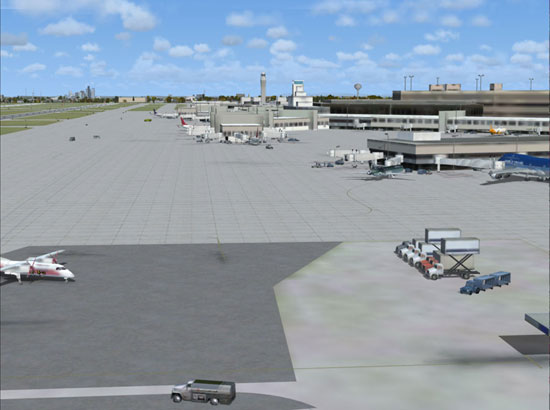