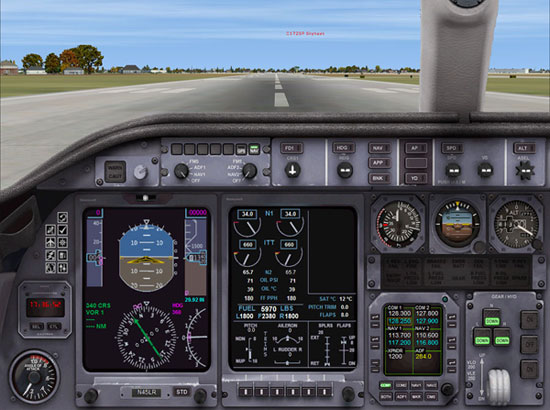 Getting on with it I was happy to see that FSX retained the use of 2D panels. Despite the insistence by the virtual cockpit (VC) police that the VC is the only way to realistically fly a flight simulator, I still find a lot of utility in 2D panels. For one thing, they are just far easier to read, are crisper and brighter, and don’t suffer the performance issues that 3D panels bring. I do, however, find myself spending more and more time in VCs for less complex aircraft because I agree that the realistic viewpoint is far more compelling. I would have liked to have commented on how the VCs performed with my TrackIR2, but disappointingly, NaturalPoint is not supporting anything less than TrackIR3 & 4 for FSX. I guess that is a hint that I need to upgrade. One thing I was sad to see in FSX is that the VC lighting is still sub-standard. In most cases it is almost required that you turn on the interior flood lighting to properly illuminate the 3D cockpit during the daytime. I was impressed however, by the quality of the 3D modeling in the VCs. Overall the shapes and textures are vastly improved over FS9, some of them bordering on payware add-on quality. 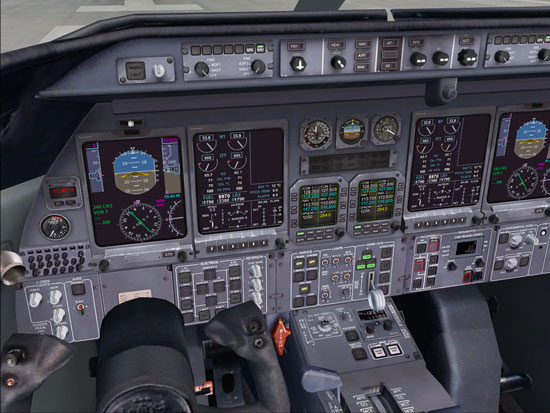 Where FSX absolutely hit one out of the ballpark was with their outstanding view system variety. Although I’ve seen some fans of the FS9 add-on Active Camera doing some griping I think the overall consensus is that the view system in FSX is far superior to FS9. As a side-note, I think it is telling that I’m making comparisons between FSX and FS9 with payware add-ons; obviously FSX has risen to a level that begs for those comparisons and if we were just comparing FSX to FS9 it would blow the stock FS9 out of the water in almost all categories. Improvements to the view system include some really fantastic pre-set external camera views, and a bunch of different vantage points from within the cockpit. My personal favorite is the “fly by” view though; I can spend hours watching the airplanes whizzing by the camera. 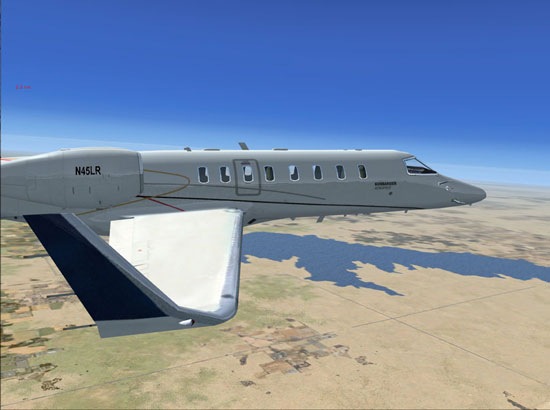 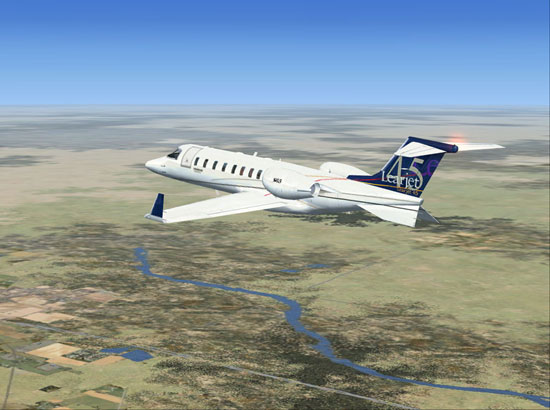