One of the new features for FSX (that again was already implemented in FS9 by 3rd party developers) is flexible wing animations. Not having flown any of the FS9 add-on products that featured this animation I wasn’t sure what it was all about and frankly I thought it was a bit gimmicky, but after seeing it in action it is pretty darn cool. From both inside and outside of the aircraft you can see the wings bend and flex as the air loads change. In really turbulent air it is quite a sight to watch the 747 pass by in the fly-by view as the wing tips bend up and down in the air currents. And since we are talking about “bending”, we might as well talk about “breaking”. If you have crash and aircraft stress detection enabled in the realism options FSX will tell you when you’ve exceeded the limits of your aircraft (ie: overspeed or over-G to the point of failure). There is no visible damage model on the aircraft, so when you break something the sim freezes and it tells you that you’ve broken the plane. It is anticlimactic and I’d complain more about it but what are you going to do? It’s a flight sim not a crash sim. It would be nice if visible damage were included in future releases (how long have we been wishing for that one?). 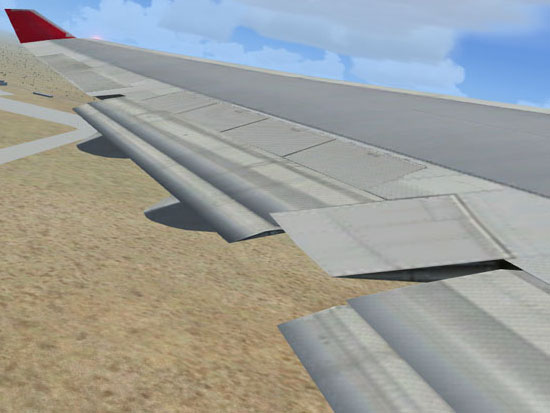 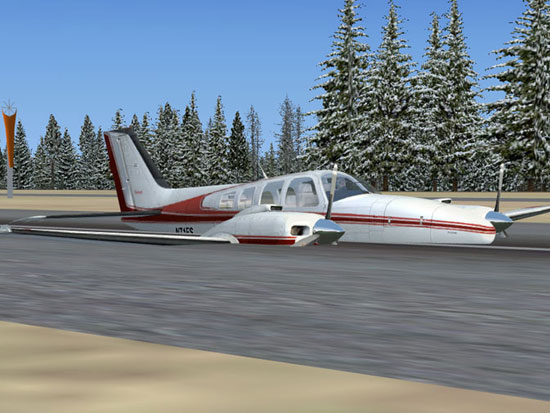 Continuing in the flight fidelity vein; though FSX emulates the normal parameters of flight quite believably, it is evident that FSX breaks down a bit once you approach the fringes of stable aerodynamic flight. That’s not to say that FSX doesn’t do aerobatics well, it does, but only to a certain degree. Again I’m speculating that this might be where the table-based performance calculations come in and fall a little short outside of normal flight parameters. For instance, I’m sure many of you have caught Patty Wagstaff perform in her Extra 300 and been wowed by what she can make that machine do (I’d be puking in 60 seconds). The knife-edge pass in the Extra is a maneuver that is pretty simple to describe and pretty simple to fly in FSX: roll 90 degrees and then use the rudder as an elevator to basically cant your nose high while you put in a bit of forward stick to prevent the lift from your wings from trying to bring your nose “up” (although in this case “up” is actually to the side). This fairly straightforward maneuver is impossible in FSX. Once the airplane reaches 90 degrees you are coming out of the sky no matter how much rudder you put in. I’m guessing that the tables tell FSX that at 90 degrees of bank lift has to = 0 and there is no calculation for lift from the rudder. Just a guess, but give it a shot yourself. Unfortunately, knife edge maneuvers, and extreme rudder authority are what make flying things such as the Red Bull Air Races possible. Sure you can still do it in FSX, but it won’t exactly be as realistic as the real thing. 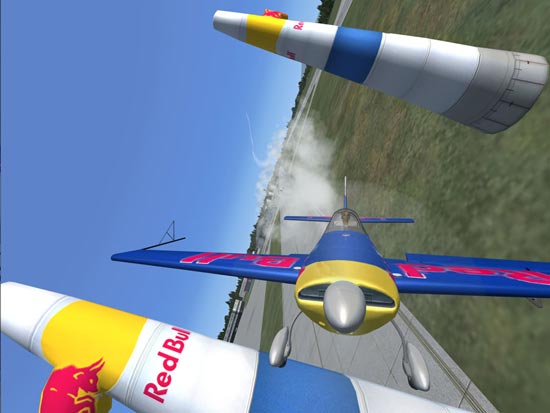 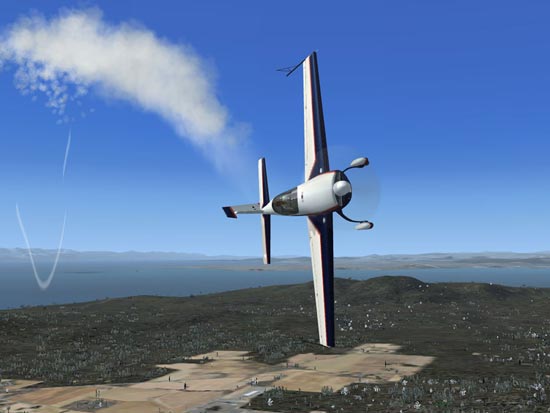