Another area that is a bit lacking again lies outside of the envelope of “normal” flight: stalls and spins. Yes you can stall the airplanes and you can pseudo-spin them, but the spins don’t appear to be true aerodynamic spins in the sense that one wing is stalled while the other is still flying. And in no case was I able to enter a spin that required any positive anti-spin control inputs to exit the spin. If you are careful and gradual on the controls in the C-172 it is possible to get very lifelike stall characteristics out of the aircraft. Generally (in real life) the 172 doesn’t want to spin and will instead mush straight ahead with a good bit of turbulence bouncing the horizontal stab; if you use the rudders to correct any wing drop tendency it is almost impossible to get it to break off into a spin. In FSX you can duplicate this pretty well by raising the nose slowly, holding it there and then letting the plane stall and keeping the back pressure in or even increasing it gradually. But while you are in that “mush” state and you quickly snap back the elevator the plane will flip nose high and start falling like a rock tail first: not realistic at all. I’ve done a lot of stupid stuff in 172s and I can tell you that the likely scenario for rough handling in the stall is for it to drop off on a wing a little bit, and worst case scenario it might think about entering a spin. In my experience though you had to put positive spin inputs in and aggressively make that plane spin if you wanted it to spin, and in no case would it ever fall tail first and it certainly wouldn’t stay that way. None of this is really new for FSX though. FS9 was no better or worse outside of the normal flight regime; it’s just the way it is. (I know I’ll be flooded with e-mails and videos of people doing “spins” in FSX now, here we go!) 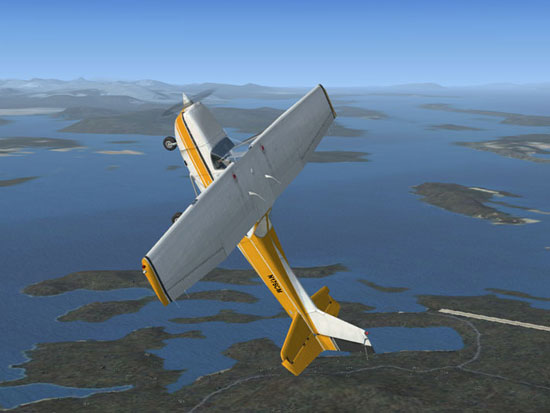 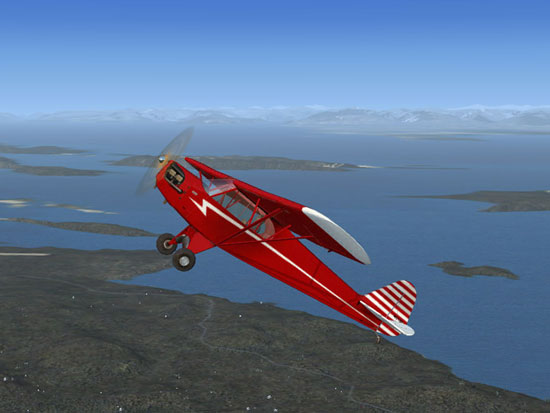 Another bit of flight modeling quirkiness can be seen in the handling of multi-engine flight dynamics (have I mentioned X-Plane lately?). For this demo I took the Baron up for a quick spin (no pun intended) and set the engine to catch on fire and fail. Actually FSX does a nice job of doing the smoke and flames bit and the failures menu is quite comprehensive allowing you to fail just about anything. I would suggest additional columns though for failing engines at certain airspeeds or altitudes since setting a time with a possible variation of 60 seconds makes timing V1 a bit of a potluck affair. X-Plane allows you to set the “trigger” for V1 cuts at a certain airspeed or altitude which allows for a much more accurate timing of a critical engine failure. Engines are a bit reluctant to feather in FSX as well. You have to get dangerously (actually ridiculously) slow in order for the feathering to occur. Although danger is a relative term for FSX multi-engine operations since the sim doesn’t appear to model Vmc. If you don’t know what Vmc is (you can learn about it in the Learning Center!) basically it is a speed below which you shouldn’t be able to control a multi-engine aircraft when one engine is inoperative and the other is developing full power. The yaw induced by the thrust of the operating engine becomes too great for the rudder (and a bit of bank) to counter and you end up losing directional control of the aircraft. Vmc is indicated on the airspeed indicator of multi-engine aircraft as a red line. In the Baron Vmc is 84 knots. As this screenshot shows I was able to fly at 65 knots, maintain altitude, and maintain heading with rudder and some bank. This shouldn’t be possible. In fact, the aircraft is below the full flap stall speed and shouldn’t be flying at all, let alone on a single engine at full power. 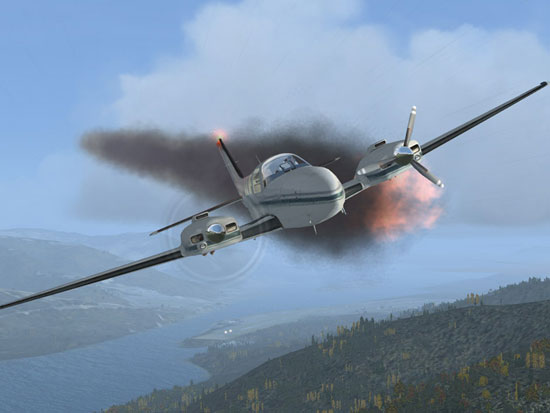 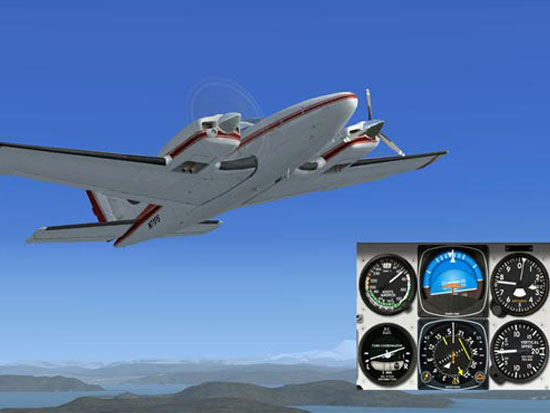