Another feature that I thought was going to be gimmicky but turned out to be cool was the modeling of the airport ground support vehicles. The nifty thing about the vehicles is that they not only serve you, but are in constant action serving other arriving and departing planes as well. So it’s no wonder that major airports are a bit harder on the frame-rates with all the additional movement. I was surprised when I arrived at one gate and ordered fuel only to learn that I was 13th in line for fueling! Now if we can just get 2 hour delays coming out of Newark and Philadelphia we will having flying modeled to perfection! The moving jetways are particularly well done and it is endlessly fascinating to watch them roll out, move closer and then see the rain cover go over your main cabin door. The luggage carts pulling up and inserting their conveyor belts is a neat feature too as are the pushback tugs. Overall the airport environments have really been spruced up; great job FSX! 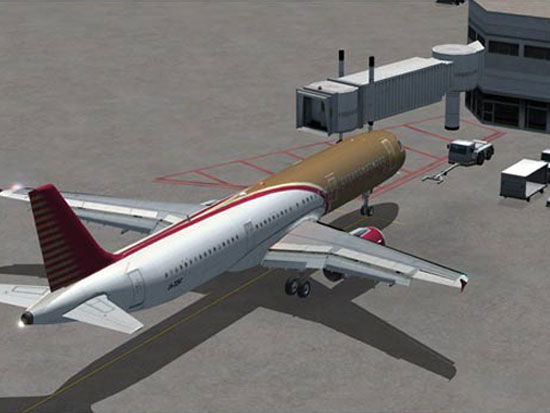 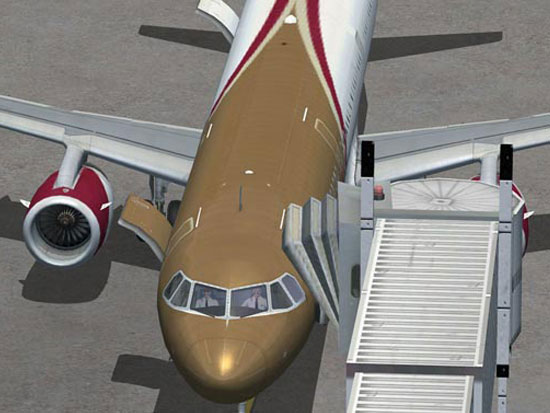 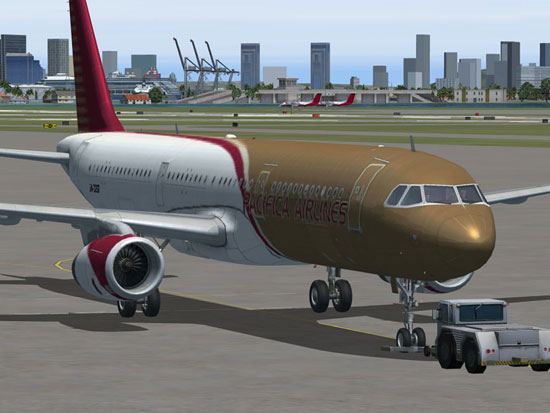 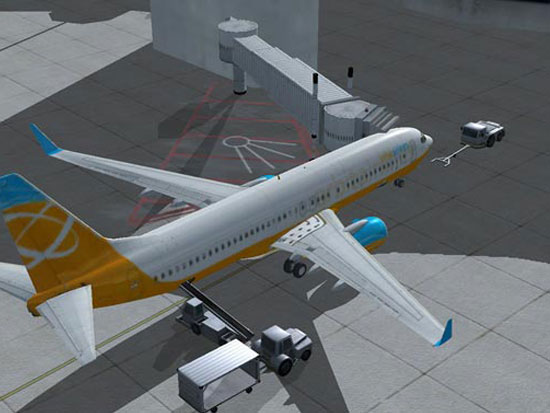 Hey! Was that an Airbus I saw? It sure was. The Airbus A321 is a new addition, bumping the Boeing 777 off the menu. I was happy to see that and I hope future versions of Flight Simulator continue to expand the international flavor of the sim (Embraer and Antanov come to mind!). The A321 in FSX is just plain sexy. The 3D model is exceptional and even the VC is rendered well. I’m a big fan of the modern and clean look of the Airbus flight decks, so you’ll sense a little bias here. As with the other big airliners in FSX much of the panel space (overheads and pedestal panels) is just pretty fluff space with non-functional switches and instruments. FSX does add APU power to many of the aircraft, which is a nice touch, but for full systems simulation we will still be looking toward 3rd party vendors to slake our thirst for ultra-realism. The main EFIS displays are really nice in FSX though and most of the major symbology is there. 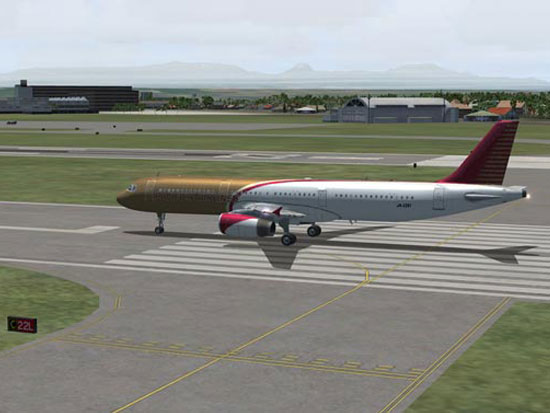 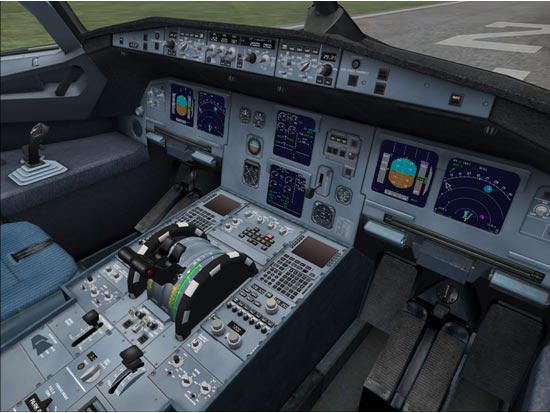 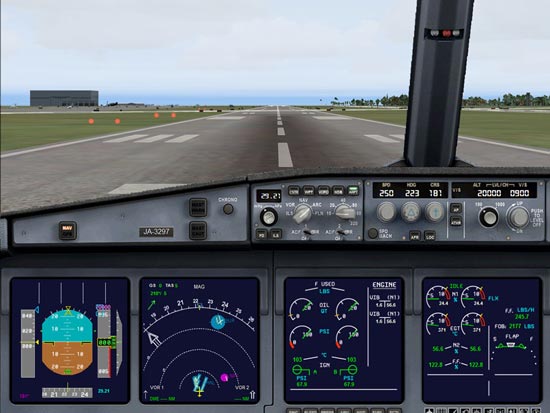