I adjusted my headset, loaded up the Learjet 45, and got ready for some multiplayer fun. Right off the bat you can see that a bit of patience and a sense of humor is required for unregulated, online multiplayer flying. You have all different types, ages and skill levels represented in both the controller positions and in the airspace around you. The game I joined was flying out of Vancouver International and there were two controllers working the radios. Though they weren’t exactly NATCA caliber, they were pretty competent although the phraseology was sometimes a bit suspect. The other players in the other aircraft however, ranged from annoying kids to what sounded like other veteran pilots. The biggest frustration is probably people with poor microphones or people that leave their microphones “open” so that you can hear their kids crying in the background. It was very cool though to hear accents from all over the world. Our female controller was Australian and one of the 747 “heavy” drivers was Norwegian. 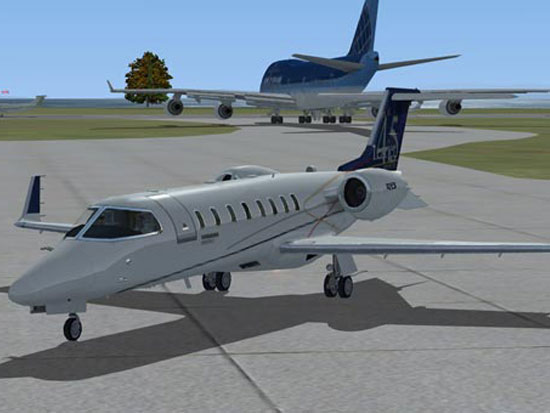 Voice communications is accomplished by hitting the “CAPS LOCK” key to transmit, although in the future I’ll map that to a button on my yoke. The voice communications is adequate, but not ideal. Obviously it runs through FSX and I’m not so sure that a 3rd party application might not be better suited to simulate air traffic control operations. The reason I say that is that with the FSX setup you can hear multiple people transmitting at the same time (full-duplex back and forth instead of simplex as is the case in real aircraft) and there is no feedback as to when they (or you) have started and stopped transmitting other than that their voice ceases. Having used a few different voice programs over the years I understand that TeamSpeak is one of the most widely used, although I feel the sound quality (more radio-like) and microphone squelch breaks that Roger Wilco uses would more closely replicate air to ground communications. That’s just a personal opinion.

I didn’t have any problems communicating with the controller other than the occasional interruption by users that were testing their mics or had tied them to their dogs in the backyard or something. The controller cleared me to taxi and hold short of runway 8R and I went over to the run-up area to set up my navigation equipment. I was planning on shooting several instrument approaches to 8R so I set up my navigation radios and also made sure the GPS was set to display my position so that I could double check the ATC controller. 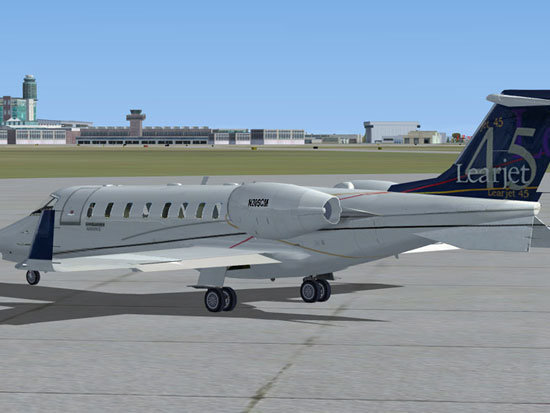 The action that was going on around me was almost (well, ok, it definitely was) comedic with the controller issuing vectors to people that must not have known how to read a compass. During the course of about 5 minutes I’d estimate about 600 or so people died as one 747 flew off into the mountains northeast of the field while another 747 suffered some sort of electrical failure (according to the kid driving it) and plummeted into the Strait of Georgia. I get the feeling that some folks should probably be flying the more docile Cessna 172s and Caravans instead of the more difficult aircraft. The reason I like the Learjet is that it is small, fairly nimble, and has nice panels for flying both instrument and visual approaches with. Soon enough it was my turn to takeoff and I blasted off down 8R. I asked for vectors back around to an ILS 8R and the controller seemed to be a bit flummoxed with that request. I’m assuming he was too busy coordinating the rescue of the 600 lost passengers. I told him I could work myself back over to the ILS and he sounded relieved to be free of that duty. Later on he did vector a 737 nicely onto the approach, so I know he was good enough to do it if he hadn’t had so many other distractions (the microphone tied to the dog was still running around somewhere in the world). I just used my GPS to fly a long downwind and set myself up to intercept the localizer, all while using the autopilot. 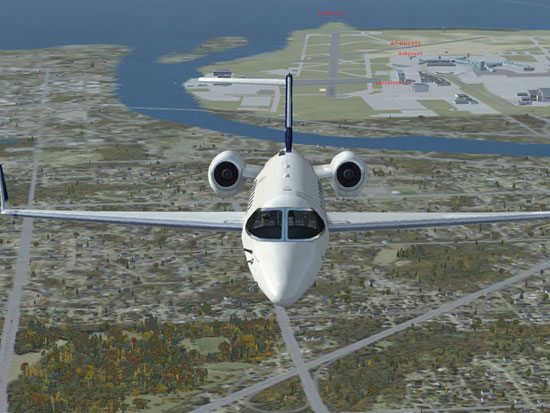 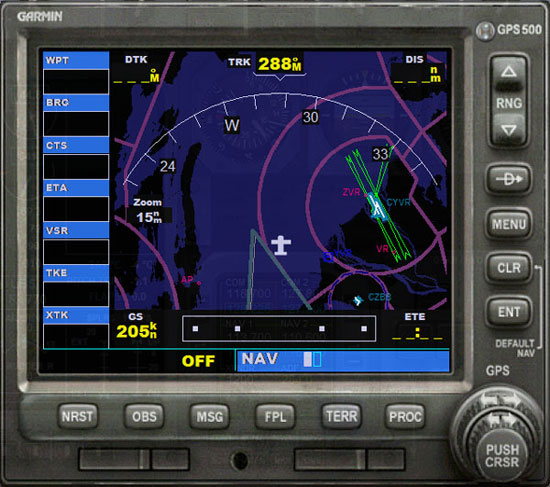