Connectivity was no problem and aircraft taxied around the airport without much signs of warping, although it did happen occasionally. I didn’t attempt any formation flight so I can’t address how good the connections are in that regard. I can see how getting together with a serious minded bunch of people, or even just a bunch of people that want to have a good time and know what they are doing, would be a blast. Flying on the public server was fun too, but it definitely attracts all different types. On my next approach in the tower warned me of a Trike that was heading right at me on short final. He just missed me but for some reason he had it in for me and as I taxied off the runway he clearly tried to pull a Kamikaze and run into me. The stupid dolt couldn’t even fly a 50 mph Trike though and impacted the ground next to the taxiway. There is (I think) a process for banning people from a server, but I didn’t explore it so I can’t comment on its effectiveness or use. 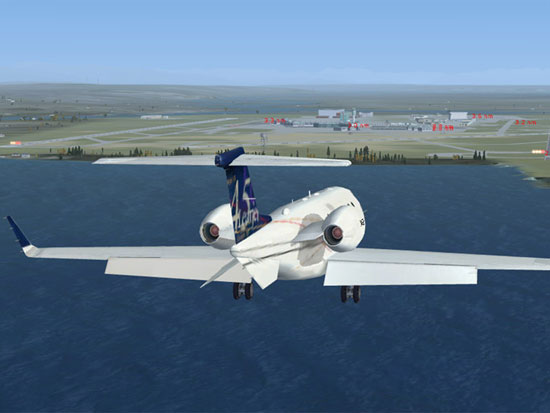 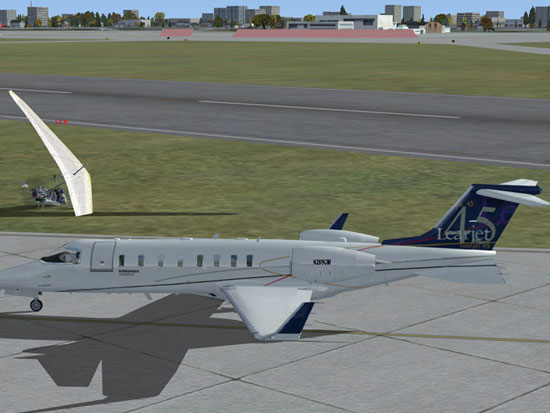 All in all I had a great time with the multiplayer aspect and I know I would enjoy getting onto some sessions with good controllers and participants. The voice communications is adequate but not stellar in its implementation but I have to give FSX credit since you don’t have to hassle with setting up anything externally. For the computer savvy online community the in-game comms will probably be sub-standard, but for regular/casual consumers the feature is nicely implemented. The ability to be a controller (no matter how good or bad you are at it) is a great feature that adds a whole new dimension to Flight Simulator. And finally, the ability to join in and fly together in the same airplane is a great feature (that I didn’t test).

Originally I had intended to dedicate a section of this review to tweaking and performance enhancements, but to tell you the truth, I’m just plain worn out. After a bit of moving and bumping sliders and checking and unchecking boxes using the in-game menus, I was able to strike a nice balance of graphics and frame-rates. Yes, some of the screenshots, in this review were taken, for illustrative purposes, at detail levels that were completely unflyable, but most were taken at medium detail levels. FSX at medium detail blows away stock FS9 and even exceeds some of the payware add-ons. There are plenty of guides out there in the community that will help you manually edit your configuration files and replace textures to derive better performance if you seek to do that. Alternatively, you can wait for the hardware to catch up, but I think you’d be missing out on a lot of good stuff. The promise of Vista and DirectX 10 are out there too, although I seriously doubt they will miraculously cure those with mid-level systems of their woes. 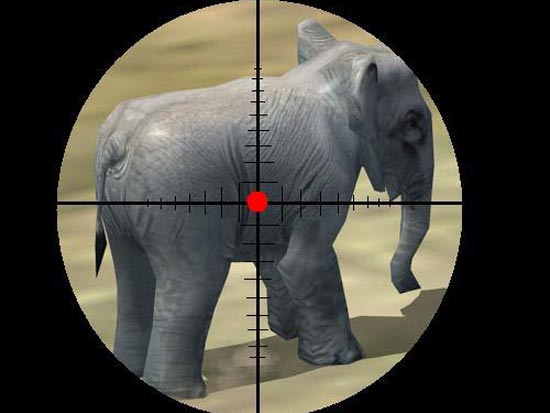 I’ve had enough chasing around that damn baby elephant!