My Installation went without a problem. I understand several people with DVD burners have been having some trouble getting the title to install. It is still undetermined as to the source of the problem, but copy protection problems are suspected. This problem has been reported on both DVD burners and simple CD-ROMs as well. My reviewer’s version didn’t come with copy protection, so I cannot comment on the situation firsthand, but I had no problem with installing. Additionally, there is a just released “no-CD” file available on the Internet that reportedly speeds-up the start-up performance and the performance of the game. SimHQ cannot endorse or recommend the file or it’s viability. But you should be aware it’s out there and it has solved multiple issues on some players computers. A new beta patch is expected in the imminent future, but no comment if it addresses any of these concerns. What has been announced is listed here in Oleg’s post at the Ubisoft Forums. We suggest that owners of DVD-ROMs keep an eye on the boards both at SimHQ and at Ubisoft for the latest information on the topic.

The game installed quickly with the DVD-ROM version, much more quickly that the old fashioned manner that it took for a combined IL-2 / Pacific Fighters setup. I noticed that IL-2: 1946 installed in a separate directory than the original game. This is somewhat important if you are a Hyperfighter player used to flying with a traditional 4.05 patched setup. Since this is still currently the version used by a majority of online fliers in Hyperfighter, it is nice not to have the worry about IL-2: 1946 screwing-up current gameplay.

Essentially, setup of the game is identical to the original. Players have the opportunity to select DirectX or Open GL and can setup the level of detail based upon a systems ability to run the game. In addition, by looking in the readme you will have the opportunity of changing settings in your setup file to increase water realism, to add advanced clouds (a precursor to the new SoW:BoB clouds). It is highly recommended that you read the readme (located in the 1946 directory) and utilize the suggestions there to maximize your settings for your specific hardware.

It’s not that you cannot get by without diving into any ini files. Many of the screens you will see were done with no changes to the ini. Some folks aren’t exactly comfortable mucking around in their game files and that is understandable. Changing things manually isn’t critical, but if you have the hardware to run the more advanced water and cloud effects, then it is certainly worth their time. 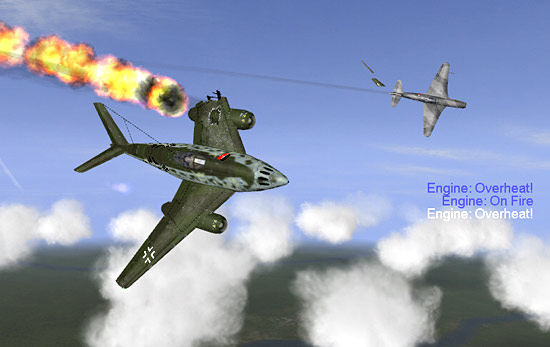 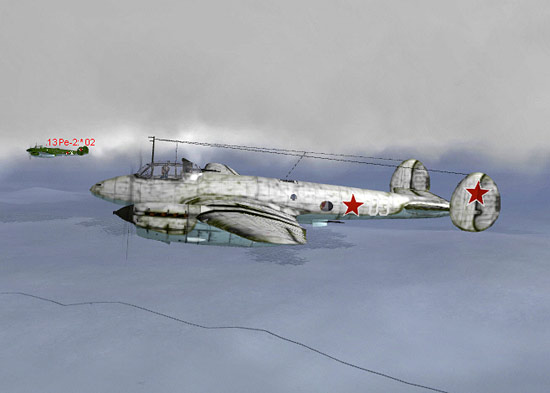 There are some curiosities in the version that I have, some things that I am sure will be commented on. For one, the opening video is the same one found in Pacific Fighters. I am somewhat surprised that a new video introduction wasn’t created to inaugurate the new update. Forgotten Battles, Aces Expansion Pack and Pacific Fighters were all graced with a new splash screens and video, but not with IL-2: 1946. The music is the same as well. This is a ridiculously minor gripe, but something noticeable right off the bat and somewhat surprising. In general, the trim and fit of Maddox Games productions is top notch and a minor but noticeable thing like this is unexpected.

Overall though the game sets-up and plays just like an updated and patched version of the game. In general people who have played the originals will have little trouble setting-up the game. The input settings are identical, the keystrokes are identical, everything is identical. This is good and bad. I wish they would have assigned keystrokes to things like chocks, tailhooks and other things that were not assigned with Pacific Fighters. Again, this is a minor gripe and since most people reassign keystrokes anyway, it isn’t that big a deal. Like in Pacific Fighters though, guys who jump into an aircraft on a carrier may be confused when they can’t figure out how to lower the wings on their aircraft or release chocks. Then again, this isn’t a simplistic game, it does take time to set up and run.

The only other issue I had was getting the game to run well under Windows XP 64-bit version. The game is unfortunately a virtual slideshow under that operating system. Could this pose a problem for the game under the upcoming Windows Vista system? It will be interesting to see if the game runs well under Microsoft’s new OS. I can’t imagine a kiss-of-death more telling than to have your game not run under what will eventually be the OS everyone will be using. I would definitely suggest to Oleg that they figure out a way to make the game work well under Windows Vista. Otherwise, legacy system, anyone?