The first question that comes to some folk’s minds is what does the word ‘fixed’ mean.  Simply put, it refers to a sighting reference that does not move.  There are several types.  Up to the beginning of WW2, the most common was the ‘ring and bead’ sight.  Note the ring and bead sight mounted in front of the windscreen of this P-40.

Basic operating principle
This type of sight was used in the same way a shooter aims a rifle.  A rifle has two sights…a rear notched sight and a front blade sight.  The idea is to aim the rifle with the top of the blade aligned in the notch.  This aligns the shooter’s eye to the barrel gun line.  The shooter then takes that ‘sight picture’ and aims it at the target.  The next drawing shows a typical rifle sight aiming picture. 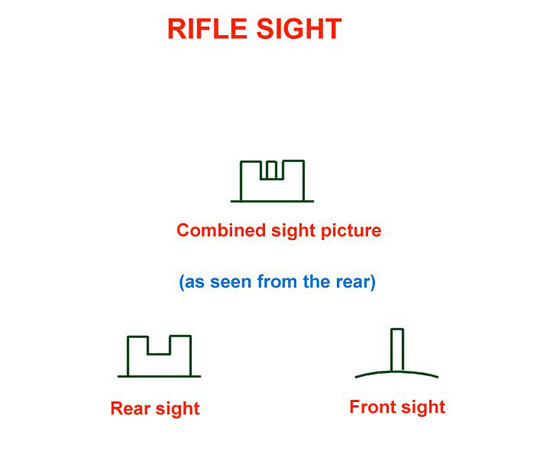 The ring and bead sight works the same way.  The ring represents the rear rifle sight, and the bead represents the front blade sight.  When the pilot aligns the center of the ring with the bead, he is looking down the sight line.  Let’s recall our discussion of harmonization.  The gun line is adjusted to cross the sight line at some predetermined point in front of the aircraft.  The operating principle then is simple…line up the target using the ring and bead and shoot, as the following picture demonstrates. 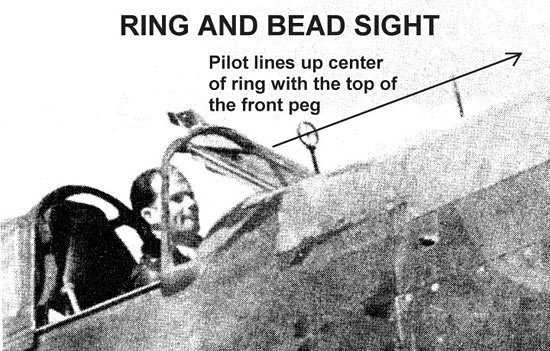 We should stop for a moment and make an important observation.  It is much easier for a pilot to adjust the aim of a fixed sight if that sight is lined up with the roll axis of his aircraft.  If this is the case, when the pilot makes flight control inputs to correct his aim, the aircraft will roll around the gunsight axis.  If, however, the gunsight line is not aligned with the roll axis, then the pilot cannot use the sight as an aiming reference when making corrections.  The reason for this is an aiming problem known as ‘pendulum effect’.  Those of you that flew Sabre Ace will remember the difficulty in trying to use the gunsight as a maneuvering cue.  This was because the roll axis of the F-86 in that simulation was not aligned with the gunsight.  The next figures explain pendulum effect. 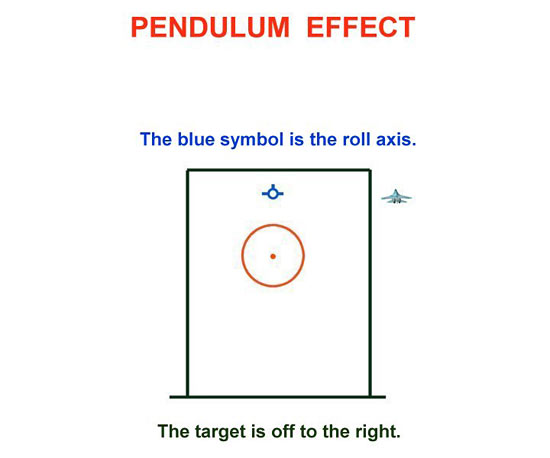 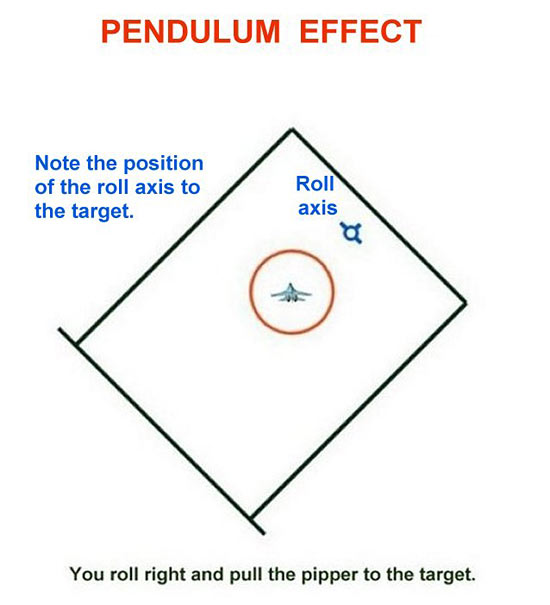 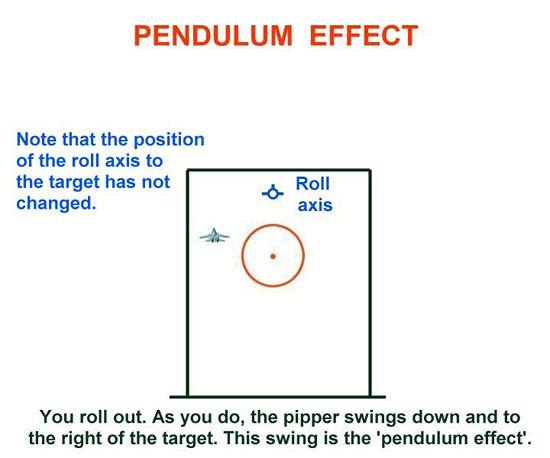 The ‘ring’ part of the sight often had one or two circles.  The diameter of these circles could be used to estimate target range.  This is done by using a technique known as ‘stadiametric ranging.’  This concept is a central part of many past and current gunsight designs.  In the discussions to come, we will look at reticles and funnels that use this principle in their operation, so a clear understanding of this is a good thing to have!