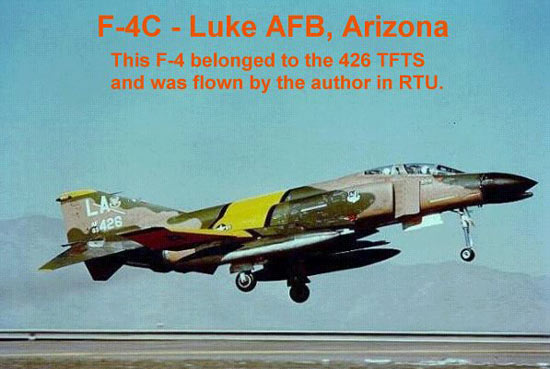 Because of this, the flight lead tries to limit the use of the term “standard” in his briefing. With more experienced flight members, he could streamline his briefing by referring to the manner in which routine in-flight tasks and procedures are performed as “standard”, but today he will have to cover that material in more detail. That gets a pained expression from a couple of the more experienced flight members, but the lead ignores them…everybody was a new guy at some time! His briefing is done in a chronological order following the typical mission flow. He makes sure the #4 pilot, a new guy, understands how and when to do the spinner check (spinner check – immediately after takeoff and once the flight is joined up, the #4 pilot will fly close underneath the other fighters and look over their bomb fuzes carefully. If he sees a bomb fuze impeller spinning (and therefore arming), he will immediately alert that plane’s pilot to jettison that bomb). 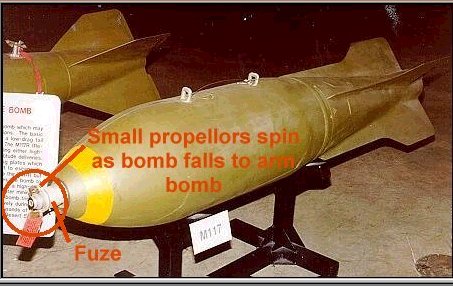 Then the flight lead briefs the flight’s various formations. He covers formations and procedures to be used for attacking ground targets as well as air combat. He concludes up with his air refueling plan and the “travel” formation used to and from the target area. Now that he has finished with the routine mission details, he moves on the meat of the mission, the attack plan. 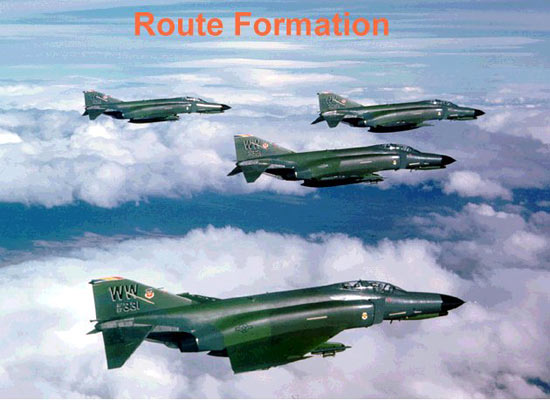 The majority of the attack briefing is spent on ground attack procedures since that is their primary tasking. He briefs the dive angles to be used as well as the minimum altitudes to be observed. He uses the blackboard to draw the “sight picture” for the various dive attacks (sight picture – how to use the HUD and pipper to line up for a diving attack). The lead places special emphasis on crew coordination for checklist use and target confirmation…he doesn’t want any “short rounds” (short round – accidental weapon impacts on friendly troops). The leader ends his briefing by covering alternate mission possibilities such as intercept procedures and reminds the flight of anticipated threats and associated RHAW indications. He has finished early enough to allow each pilot to quickly review mission details with his ownGIB (GIB – “guy in back”, the weapon system operator).

With the briefing complete, the crew members make one last stop by the head (the mission could last several hours and fighters do not have lavatory facilities!!). The next stop is the Life Support Shop where each crew member puts on their g-suits, combat vests, and harness in that order. They make sure all personal items are left in their lockers (they keep their ID card, Geneva Convention Card, and dog tags). The sergeant in the shop issues each a Smith and Wesson .38 Combat Masterpiece with ammo. Some ask for additional rounds. The last thing left to do is to grab a bottle or two of frozen water out of the freezer ( these are small plastic water containers about the size of a flask. These will be placed in the g-suit pockets. Later in the mission, they will have thawed out and will provide a welcome drink on the way home).

The flight leader says, “Well, it’s step time guys…see you on button one“. Step time is the pre-briefed time to leave the squadron building and proceed to the jets. After inspecting the F-4 and its weapon load, each crew will strap in and be on squadron frequency (button one) for engine start.

Aircraft Red Leather, Seat INOP Do Not Use, Placard
$19.99