At check in time, the lead radios, “Wolf 20, check”, and each flight member responds in turn, “Two, Three, Four”. Lead sends the flight over to ground control, “Button two and start”.

Each aircraft completes engine start and pre-taxi procedures. The flight lead gives everyone ample time to finish these items and then checks the flight in on ground control, “Wolf 20, check”. The flight answers as before with a crisp check in…each flight member remembers the old truism…the flight that sounds crappy, flys crappy as well. All know full well that the whole world is listening in, and no one wants to incur the wrath of the flight lead because of sloppy radio discipline. “Ground, Wolf 20, taxi four”. Ground control responds with taxi instructions.

The flight lead taxiis the flight into the arming area short of the runway. The arming ground crews go under the jets to remove the remaining safety pins and perform a last chance check of each jet. They look for leaking hydraulic fluid, cut tires, etc. Lead sees his #2 pilot fiddling with something in his cockpit. Lead quickly admonishes him with a curt call, “Two, get your arms out”. Safety procedure requires no one to be moving cockpit switches while crewmen are working under the aircraft. The pilot, a newly assigned Lieutenant, jerks his arms out and places them on the canopy rail. With his helmet on and visor down, no one can see the embarrassed red flush to his face.

With arming complete, the lead sends the flight over to tower frequency. The flight is cleared for takeoff. Lead looks around at each pilot, and then taps his helmet and nods. At the nod, each pilot in Wolf flight lowers his canopy in unison…more of the “look sharp, fly sharp” philosophy. With the canopies down and locked, the formation takes the runway. Each jet is positioned in the pre-briefed line up position. In this position, Lead takes the right half of the runway and his wingman, #2, moves into position on the left half, angled back on the left side of Lead. The #3 pilot lines up himself and his wingman behind Lead in a similar manner. In this line up, Lead cannot see the #3 and #4 aircraft, so he looks at #2 who can. The #2 pilot looks for an OK signal from #3 that the second element (element – two aircraft) is ready to go. They are all set. #2 then give the Lead a thumbs up that the other flight members are ready. Lead looks forward, taps his helmet, nods his head quickly forward, and releases the brakes. At the head nod, #2 hacks his clock (hacks – starts the seconds timer) and twenty seconds later, releases his brakes and smoothly advances the throttles into full afterburner. The twenty seconds of separation allow sufficient time for lead to get airborne before #2 starts his takeoff roll. This time interval is necessary to allow the aircraft ahead to abort and possibly take the barrier before the next aircraft begins its roll (barrier – a cable across the departure end of the runway. An aborting F-4 will drop its arresting hook to engage the cable to stop the jet before it runs off the end of the runway.)

After takeoff, the lead starts an gentle turn to allow each flight member to rejoin. As #4 approaches the flight, he slides slowly under each aircraft. He and his GIB carefully look over each jet for “spinners”, and then he moves into his position on #3’s wing. #2 then checks over #4. With #2 back in position and the spinner check accomplished, the lead kicks the flight out into route and starts a climb to cruising altitude. (kicks – uses the rudder to fishtail his aircraft. This is the visual signal for the other aircraft to widen the spacing to “route” formation…two to four wingspans separation). The lead calls for an ops check to make sure everyone’s external tanks are feeding and continues the climb (ops check – fuel and aircraft status check). The jets are heavy with fuel and ordnance…cruise will be at FL200(FL200 – with altimeters set to a standard pressure setting, Flight Level 200 is about 20,000 feet).

With the flight in order, it’s time to get to work. Since the flight did not have any specific tasking (tasking – mission assignment), the lead will have to contact ABCCC (ABCCC – Airborne Command and Control Center. Today, ABCCC is a C-130 with the call sign of “Cricket”). The flight lead checks his freq card and then sends the flight over to the ABCCC freq. 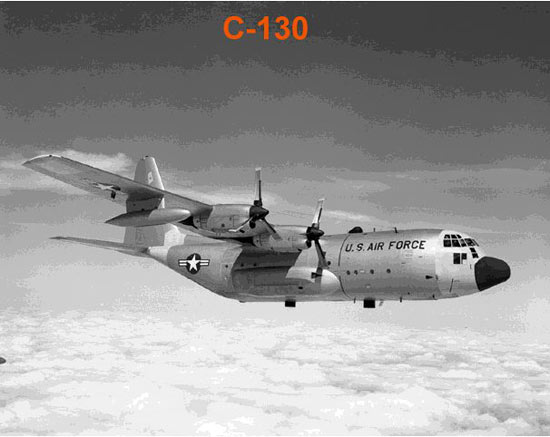 After checking the flight in, the lead radios, “Cricket, Wolf 20 looking for words“. The lead is asking ABCCC for his mission assignment. Cricket responds with, “Roger, Wolf 20, authenticate Charlie Bravo“. Cricket is asking the F-4 leader to reference his authenticator card to find the letter that matches the letters CB. Lead’s GIB is ready for this and answers back, “Wolf 20 has Tango“. Tango (the letter T) is the proper pairing letter off the card. The authenticator card is issued for each mission and is changed daily. Once this challenge and response is done, the Cricket mission controllers first review the “frag” (frag – fragmentary order, the pre-planned list of targets for today). Instead of selecting a target from the frag, Cricket has something different in mind for Wolf flight. Cricket has just gotten word of somepop-up tasking that needs an immediate response (pop-up tasking – a target not on the frag).

Cricket radios the flight, “Wolf 20, we have a TIC at Channel 81, 270 for 40, contact Nail 12 on Button 5“. This info means that the F-4 flight is being sent to a close air support (CAS) mission where friendly ground forces are engaged with the enemy (TIC=Troops In Contact). Channel 81 is the identifier of a TACAN navigation radio, and 270/40 is the bearing and distance (270 degrees at a distance of 40 miles) of the target area off the Channel 81 TACAN.