No such luck. Even though the lead waited the four seconds needed to get a good launch solution, the missiles didn’t hack the close in shot. Both went ballistic as the F-4 and MiG-21s met head on. But Lead hardly knew it. He was already pulling hard into the vertical and then reversing hard down on to the two MiGs who were in a hard left turn. 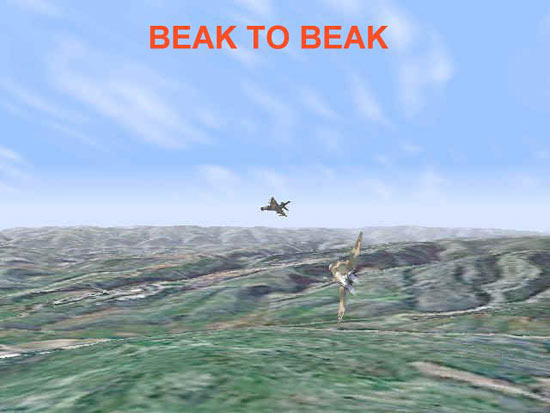 Meanwhile, the newbie in #2 was finally getting into the act. He too had repositioned high and was now slicing back down inside the MiGs turn. He had switched to heat (selected his heat sensing missiles – AIM-9s) and was getting a good tone (good tone – a buzzing sound in his helmet speakers that indicates the AIM-9 seeker head is detecting a target). He had a chance for a shot but would have to switch roles with Lead. “One, two’s your left, seven o’clock, one mile, I’ve got a shot.” Lead sees his wingman and realizes that his own maneuvering will take too long. He decides to give the wingman a shot. “Roger, Two…one’s tally, visual, free…hose that mutha!” With those words, the EF and SF roles are reversed and number two is free to press the attack.

Sweeter words were never heard by #2. He calls “Two’s engaged!,” and pulls the trailing MiG into the center of his HUD. 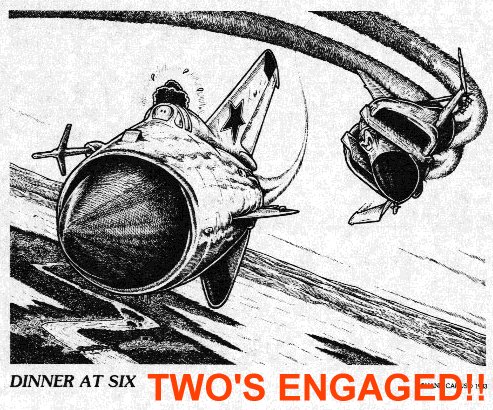 As the MiG approaches the HUD pipper, the intensity of the AIM-9 tone suddenly changes from its background buzz into a full-throated growl as the seeker head detects the afterburner plume of the MiG-21. The old head in the back seat is now straining to see over the front seater’s ejection seat…he wants to see this kill. He can just make out the silver outline of the MiG. He too hears the solid tone from the AIM-9 and is just about to say something encouraging, like “Shoot the ‘sumbitch’, when he hears “Fox Two…Fox Two!!” The GIB watches the two missiles leap forward, give a wiggle or two before homing directly on their target. They don’t miss, and the ‘21 explodes as the first missile impacts. The second heater detonates in the fireball. The old head yells “Shit hot, shit hot” and turns his eyes to follow the remaining MiG as it rolls its wings level and tries to flee. 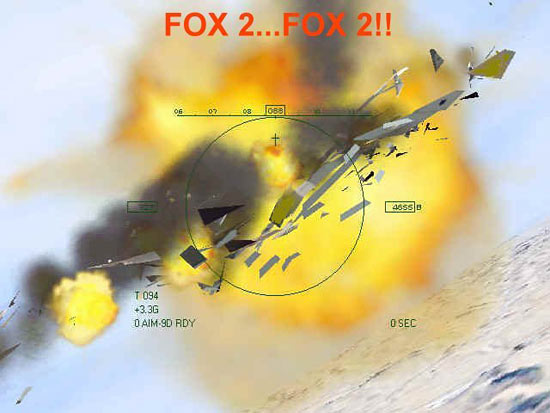 Meanwhile, Lead is hawking the fight from above (hawking the fight – watching from a position above and behind). At his low, ten o’clock, he sees the surviving bandit continuing in a left turn and notes the #2 aircraft crossing the bandit’s six o’clock. 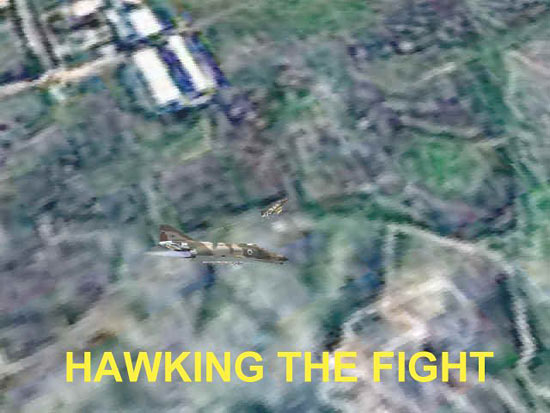