In the #2 a/c, the old head in the back is trying to get a very excited Lieutenant to calm down! The pilot has gotten fixated on his kill and has left the motors in full blower (full afterburner). The clean F-4 rockets ahead. The GIB yanks the throttles back but not before his aircraft overshoots the surviving MiG’s flight path. As he tries to get his pilot back into the fight, he hears Lead radio, “Two, come off high right, I’m at your eight.” His pilot, realizing what’s happened, calls “Two tally, visual, off right, press.” Once again the contract has been changed…now it’s Lead’s turn. 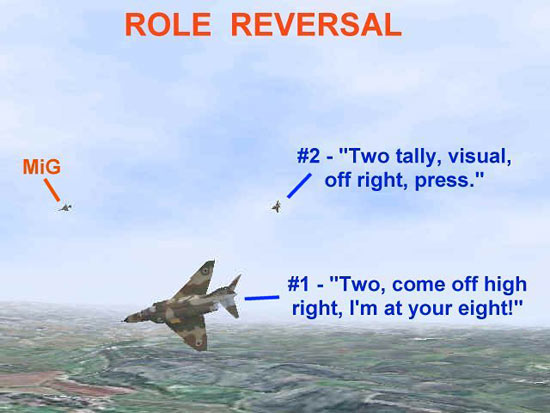 Figure 15 shows the role reversal where Wolf lead reassumes the role of ‘engaged fighter.’ But something else is evident also. Look at the fuselage alignment of #1. See how Lead has pulled into the turn to get his fuselage aligned as much as possible with the MiG? He is setting himself up for a Barrel Roll Attack maneuver. Once he has his fuselage aligned (meaning, reduced his angle off), #1 will begin a pull up and a slow roll into the MiG… This roll will put him at the MiG’s six and will allow the distance between himself and the MiG to increase. Lead is ‘backing’ into missile parameters. He’ll roll around the MiG’s flight path, allowing the MiG to extend slightly. Then Lead will pull his nose back down to the MiG, get a good tone on his ‘Winder, and then shoot. In this instance, the Barrel Roll maneuver is better suited to the geometry of the set up than the High Yo-Yo…it preserves low angle off while reducing the aspect angle and takes less time. It’s a winner of a maneuver…something the MiG is about to find out! 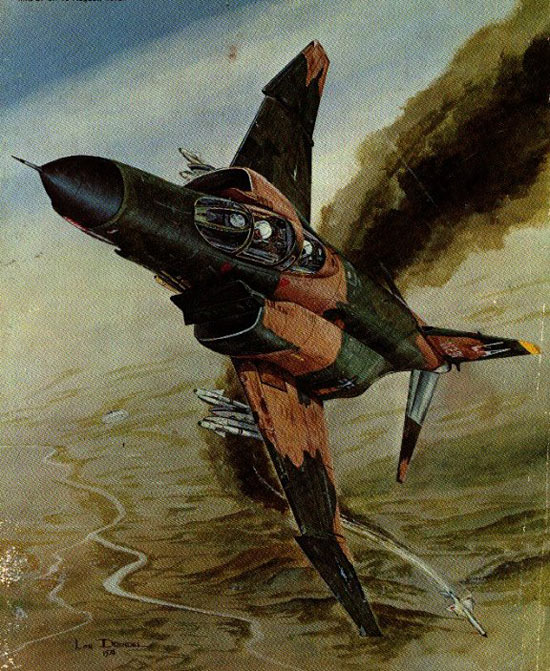 Seconds later, the remaining MiG bites the dust, but before the celebration begins, there’s still work to be done. Wolf lead needs to get this act together. “Two, line right.” He sends #2 into line formation as he starts a turn towards home and begins a climb. “Wolf three, say position.” “Your four o’clock, three miles, level.” “Roger, three, line left. Wolf, ops check, one’s 6,000.” After the other flight members tell lead their respective fuel states (ops check in thousands of pounds of fuel), the lead takes a big breath and radios Cricket. “Cricket, Wolf 20, splash two gomers, looking for words.”

Cricket, who has been listening to all of this, responds, “Roger, Wolf. Good work. Snap 230 and climb to base plus 5. Cherry is waiting for you with some happy Thuds. Contact Cherry on button three. Cricket out.” 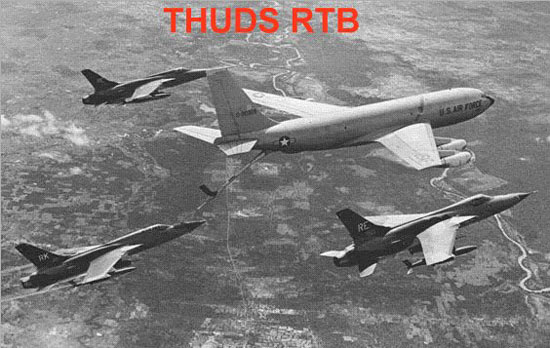 And so ends our story. Hope you all enjoyed reading it half as much as I did writing it. Take away from this the idea that this air combat stuff is more than just running around with your hair on fire. There are tried and true procedures designed to keep you alive and the bandit dead. BFM is important…but so are flight management and effective radio procedures. Until next time….. 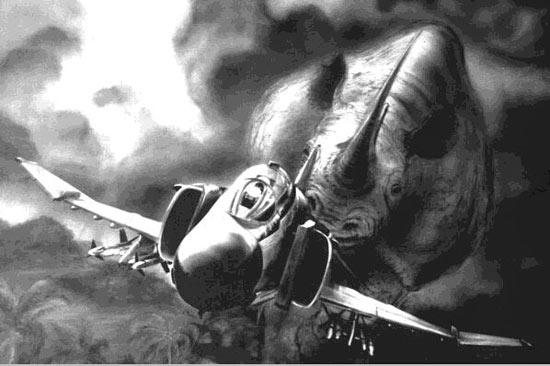