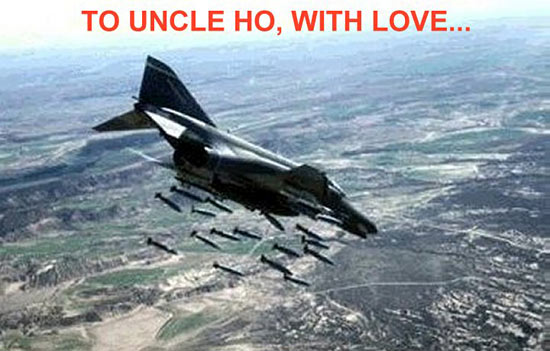 I know, I know…in Part One of this article, I told you that I was going to tell you how to determine where the aim off point (AOP) was at…from the cockpit viewpoint, I mean. And I really didn’t…oh yes, I told you it (the AOP) could be measured in mils or it could be measured in feet, but I was a bit amiss in that I didn’t give you any more concrete info than that. Especially after I made a big deal about how important the AOP was. I’m guilty…I did tell you that the AOP determined the accuracy of your dive attack. Your dive attack depends on certain parameters being met (dive angle, for example)…and I was very emphatic about how the AOP figured into that situation. I am ready to make good on my promises!! In this second article on A2G, I’m going to explain how the real world pilot manages to get aimed at the correct AOP…but I won’t stop there. Part Two will finish off the look that we are taking at the basic delivery pattern. My basic contention remains that the more you understand real world maneuvers and concepts, the more satisfaction and fun you get from your simulation.

In the first article, we pretty much concerned ourselves with what it looked like at the pickle point, and that’s all well and good. That’s where your check gets cashed…but at some point, you had to put the bucks into the bank to begin with…and that’s where this article leaps off from. So, let’s leap!!

I’ll start by outlining the flow of the discussion. As in Part One, you will find the upcoming info to be based on mathematics…well, this is a fact of life in real world fighter maneuvers. From the landing pattern to the gunnery pattern, fighters are flown ‘by the numbers’…I’ll do my best to stick to the KISS principle (Keep It Simple, Stupid!!). Here are the main ideas to be advanced:

As in the first article, I excuse myself from any discussion of computer aided deliveries such as CCIP…we’ll get to those after we get the basics out of the way.